Obama's Plan to Spread the Wealth 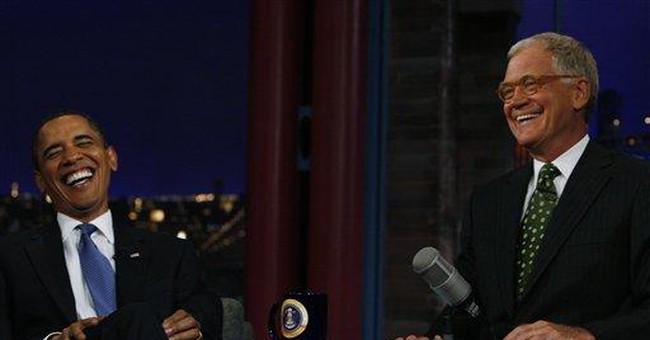 When Barack Obama told Joe the Plumber he planned to "spread the wealth around," many people didn't realize he was not talking about spreading the wealth only of the super-rich. Now that Obama is elected, he is moving rapidly to expand welfare handouts for non-taxpayers, running up a tremendous national debt that will inevitably lead to higher taxes on the middle class.

The enormity of this transfer of money away from working, taxpaying Americans to non-taxpayers (who voted overwhelmingly for Obama for president in 2008) has just been detailed in a sensational 53-page report by Robert Rector of the Heritage Foundation. There are not enough superlatives in the English language to adequately describe the colossal amounts of money involved in the Obama administration's shocking cash transfers.

Most people don't realize that the federal budget has become a vast machine for transferring wealth from the upper third of Americans (who pay 90 percent of federal income taxes) to the lowest third of people, who earn less than 200 percent of the government-stipulated "poverty" level and pay no income tax. The size of this massive annual transfer rose by 40 percent to $714 billion over the last 10 years and is projected to rise to $1 trillion per year by the end of Obama's first term.

The term "welfare" embraces much more than the single program formerly called AFDC that was "reformed" (and renamed TANF) in 1996. It includes 70 other programs that provide unearned cash and non-cash benefits to people living in low-income households (but does not include Social Security, Medicare and unemployment compensation, which are earned through work and available to almost everyone).

Obama didn't invent these means-tested transfers -- they mostly started with Lyndon Johnson's Great Society welfare programs. Like most government programs, the cost of these welfare and aid-to-poor-and-low-income-persons handouts has increased, and Obama demanded vast additional increases, which Congress passed in the stimulus and omnibus bills.

Welfare spending was 13 times greater in FY 2008 than it was when LBJ started the Great Society in 1964. Means-tested welfare spending then was 1.2 percent of our gross domestic product (GDP) and now has reached 5 percent.

These programs are now the third most expensive government activity, ranking below Social Security and Medicare spending, and education spending. National Defense ranks only fourth.

The real cost of these programs is unknown to the American people (one could say, kept secret from them) because the spending is distributed by 14 departments and agencies though 71 different programs. We are fortunate that Rector, a numbers expert, has made a painstaking analysis and shone light upon these transfers.

In fiscal year 2008, government spending on means-tested welfare or aid to the poor amounted to $714 billion, of which approximately three-fourths was federal spending and one-fourth came from state government funds. States are required to match a percentage of federal welfare outlays.

Rector ran an adding machine tape and concluded that means-tested handouts in FY 2008 amounted to about $16,800 for every poor person, defined as below 100 percent of the designated poverty level. When welfare spending is related to the larger group of persons who qualify for benefits below 200 percent of the "poverty" level, we are giving $28,000 per year to every lower-income four-person household.

Why are we told that we have so much inequality in the United States? That's because the Census counts only 4 percent of these welfare gifts to low-income people as their income, and most government discussions of poverty do not even refer to the massive transfers of money taking place.

To get an idea of how big the debt Obama is creating is, which ultimately will have to be paid by the middle class, let's compare spending on welfare to spending on fighting wars.

Under Obama's budget, which has already been passed by Congress, federal welfare spending will increase by $88 billion in 2009, plus an additional $175 billion in 2010. This two-year increase of $263 billion will bring total federal and state welfare handouts to $890 billion a year, which is more than 6 percent of GDP.