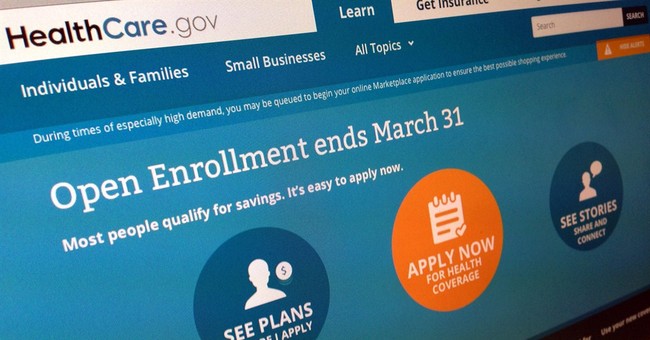 Trending
While the dominant Republican slogan on health care remains “repeal and replace,” there is little agreement on what “replace” means. But if we wait until Obamacare can be repealed before developing a consensus on positive health care changes, major parts of Obamacare will be even more entrenched and its seductive goal of universal coverage may push us instead toward fully government controlled single-payer system.

So what to do?

Two competing visions have been offered by leading conservative health care analysts. Manhattan Institute scholar Avik Roy has introduced a provocative new universal coverage plan that – if it worked as advertised – would be clearly superior to Obamacare in all of its particulars: it would lower premiums, cover more people, save taxpayers trillions, and do so without an individual or employer mandate.

Roy believes his plan would “transcend Obamacare,” and therefore could potentially gain Democratic support and clear the 60 vote hurdle in the Senate. But Democrats have shown no willingness to act on anything related to Obamacare, blocking dozens of House-passed bills making even minor changes like restoring the 40 hour workweek.

Even if Republicans take control of the Senate, few if any Democrats are likely to support a plan like Roy’s that moves future retirees off of Medicare and into reformed Obamacare exchanges. So the plan accepts the premise universal coverage as a goal for a perceived benefit of political pragmatism that is unlikely to materialize.

Robert Graboyes of Virginia Commonwealth University is also sharply critical of “repeal and re-place,” but from a very different perspective. The problem with repeal and replace, he points out, is that it “assumes some enlightened Congress and president can muster the wisdom, altruism and ability to reinvent one-fifth of the economy. One new law would sweep away the old and fix the problems that preceded it” – a criticism that also applies to Roy’s plan with its system of universal coverage through exchanges.

Americans are more distrustful of grand plans than ever before, and they are increasingly skeptical of the idea that it’s the federal government’s job to guarantee health insurance.

Obamacare has created a backlash among the public that gives us an opportunity to smash the premise that guaranteeing health insurance is a proper function of government, and instead focus on getting the incentives right for more innovation and individual choice and better health outcomes.

Annual polling from Gallup tells the story: as recently as 2006, 69 percent of Americans said it was the federal government’s responsibility to make sure all Americans have health care cover-age. The rollout of Obamacare has sent that number tumbling to a low of 42 percent last year. A high of 56 percent said it is not the federal government’s responsibility.

This shifting reality means plans like Roy’s are calibrated to address a political problem that no longer exists. Americans no longer want a new government bureaucracy to give everyone health care – because it’s become apparent that, in practice, the results are unlikely to be any-where near what’s promised.

Thus Graboyes proposes a new paradigm: “The real divide in health care is between what I call ‘fortress and frontier.’ The fortress fears risk and protects insiders. The frontier tolerates risk and allows outsiders to compete.”

Indeed it is this paradigm shift – not a new comprehensive federal plan – that can actually trans-cend Obamacare.

Vast technological change is poised to transform American health care, delivering the promise of happier, healthier, longer lives through innovations that we can scarcely imagine – and that will be fiercely resisted by existing large institutions and their captive regulator and legislator allies.

We need to focus on public policies that put patients and doctors in charge of their health care, give greater choice and control, and knock down bureaucratic barriers to unleash the creative energies of Americans to innovate new cures and devices to enhance and extend our lives and improve our health.

We can’t need to wait for a big “repeal and replace” push; we need to start immediately with policies that will improve the lives of Americans now and in the future.