The Government Can't Be Trusted With Our Health 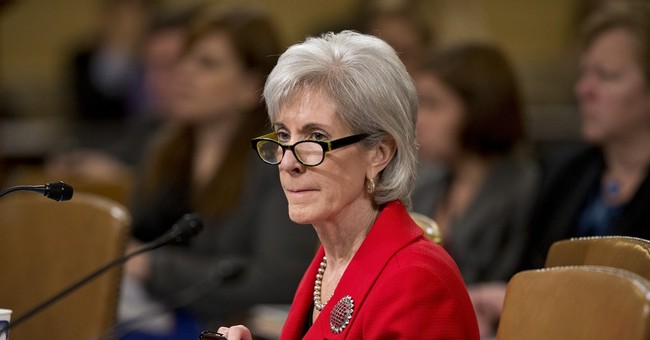 “We have a large government,” political consultant David Axelrod offered as a plea of ignorance to all of the scandals swirling around his boss. “Part of being president is there’s so much beneath you that you can’t know because the government is so vast.” And yet, thanks to Axelrod and Obama, we now stand on the precipice of the largest expansion of government power in almost half a century: Obamacare, officially known as the Patient Protection and Affordable Care Act (PPACA).

PPACA massively expands and empowers the same IRS that President Obama himself admits is an out-of-control agency that is being ineffectively managed by his administration. And it also creates sweeping new powers for the Department of Health and Human Services (HHS), which is being engulfed in its own scandal that, most likely, Obama will also claim to know nothing about.

According to the Government Accountability Office, Obamacare creates 47 broad new tax and regulatory powers for the IRS, including taxes on individuals, employers, health insurance providers, and medical device manufacturers. Implementing these taxes and attendant regulatory requirements will mean collecting a vast amount of data, including sensitive health information.

The IRS has already proven itself unworthy of such new powers. Not only in its systematic targeting of political enemies, shamefully including those groups “educated on the Constitution and Bill of Rights,” which was supposed to be a fix to early targeting based on the words “tea party” and “patriot.” These groups were, illegally, asked to reveal their membership lists and answer detailed intrusive questions. And while hundreds of conservative groups opposed to PPACA and its vast expansion of IRS power were stalled for over two years, liberal groups engaging in the exact same activities were approved quickly with no questions asked.

It is not an open question whether IRS abuse of power will extend to PPACA implementation; it has already happened. The same IRS commissioner, Douglas Shulman (a Democrat originally appointed by President Bush and retained by President Obama) who told Congress falsely, “There’s absolutely no targeting,” also spearheaded an illegal IRS rulemaking that effectively blocks states from exercising their lawful right under PPACA to opt out of the law’s vast new taxpayer-funded subsidies and employer penalty taxes.

Michael Carvin of Jones Day, the lead counsel in a recently filed lawsuit against the rule said: “The IRS rule we are challenging is at war with the Act’s plain language and completely rewrites the deal that Congress made with the states on running these insurance exchanges.”

So the same IRS that steamrolled political opponents is already overstepping its new health care powers to steamroll states. And the IRS is also, in a separate lawsuit, accused of illegally seizing 60 million private health record of 10 million individuals.

Meanwhile, the other lead agency in PPACA implementation has its own scandal. HHS Secretary Kathleen Sebelius has been calling corporate CEOs and shaking them down for donations to a left-wing group called Enroll America to aggressively promote PPACA and urge people to sign up for the law’s new entitlement program. Her actions violate several federal laws, and any other week it would have been a lead story instead of relegated to the number four scandal slot.

And while Sebelius is dialing-for-dollars, she is also reallocating money from a slush fund created by the law toward public relations and political activity instead of using it to help people with preexisting conditions. About 40,000 people with preexisting conditions will go without any coverage this year because Sebelius chose to end enrollment in the federal Preexisting Condition Insurance Plan in order to instead fund TV advertising and grants to lobbying groups. So HHS is abusing taxpayer dollars as well as shaking down private citizens for coerced donations, all to maximize spending on their political push to build support for the unpopular law, instead of actually helping sick people.

The scandals will only get worse. Government is already, by David Axelrod’s admission, too vast for the president to understand, let alone effectively manage. And it is spinning further out of control, with the health of the American people in the balance. Health care is simply too important to subject to politics and bureaucratic manipulation. It’s time to repeal PPACA and start over with real health care reform that empowers patients and doctors, not the IRS and HHS.