To Keep Drug Costs Down and Fairness Up, Stop the Abuses of 340B

Peter Pitts
|
Posted: Nov 17, 2020 12:01 AM
Share   Tweet
The opinions expressed by columnists are their own and do not necessarily represent the views of Townhall.com. 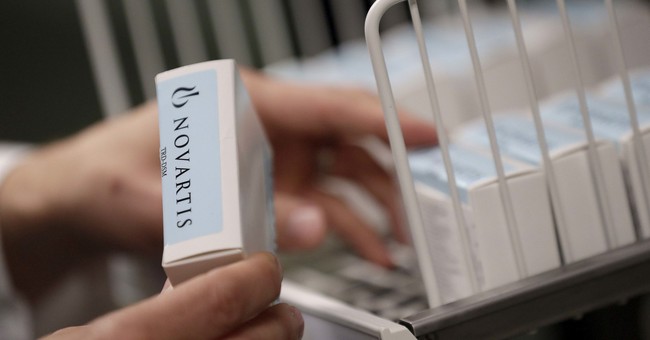 Alas, hospitals and pharmacies are abusing a federal program meant to help low-income patients.  New research from consulting firm Berkeley Research Group reports that these bad actors are lining their own pockets with discounts on prescription drugs at the expense of millions of disadvantaged American patients.

This exploitative behavior is unacceptable under any circumstances, especially now in the midst of twin medical and economic crises. Our lawmakers mustn’t let this abuse continue.

Before 1990, many drug manufacturers voluntarily provided drugs at steeply discounted prices to medical facilities that served a disproportionate number of poor and uninsured patient populations.

Then, in 1990, Congress passed a law that turned this voluntary practice into government mandate. The law required that drug manufacturers offer Medicaid -- the federal-state insurance program that covers low-income Americans -- the lowest possible prices for prescription outpatient medications.

A good intention to be sure. But in doing so, Congress denied drug makers the ability to continue to provide voluntarily steep discounts to charitable hospitals and clinics that provide care for the most in-need patients. A dangerous unintended consequence.

Lawmakers intended for these now-mandatory discounts to boost access to medications for the most vulnerable patient populations. Unfortunately, instead of serving uninsured and low-income Americans, the program has become a revenue generator for hospitals and pharmacies. And, in the process, contributed to rising drug costs for Americans with private insurance plans.

Why?  Because 340B only requires caregivers to meet certain minimal thresholds for the number of medically underserved people they treat. For many hospitals and clinics, these eligibility standards are easily reached. So, they can purchase drugs at 340B discounts -- regardless of whether they're given to any low-income patients or not -- and prescribe them in bulk to privately insured patients. The healthcare provider can then bill the insurance company for the full cost of the drug -- plus a mark-up -- and pocket the difference. Greed is, unfortunately, a powerful motivator.

Because of these loopholes, hospitals and other medical facilities clamored to get in on the 340B action. At the outset, 340B covered just 90 hospitals. By 2017, it covered over 12,000.  Just 37 percent of these hospitals limited charges to patients who qualified for charitable discounts, according to a 2016 study.

And the deal has only sweetened for providers. In 2010, the 340B program underwent major changes when the Health Resources and Services Administration (HRSA) -- the federal agency that determines who is eligible for 340B discounts -- established new guidance allowing all 340B-covered healthcare providers to enter into contractual agreements with an unrestricted number of third-party pharmacies.

Just like hospitals, for-profit pharmacies know they can exploit the program for exceptionally large profits.  By participating, these pharmacies can receive a substantial mark-up for every prescription drug eligible for a manufacturer discount under the 340B program. This incentivizes them to distribute as many of these drugs as they can.

In 2018, the vast number of discounted drugs sold at participating pharmacies produced over $13 billion for hospitals in the 340B program and the pharmacies they contracted with.  The average gross profit margin of drugs purchased through 340B at contract pharmacies was a staggering 72 percent.  And four major pharmacy chains -- Walgreens, Walmart, CVS Health, and Cigna's Accredo pharmacy -- received over 50 percent of these profits.

This abuse particularly harms those Americans with private insurance. Because 340B requires drug manufacturers to sell their treatments so cheaply to thousands of hospitals and pharmacies, they have raise list prices to make up for billions in lost revenue.

The new Congress needs to focus on the lack of oversight over the 340B program, making it harder for hospitals and pharmacies to participate. It's the only way to ensure 340B actually helps poor patients. If not, parts of the healthcare system will continue to enrich others at the expense of end users -- patients -- who only see ever-increasing drug costs.

Peter J. Pitts, a former FDA associate commissioner, is president of the Center for Medicine in the Public Interest.