Why So Many Americans find Trump and Sanders Appealing

Peter Morici
|
Posted: Feb 09, 2016 10:56 AM
Share   Tweet
The opinions expressed by columnists are their own and do not necessarily represent the views of Townhall.com. 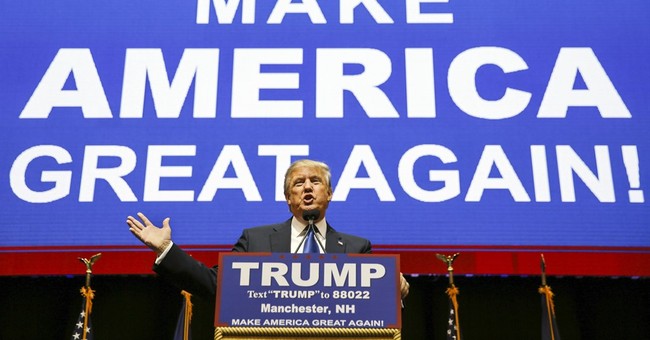 America is witnessing a political Supernova—voter flirtation with Donald Trump and Bernie Sanders—because both political parties have failed ordinary folks.

To listen to the Obama administration and its apologists in the media, Americans are witnessing the second age of Pericles. The economy has added jobs for 64 straight months, unemployment at 4.9 percent is approaching pre-recession lows, and nominal wages are rising again.

During Ronald Reagan’s presidency, jobs growth was twice the pace President Obama has accomplished, and the official unemployment rate is so low because 7 million American men ages 25 to 54 have quit looking for work altogether and don’t get counted.

No surprise, family incomes, after accounting for inflation, are down $1650 on Obama’s watch, and the averages hardly tell the whole story.

Bankers and corporate elites are doing great—look at what Marissa Mayer pays herself to run Yahoo into the ground—but most young people are taking a terrible beating—in no small measure for what the economy and Washington has done to them.

At Obama’s behest, most have taken out huge debt to obtain college degrees that leave psychology majors serving coffee at Starbucks, philosophy majors dispensing wisdom from the front seats of cabs, and business majors demonstrating the features of an iPhone at Verizon stores.

You simply don’t need to spend four years in my classroom to do those jobs. If you spend that much time with my liberal colleagues, you will leave college with a strong suspicion that things are so bad because the establishment—led by the Democratic and Republican Party elites—has stacked the deck against you.

Unable to find satisfying and adequately paying work, buy a home or afford a decent apartment and now forced to purchase expensive and often inadequate insurance on Affordable Care Act exchanges, it is no surprise that many young people—including young women—reject Hillary Clinton’s clarion call to continue the Obama revolution. And they find Sanders’ message to break up the big banks, scuttle the present health system in favor of a British-style national health service, and generally reorder America’s economic system darn appealing.

After all when the devil you know is squeezing you poor, embracing the devil you don’t know offers at least some prospect for relief.

The GOP establishment offers threadbare bromides—free trade, tax cuts and deregulation—that have been tried and failed.

The recently implemented South Korea free trade deal was supposed to deliver great opportunities for new employment through new exports but instead it has killed 130,000 American jobs. And does anyone really believe lower taxes will keep Ford from moving car production to Mexico, or that the banks can be trusted to keep financial markets safe and the broader economy from another Great Recession?

Enter Donald Trump—whose free floating populism is derided by establishment conservatives like the editors of the National Review.

Trump’s message is simple—America is broke, Obama has changed the country for the worse and political correctness and statism have failed.

His prescriptions are sometimes outrageous and his rhetoric even worse, but his real appeal to the nation is he ran enterprises that made his employees and investors—read constituents—better off.

That is something neither Barack Obama nor George W. Bush can claim.

Americans are smarter than the political establishment gives them credit. Confronted with long deteriorating conditions, they do not easily accept that more of the same—read Hillary Clinton—or advocates of the status quo ex ante—the gaggle of GOP establishment candidates promising to resurrect the failed policies of his predecessor—is a smart move.

If nothing else, Sanders and Trump offer what has not been tried before and failed.