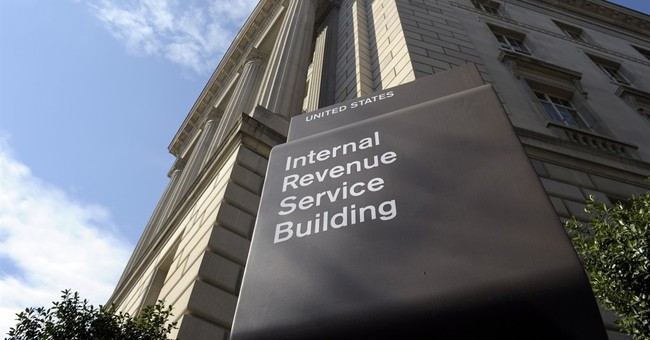 March Madness, baseball and flowers. Spring in America would be so grand without income taxes and the headaches of filing on April 15.

Just about everyone agrees our complex personal and corporate income tax laws are too painful and expensive—tax filing, record keeping and the like costs at least $170 billion a year.

They are unfair—billionaire Warren Buffett laments his tax bracket is lower than his secretary’s.

And the system kills jobs—although some businesses use political influence to pay a fraction of their fair share, most pay much higher taxes than foreign competitors lest they move factories and other activities abroad.

Proposals abound to reform the system by limiting deductions and exemptions to lower rates overall but despite noble intentions, the morass would remain. For example, last year House Ways and Means Committee Chairman David Camp tabled such a scheme but the executive summary numbered 194 pages that only a tax lawyer could reasonably comprehend.

In that rats nest, opportunities would abound for lobbyists to game the legislative process and sustain most of the faults of the present system.

Other industrialized countries limit these problems by relying more on consumption taxes than income taxes, and support is growing among Democrats and Republicans to shift the U.S. system in that direction.

The most efficient solution would junk income taxes altogether in favor of a simple national sales tax—a valued added tax similar to one applied in much of Europe.

In 2014, the Treasury collected $1.7 trillion from corporate and personal income taxes. This could be replaced by a 12 percent sales tax on all private purchases and other payments—be they computer equipment, college tuition or lunch at the corner takeout.

It would end forever all the headaches associated with valuing inventories, calculating depreciation on capital equipment and other work that cost billions in accounting and legal fees.

A VAT would favor no activity over another, and by taxing goods and services at the point of sale, it would end the problem of U.S. firms parking profits abroad to avoid taxes.

Businesses and institutions would file a three line return, how much tax they collected, how much they paid and the difference. Individuals would file no tax return at all!

Temptations would abound to exclude or exempt all kinds of activities but that is the kind of thinking that gave us the current mess—and inequities, slow growth and exceeding complex tax returns.

Two problems remain. A VAT is not progressive—it taxes rich and poor consumers at the same rate. The elderly, who more or less live on savings, have already paid income taxes on those savings and would be taxed again.

A simple solution would be to raise the rate to 15 percent, and award each parent $3,500 for each child and pay similar amounts to each American over 65.

If Congress wants to spend more, it could raise the rate further. That would make transparent to all the cost of spending more on government activities. If conservatives on Capitol Hill want to cut programs, they could explain to voters how much those savings would lower the rate.

Elegant, egalitarian and efficient, such a value-added tax without exemptions would give Americans the tax reforms they want but privileged rich folks and big businesses spend a fortune avoiding.

The economy would grow faster, create more jobs and Americans would live better and in less fear of the Internal Revenue Service.

With the money saved, April 15 could be declared a national holiday—Tax Freedom Day.