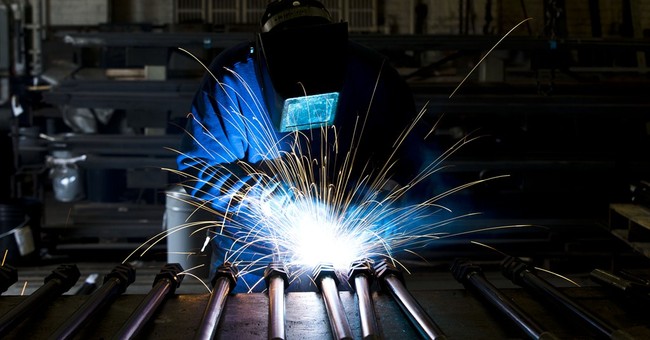 President Obama can’t resist the temptation to gin up new entitlements that chase votes but make problems worse—free tuition at community colleges would be no exception.

The president proposes to offer states 75 percent in matching federal money to refund tuition. Community colleges would have to offer programs that permit students to either transfer to four-year colleges with half the credits needed for a bachelor’s degree or award a vocational certificate in demand by employers. Students would have to maintain a C average.

Many community colleges do provide good job training in areas such as nursing, information technology and security. However, too many have been starved for funds as states have devoted more resources to K-12 education and entitlements like Medicaid. And community colleges are staffed by bureaucrats, who too often are not particularly adroit at identifying private sector needs and fashioning classrooms to jobs programs.

Too many students are ushered into less-expensive to staff programs aimed at transferring into four-year colleges—but the standards are often not high enough.

Many state universities are required to honor credits awarded at community colleges when the course numbers match up, but many transfer students are simply not competitive. Colleges either must create special programs to accommodate them, or professors must look the other way and award passing grades for quite marginal work—and less.

Top students at universities like mine—as measured by graduate school entrance tests and performance—are as well educated as most Ivy League students—but processing too many community college transfers depreciates the value of our diplomas.

Marginal students—for example, those with a gap in math, writing or study skills—can be helped. However, remedial programs and counseling won’t do much for a 19-year old mother—who receives no child support—reads at the sixth grade level, can’t do algebra and has significant emotional and self-esteem issues. Yet, that is exactly who the president proposes to send to college.

Too many job seekers don’t have the skills businesses need but pushing more dysfunctional students into community college won’t help.

Starved for funds, those institutions will simply game the system—enroll more students in programs aimed at transferring to four-year colleges and award more B’s and C’s in watered down courses. Universities like mine will face enormous political pressure from “progressive” state lawmakers to accept the transfers, award questionable degrees and generally join in the fraud.

Historically, some of the best jobs training programs have been offered by businesses through industry apprenticeship programs—most notably in manufacturing and construction. However, buffeted by the Great Recession and tough competition from Asia, those have dwindled and businesses increasingly expect community colleges to perform in ways they can’t.

Less noticed in the president’s proposal is an American Technical Training Fund that would subsidize partnerships between businesses and community colleges and private training institutions that demonstrate they move students from classrooms into good jobs.

Such hands on programs are often more helpful to students with spotty high school records. Those have more structure and don’t require students to write essays about Chaucer or affirm a left-wing professor’s feminist critique of capitalism. They simply impart skills.

Rather than expanding useless liberal arts programs, ATTF grants could improve the quality of what goes on in both community colleges and private training institutions at a lot less cost.

America doesn’t need any more bogus BAs in art history, but it could sure use a few more welders.