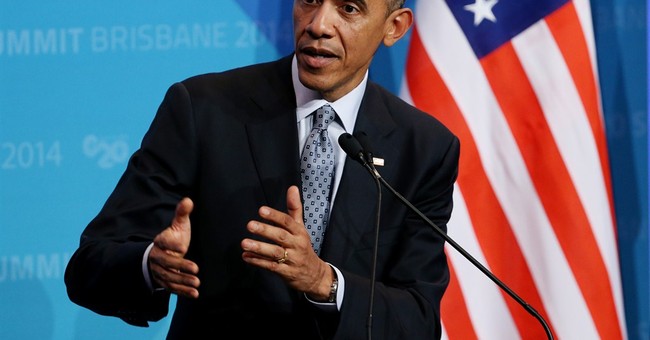 President Obama has a peculiar approach to public policy: Listen to what the radical left wants, or political expediency requires, then make up the facts, twist economics and rewrite the law to suit.

When the president shaped the Affordable Care Act, the country needed to provide health care coverage for millions of uninsured and bring down costs, which are 50 percent higher than in Europe.

Economics tells us achieving those goals—dramatically increasing demand by extending coverage and lowering costs—conflict, unless the supply side is dramatically altered by radically changing delivery systems and how prices are set.

The Germans, Dutch and others with insurance based payment systems have taken such radical approaches to drug and medical appliance pricing, while still rewarding innovation, but the Affordable Care Act does not.

A principal architect of the law, economist Jonathan Gruber, has admitted the ACA paid scant attention to cost controls, even as the Administration touted it would indeed lower costs. And the White House recruited the Congressional Budget Office to put over the ruse.

Now Medicare’s actuaries project the nation’s total health care costs will rocket the balance of this decade—witness the big insurance premium increases for 2015.

Obama wants to raise the federal minimum wage to $10.10 an hour but the CBO—whose words Democrats admonished were sacrosanct during the health care debate—has concluded that would kill about 500,000 jobs.

White House and liberal think tanks have countered raising the wages of hamburger flippers would miraculously increase demand for their services and GDP, because those who remain employed would have more money to spend—forget the fact that Americans would pay more for fast food and have less to spend on everything else.

McDonalds would invest in computers to replace order takers and cashiers—sustaining some of the value of those displaced—but more folks would bring lunch from home, shrinking the fast food industry and GDP

Cutting 500,000 people from the workforce, even with more machines, must reduce goods and services produced and slow future jobs creation.

The president’s words would indicate the Keystone pipeline is bad for the environment, won’t do the economy much good and would only move Canadian oil to ports.

The fact is the pipeline would also carry North Dakota oil currently moved by rail. That would reduce risks of accidents and ecological disasters, lower oil transport costs, reduce domestic gasoline and heating oil prices, and boost efficiency and growth.

Millions of immigrants are in America illegally, and ever conscious that Hispanic and Asian voters are critical for Democrats to keep the White House, the president is crafting an executive order to legalize and grant work permits to more than 3 million immigrants who have children with legal status here.

The Administration argues the federal government lacks the resources to identify and deport all or even most illegals but has failed to effectively partner with local law enforcement by requiring the states to demand proof of citizenship to hold driver’s licenses, enroll children in school and access other services.

An executive order would be an incredibly broad application of prosecutorial discretion, raising serious constitutional questions. Not a lawyer, I consulted the words of the most accomplished constitutional law professor available—the President of the United States.

Last fall when asked if he had the authority to end deportations of illegal aliens, he said “Actually, I don’t” and that he could not appease immigrants’ advocates by violating the law.

What has changed about the law since then he is yet to explain.

The president simply needs to cultivate more disciplined thinking and watch what he says—lest the facts, faulty reasoning and his own words come back to embarrass.

Peter Morici is an economist and business professor at the University of Maryland, and a national columnist. He tweets @pmorici1