Five Forces that Will Shape the 21st Century 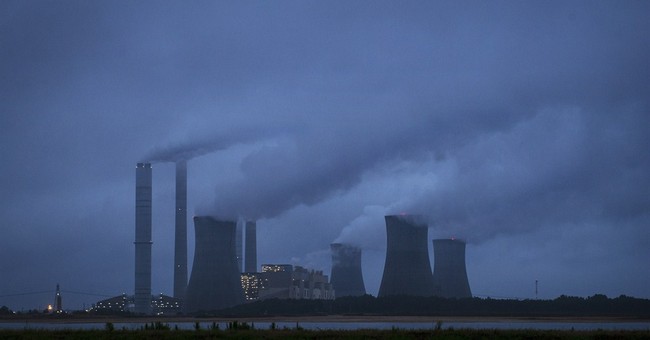 President Obama recently proclaimed climate change, more than any issue, will define the contours of the 21st Century. Powerful men searching for legacy often evoke grand challenges and personal solutions, but climate change is only one of several forces that will make civilization different 100 years from now.

In the 19th and 20th Centuries, democracies embracing free markets outperformed more autocratic and collectivist societies. However, over the last 60 years, majority rule in the West has fashioned government policies that redistribute income indiscriminately, displace investments in infrastructure and technology, and slow growth.

China—albeit with shortcomings—has created a neocapitalist juggernaut. Its Communist Party is not Soviet-era dictatorship but rather an oligarchy open to new members. It imposes guidance on private, as well as state owned, enterprises, and has avoided the worst impulses of prosperity—a sense of entitlement and complacency among citizens.

China and oligarchy will triumph if western democracies don’t curb politicians’ impulse to reward indolence, much as Roman Emperors did with free bread and circuses.

In advanced industrialized economies, declining birth rates compel reliance on foreign workers and immigration. Often, ethnicity defines the national character that made those societies successful, and many new arrivals bring ideas and expectations about government that caused their homelands to fail.

Advanced societies lack adequate mechanisms for assimilating newcomers and are clumsy at imparting national values—consider the backlash against immigrants in Norway, or how effectively ISIS recruits in Europe.

Ultimately, politicians’ impulse to placate whoever has a vote, regardless of long-term consequences, poses another threat to preservation of democratic capitalism.

Handheld computers and the internet give each person real-time access to vast knowledge and global communications, and an eerie intimacy with omnipresent devices that chronicle their lives.

Robots perform many tasks better than humans but no artificial intelligence will ever replace the human mind, because computers are only as good as what we put into them. However, within a few decades, tiny chips and processors placed inside human brains will be commonplace. By mere concentration, we will be on-line and accomplish accelerated computer-assisted access to information, problem solving and communication.

Wedded to machines, we all may become brilliant but any pretense of privacy may be lost.

Bioethicist Ezekiel Emanuel has written he hopes to die at 75 because as humans age, mental and physical capacities decline and old folks inevitably burden the young. He has delineated medical care he will forgo after that age, but such prescriptions are unlikely to be generally embraced.

Still, humans are living longer, and society can’t afford to retire people in their 60s and pay pensions into their 90s. Computer implants will permit repair and customized enhancement of the brain, extend work into our late 70s and make life more productive and rewarding longer.

Breakthroughs in DNA and stem cell research will make organ replacement and enhancement routine. A more durable and intelligent human race will be reality, not science fiction.

Humans are unique among species in their ability to adapt and change their environment, and have been doing so since the Ice Age to cope with natural climate cycles.

Local populations fell to extinction or conquest if they failed to cope. Now humanity must act as one to address rising atmospheric temperatures. Otherwise, individual societies will be forced to mitigate the consequences, and the Darwinian cycle among competing cultures will continue.

As influential as that challenge may be, reinventing democracy and reengineering the human species are likely to be as big.

It takes a lot of hubris to say you can see the world a century from now—this writer included.

Peter Morici is an economist and professor at the Smith School of Business, University of Maryland, and a national columnist.