Up Next: A Double Whammy of High Unemployment and Inflation 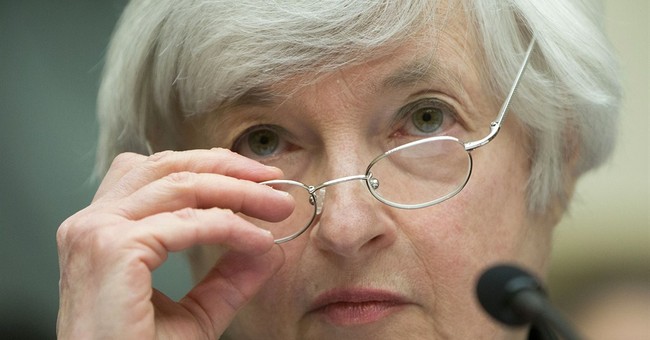 The economy is recovering from a harsher than normal winter, but the pace of growth the balance of this year and next will not create nearly enough decent jobs for the millions unemployed and recent graduates working at venues like Starbucks.

It’s easy for President Obama to blame Republicans in Congress, and visa-versa, and for both to put their hopes in the Federal Reserve’s stewardship of monetary policy, but decades of bad trade, energy and education policies pursued by both parties have torpedoed prosperity.

The United States has chosen to pay its way in the world with exports of knowledge-intensive services but the math doesn’t work. The annual international trade deficit on manufactures and oil is about $615 billion, whereas the surplus on services is well less than half that amount.

Although knowledge-intensive juggernauts like Google and Citigroup create high paying jobs in science based disciplines and finance—and America still has notable knowledge- intensive manufacturers in industries like pharmaceuticals—those simply don’t create the growth and numbers of high quality jobs lost to the surge of imported cars, coffee tables and computers.

Since the beginning of this century the economy has grown 1.7 percent annually and created only 6 million jobs, as compared to 3.4 percent growth and 41 million jobs during the Clinton-Reagan prosperity.

Also, the knowledge economy requires workers with very different skills than the industrial age. It places a premium on specialized technical expertise and a capacity for self-directed learning, permitting workers to jump from employer to employer as new technologies create and destroy industries and jobs. As compared to 25 years ago, consider how many web designers and how few print journalists we have today.

What jobs the economy creates are either in the well-paying knowledge economy or in low-paying activities like restaurants, residential cleaning services and the produce aisle at Wholefoods.

Our educational system produces enough great scientific minds but not nearly enough technically sound folks with old fashioned “get up and go” to fill the needs of the new knowledge economy. It still largely graduates too many generalists who expect someone else to provide a desk and paycheck.

A recent college graduate with a major in “global peace studies” working at Starbucks is not so much underemployed, as just someone who borrowed too much to finance a bad investment.

In the first decade of this century, Americans borrowed recklessly to paper over these problems and created a false prosperity, then got their comeuppance with the financial crisis.

Since 2008, the Federal Reserve has poured more than $3 trillion dollars into financial markets by buying Treasury and mortgage securities and lending to banks at near zero interest rates. That can’t fix the combined consequences of America’s lousy trade, energy and educational policies.

History has taught printing too much money usually fires up inflation, and once ignited, inflation is darn painful to douse. That has already occurred in prices for assets like some social media stocks, commercial real estate and farm land, and now it is spreading more broadly. Since March, consumer price inflation has accelerated and is now about 4 percent.

Fed Chairwoman Yellen in her recent testimony expressed little appreciation for the nagging structural problems causing unemployment and denied inflation is much of a problem at all.

Americans should expect the Fed to flail about, recklessly printing money and brace for a bout with stagflation – high unemployment, stagnant wages and rising prices.