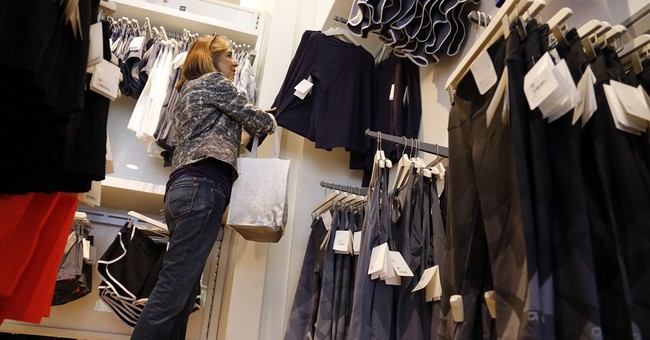 The U.S. economy is set to take off. Scarred by the financial crisis but on their feet again, consumers will lead the economy to growth in the range of 3 percent through the end of 2015.

The Commerce Department reported in the first quarter the GDP decreased at a 2.9 percent annual rate, but that dismal showing was from an unlikely confluence of factors not likely to reoccur.

Consumer spending, which accounts for the lion’s share of domestic demand, grew only 1 percent—about half the trend established over the previous 3 years. A bitterly cold winter was important but so was simple exhaustion from holiday spending.

In the fourth quarter, household spending increased 3.3 percent, and in the first quarter, many consumers rebuilt their savings and curbed credit cards use—the cold weather just made those tasks easier.

Consumers are now in a much stronger position than earlier in the economic recovery. Housing values have improved substantially, and most households have managed to significantly deleverage.

For the second and third quarters, consumer spending growth should average more than 3 percent, and average close to that level through the end of 2015.

Business investment dived 11.7 percent in first quarter and that simply can’t be attributed to cold weather.

According to the Federal Reserve, industrial capacity utilization was 79.1 percent in May and still below the average for the last two decades. However, structural changes and advances in technologies and product designs require new investments in physical assets and software to bring existing plants up to date to accommodate more robust consumer spending.

New home sales jumped in May, and residential construction, which has disappointed so far this year, will add significantly to growth going forward. For the first time since the financial crisis, housing starts will exceed 1 million units per year on a continuing basis.

Auto sales will continue up as households replace vehicles that grew old during the recession and slow recovery, and take advantage of higher fuel economy offered by carmakers. Also, it will be a very good year for pickup trucks—those sales at Ford, GM and Chrysler closely track residential construction activity.

Government spending on goods and services has been declining, but those will recover moderately. Still, among the most significant public sector boosts to domestic spending will come through dispersements to the health care sector, which mostly get scored as private consumption in the GDP accounts.

The international trade sector continues to drag the economy—it subtracted 1.5 percentage points from GDP in the first quarter.

As consumer spending increases, so do imports of manufacturers from China and Japan, and oil to fuel more driving. Sadly, but for those problems, the economy could match the 4.7 growth rate accomplished during the Reagan recovery, instead of slogging along as it has at 2 percent during the Obama expansion.

The reluctance of the Obama Administration and Congress to challenge China and Japan’s explicit strategies of undervaluing the yuan and yen to gain artificial competitive advantages are a serious drain on U.S. manufacturing, jobs creation and growth.

The same applies to restrictions on offshore drilling. U.S. oil imports, net of exports, still exceed 5 million barrels a day. Most of that could be eliminated by developing those resources.

Overall, GDP growth should average about 3 percent through the end of 2015. However, changes in U.S. trade and energy policy to eliminate the drag of the trade deficit on growth could easily boost growth to the levels achieved during the Reagan years.