Amnesty Will Not Help Tackle Income Inequality, But It May Exacerbate Class and Ethnic Tensions

Pawel Styrna
|
Posted: Mar 03, 2021 12:01 AM
Share   Tweet
The opinions expressed by columnists are their own and do not necessarily represent the views of Townhall.com. 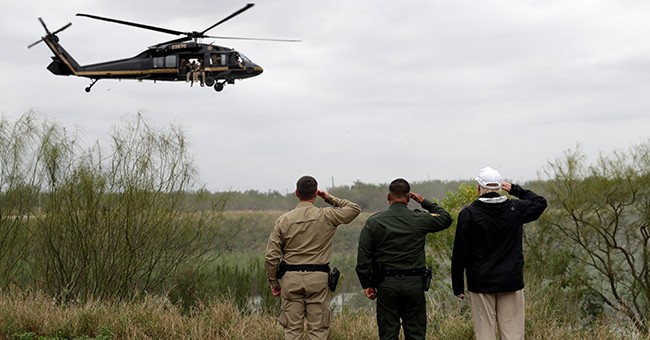 Granting amnesty – and, eventually, U.S. citizenship – to almost 15 million illegal aliens will be a win-win for everybody, argue the policy’s cheerleaders. Former illegal aliens will “come out of the shadows,” and Americans will become a more compassionate and richer society, both economically and culturally. We are expected to believe that there will be no significant costs, losers, or trade-offs. That is a rosy vision indeed, but, unfortunately, amnesty is unlikely to lessen socio-economic inequality – a problem President Biden said he wants to remedy. It may, in fact, lead to increased class and ethnic tensions.

A moderate amount of income inequality is necessary. If everyone gets the same outcome, why study or work hard? But too much income inequality can be a bad thing too. It exacerbates the resentment of the have-nots (or have-littles) against the haves – particularly if the former perceive the system as rigged against them – thereby undermining and weakening an already fraying national and social cohesion.

Illegal aliens generally lag behind both native-born Americans and legal immigrants in terms of educational attainment and skills (this has changed only very slightly in recent years, but the main point stands). As FAIR’s recent study of the history of amnesty points out, “the average illegal alien household earns $36,000 per year – far less than what the average household headed by a citizen or lawful migrant earns. This means that most illegal aliens would qualify for state and federal welfare programs if an amnesty is implemented.”

Thus, amnesty would be a factor unnecessarily exacerbating income inequality by suddenly adding on millions of additional low-income, welfare-dependent individuals, thereby expanding the bottom of our social pyramid (yes, the illegal aliens were living and working in the U.S. before, but they were not part of the legal American community). Also keep in mind that amnesty will likely encourage more illegal migration – as happened after the 1986 amnesty – in the hopes of benefiting from a future amnesty, i.e., more individuals entering the U.S. who lack both the education and skills to succeed in a 21st century economy.

This means a greater fiscal burden on a shrinking American middle- and working-class either in the form of higher taxes or (most likely) even more debt. Furthermore, adding millions of amnestied people to the legal workforce will mainly benefit wealthy employers who will have even less incentive to raise wages.

The proponents of amnesty would have us believe that, if only they were given “documents,” illegal aliens, or at least their children, would rapidly rise to the top. True, many will probably earn more in the legal economy, but they are also likely to continue working poorly-remunerated, lower-skilled jobs. Hence, a lion’s share of the fruits of whatever economic expansion and job creation may result from amnesty will probably accrue to employers and investors.

Moreover, as Reihan Salam reminds us in his insightful book (Melting Pot or Civil War?), the kids of low-skilled and poorly-educated immigrants sadly all too often tend to inherit their parents’ position towards the bottom of the socio-economic pyramid. Salam warns that we should “worry about the children they raise on American soil, and what will happen to our society if impoverished immigrants give rise to an impoverished second generation that has no memory of life in the old country and who won’t tolerate being relegated to second-class status.”

Those who acknowledge the problematic nature of excessive income inequality, but simultaneously support mass amnesty, should recognize that amnesty will do nothing to decrease income inequality. And the profits-first corporate types, who view amnesty mainly through the prism of keeping down labor costs, need to look at the big picture and consider that income-inequality-exacerbated class and ethnic conflict is less, not more, conducive to business.