Some Reflections Upon the Pragmatics of the Biden Candidacy 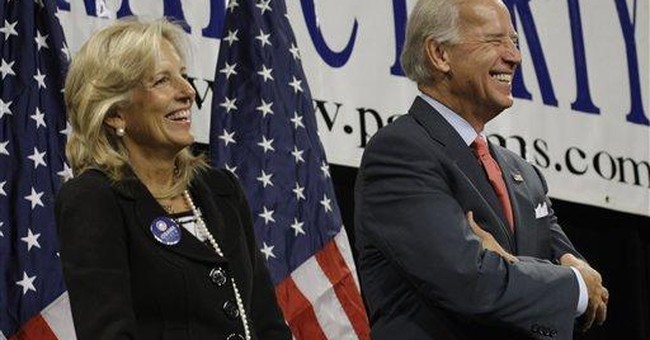 At last, after a build-up reminiscent of the Super Bowl, Senator Barack H. Obama has chosen his Vice Presidential nominee. In some ways the selected of Delaware Senator Joseph R. Biden, Jr. was a surprise. It was a surprise because it somewhat mitigates Obama's call for change. A Senator who has held office since 1972, Biden hardly qualifies as a change agent. It was not a surprise because Obama is badly lacking in foreign-policy credentials. As Chairman of the Senate Foreign Relation Committee, Biden has credentials in spades. This is important to Obama. A reason he has been slipping in the polls is that the public has doubts about his ability to handle an international crisis. Biden sends a signal that he will be able to influence Obama in that respect. In fact, Obama said he wants Biden to speak up and tell him when he thinks he (Obama) is wrong. You can count on Biden to do just that.

Biden also will help Obama because he is an attack dog. He will go after McCain without reservation, thus enabling Obama to take the high road. His age also helps Obama. The first-term Senator from Illinois is considered too young by some of the electorate. Biden adds to the ticket some gray hair to reassure voters.

However, Biden also has liabilities. His long record in the Senate means he will be called on to justify votes he cast in the 1970s. McCain also has served a long time but Biden beats him by 14 years. In addition, Biden has a well deserved reputation for shooting from the lip. No doubt the Obama people will do their best to try to reign in their Number Two. But Biden is Biden. If he could go a couple of months without saying something to offend someone it would be absolutely remarkable. Of course, McCain has been known for his hot temper. However, not once since he returned from the political dead to become the presumptive GOP nominee has McCain blown his top. So perhaps if McCain can be that restrained Biden can as well.

One of the reasons Obama selected Biden is because Biden is a Roman Catholic. But he is not a pro-life Catholic. With the exception of one vote for the Hatch Constitutional Amendment on right-to-life in 1982 and votes against partial-birth abortion, Biden has a pro-abortion voting record. What is his Bishop going to say about that? The most outspoken proponent of denying Communion to so-called pro-choice Catholics, Archbishop Raymond Burke of St. Louis, has been assigned to the Vatican. He will not be around to do to Biden what he did to Senator John F. Kerry in 2004 by announcing that if Kerry tried to receive Communion in his diocese his priests should refuse him. It is unclear how many other Bishops take that position. Clearly it is a minority. I have yet to hear from the Bishop of Wilmington (Delaware) on the subject but it appears safe to conclude that he will not deny Biden the Sacrament, his not having previously done so. Other Catholic groups, such as the Knights of Columbus, will not be reluctant to speak out against Biden. It remains to be seen if Biden's Catholicity will be as asset or a liability to the Obama campaign.

Another reason Biden was chosen is his ties to the working class part of Pennsylvania. He was born in Scranton and lived there until he was 10 years of age. There is no doubt that he will help Obama in Pennsylvania. He never has lost his blue-collar touch, which has enabled him to be elected to six terms as a Senator from Delaware.

Republicans are chortling over the Biden selection, viewing him as a target-rich candidate. They may not get the last laugh. I think, if Obama is able to keep tabs on Biden, he will become a major plus to the Obama campaign. The one problem which Biden does not solve, however, is the Hillary problem. Many of Senator Hillary Rodham Clinton's supporters still are angry at her loss to Obama. The world will be watching at how far both Clintons go in embracing Obama. The selection of Biden does little to assuage those die-hard Hillary supporters who feel that she should have been Obama's choice for Vice President. They are especially angry because it she never was considered by Obama. Who can blame him? Had he chosen her he would have had her baggage as well as her positives It is said that about half the electorate doesn't like her. Then there would have been Bill Clinton. If Hillary were Veep, he would have been the ex-President with no doubt a White House office. Obama would have had to contend with both of them every time he made a major decision. Frankly, I don't think she really wanted to be on the ticket. She does not think Obama can win. And if he does not she intends to seek the Democratic nomination in 2012. It would be much easier for her to do so had she not been on an unsuccessful 2008 ticket than if she had needed to justify Obama's every move.

The latest surveys show that a sizeable part of the Hillary vote is not prepared to support Obama. Part of that vote would come home assuming Bill and Hillary go all out in endorsing the Junior Senator from Illinois. There yet would be a portion of the Hillary vote which either supports McCain or stays home. How large that vote will be come election day may whom we inaugurate come January 20, 2009.