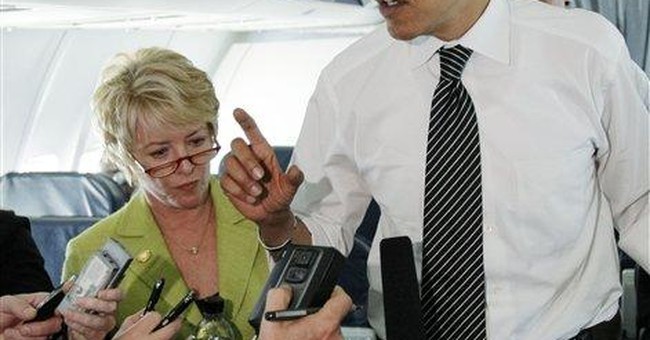 This past week we have heard non-stop about the race card. This is one of the most long-running uses of it in the political process. I first heard the term used when President Lyndon B. Johnson tried to force a reluctant Congress to pass a Great Society-type program in 1964 by invoking the memory of his predecessor, President John F. Kennedy. "He is using the JFK card," we were told. Then there was President Richard M. Nixon's China card. And when President Ronald W. Reagan walked away from an arms deal with Mikhail Gorbachev, pundits said Reagan was playing the Star Wars card. And so on.

I began to think of what card I could play if I were running for or had been elected President. I am not into cards myself so this is a difficult assignment. If I were running against Congress I would invoke the joker card.

But for the Presidency what card would I have to invoke? Well, there is the German card. I can see the headline now: "President Weyrich today invoked the German card, thus making Oktoberfest a year-long event." No, I don't think so.

I am one third Norwegian. How does this work? "President Weyrich, calling for a special session of Congress, today invoked the Norwegian card and in doing so made Lutefisk mandatory in all restaurants." Ever had Lutefisk? You will understand why that would be a loser.

What else is there? I could play the Joyce Weyrich card. That would mean everyone would have to be a great cook, a fantastic gardener, have a terrific eye for decorating and be a wonderful wife and mother. Too steep a mountain to climb? I think so.

I've got only one card left. "President Weyrich motored into Milwaukee where today he invoked the streetcar card. As a result, Milwaukee will have to re-instate streetcars on major routes and must immediately begin to re-establish the Milwaukee Electric Interurban system." That is a card I have the expertise to implement. Since I believe in local control, I would not force Milwaukee out of its own stupidity. It does appear that Milwaukee may well be the only city of the top 50 largest cites in the USA without streetcars or light rail. There are opponents of streetcars and light rail everywhere but only in Milwaukee is the opposition maniacal. Be forewarned. Now you know what card I would play if only somebody would elect me President.