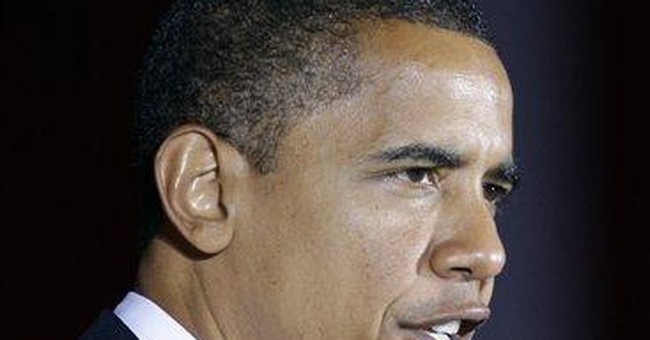 Let me begin with what I hope is a credibility enhancer: For daring to write a book on the faith of Hillary Clinton, I was questioned by fellow conservatives, especially for calling Mrs. Clinton a “lifelong, committed Christian.” In the final chapter of that book, I included a brief section on the faith of Barack Obama, where, taking him at his word—based on a major June 2006 speech on his faith—I felt confident in reporting, “Obama is a Christian.”

I’m not disputing that here. Since then, however, I’ve taken a careful look at Obama’s faith, and there are quite a few things that stand out as historically extremely unusual, and in some cases unprecedented for a potential president. They are worth knowing, especially given the secular media’s adoration of the man.

Indeed, journalists are so worshipful of Obama that they are unfazed by his two decades of membership in the church of a ranting, blasphemous preacher who mocked everything from Bill Clinton to America itself—and who married Obama, baptized his children, and whom Obama considers a mentor and the inspiration for the title of his best-selling book. That double standard has struck even the likes of atheist Christopher Hitchens. After eight years of wailing and gnashing of teeth over a Christian Republican president, secular liberals have undergone a Saul-like conversion.

On rare occasions, however, the press has offered constructive analysis of Obama’s faith. The most revealing look remains a glowing profile in Newsweek a couple of months ago. The Newsweek offering was remarkably one-sided, even venturing into evangelical phraseology, the shared-language-of-believers style characteristic of Religious Right publications. I counted 10 examples of phrases like, “He found Christ,” “accept Christ,” “Obama went to Jesus.”

Nonetheless, even in this unusually un-critical article, much can be mined about Obama’s faith. Most salient is this inescapable conclusion: More than any presidential nominee this close to the White House, Barack Obama’s faith is a patchwork of divergent beliefs, philosophies, and influences, from what Newsweek called a “Christian-turned-secular mother”—her own views a product of “two lapsed Christian” parents and a Bill Moyers book—to a “Muslim-turned-atheist African father” to a stepfather with a “unique brand of Islam.”

As for Obama’s personal path, Newsweek noted how Obama, in his younger years, enjoyed, on one hand, Augustine, and then Nietzsche and Graham Greene. Obama hopped and groped his way through Islam, Buddhism, Catholicism, Protestantism, asceticism, and eventually settled at the political church of the Reverend Jeremiah Wright.

Most interesting is what Newsweek revealed about Obama and his current family: His wife, Michelle, “also didn’t go to church regularly as a child.” Neither really began regular attendance until they were married. And only then, their choice was Reverend Wright. On that, Newsweek reported approvingly: “The cross under which Obama went to Jesus was at the controversial Trinity United Church of Christ. It was a good fit.”

The couple, writes Newsweek, attended “fairly often—two or three times a month.” That changed, becoming less frequent, with the birth of their first child. Normally, the arrival of children is the blessed event that drags young couples to church—the Bushes, the Clintons. For the Obamas, however, the hassle of getting the baby out of the house for a packed service was an obstacle. “So,” explained Barack, “that would cut back our involvement.”

The Obama girls have never attended Sunday school—a definite contrast with most White House children. Even wayward president’s kids like Ron Reagan, a proud atheist, was taken to church every Sunday. Obama explains of his daughters’ religious education: “I’m a big believer in a faith that is not imposed but taps into what’s already there, their curiosity of spirit.”

Once Obama ran for the U.S. Senate, he skipped church for months at a time. Now that he publicly parted ways with Reverend Wright, reports Newsweek with a gentle wink, “Obama is a little spiritually rootless again.” Newsweek neglected to mention that Obama often appeared in churches in 2007 for strictly political purposes—i.e., to campaign in houses of worship, a practice that launches liberals into fits of screaming rage when done by Republicans.

On the plus side, there are some discernible spiritual practices in Obama’s life: family grace at mealtime, daily prayer, Obama “sometimes” reading the Bible in evenings, and inspirational emails zapped to the senator by his “religious outreach team.” Yet, even with that nod to something of a religious routine, one senses that Obama is still trying to reconcile, as Newsweek described his early life, “his rational side with his yearning for transcendence.”

After demonstrating at length that Obama’s belief system is an amalgam, unorthodox, and undisciplined, Newsweek wrapped up with a shot at his detractors: “Some on the right say his particular brand of Christianity is a modern amalgam—unorthodox, undisciplined….”

No, Newsweek, that’s what you say.

One can see here another reason the secular left embraces Obama: His entire religious life, including the spiritual development of his family, is relativistic—an ever-probing quest, a realization of no single truth. The left likes this Democrat more than, say, a lifelong Baptist like Bill Clinton, a lifelong Roman Catholic like John Kerry, a lifelong Methodist like Hillary Clinton, a “born-again” southerner like Jimmy Carter. Here’s a believer secular liberals can accept: a relativist in the most expansive form.

A President Obama would bring to the office the most unconventional religious portfolio of any president in a long time, arguably the history of the American presidency.

But to get there, the freshman senator hopes to win just enough of those moral-religious “values voters” who twice made the difference for George W. Bush. Can Barack Obama do that?