Paul Jacob
|
Posted: Jan 01, 2017 12:01 AM
Share   Tweet
The opinions expressed by columnists are their own and do not necessarily represent the views of Townhall.com. 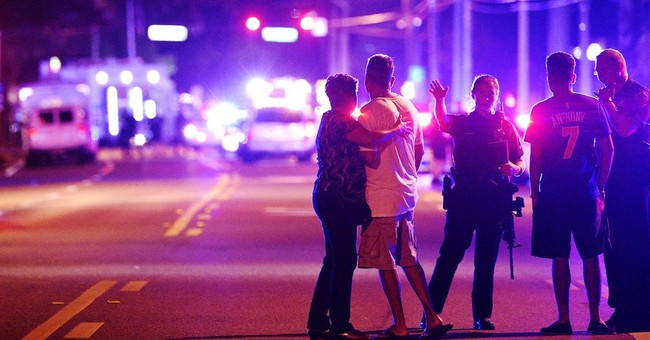 It’s a new year. Let’s focus. Especially as a new president takes office, inheriting the awesome responsibility of keeping us safe and secure.

Less than two weeks ago, a Tunisian man drove a semi-trailer truck carrying 25 tons of steel into a crowded Christmas market in Berlin, Germany, killing 12 people and wounding 56 more. Human beings are resourceful, even terrorists — or perhaps, especially terrorists.

It’s fortunate that few folks desire to be terrorists. But it is unfortunate that intelligence and police agencies don’t keep a better eye on those whom they already have reason to suspect of involvement in terrorism.

This latest terrorist attack in Berlin fits a noteworthy and troubling pattern. Anis Amri, who commandeered the vehicle by murdering the Polish driver, was well known to German authorities. Their intelligence agencies had surveilled him for six months — in fact, determining that Amri indeed had “links with Islamic extremists.”

Amri was first wanted in Tunisia for “hijacking a van.” Yet, the Tunisian government would not take him back after Italian authorities sought to deport him — subsequent to his arrest in Italy for arson and a “violent assault at his migrant reception center.”

All this was known, or certainly easily knowable, before Amri took the wheel of that tractor-trailer rig and mowed down so many innocent people. Yet, German authorities still couldn’t prevent the attack. Or stop the terrorist from escaping nearly 650 miles south to Milan, Italy, where four days later he was killed in a shootout with Italian police.

Fourteen months ago, the attacks in Paris killed 129 people and wounded more than 400. European authorities had three of the six attackers already on their radar; four were on U.S. terrorism watch lists. The London Telegraph reported that French police ignored warnings about Ismaël Omar Mostefaï, both from Mostefaï’s friends and Turkish authorities, prior to his participation in slaughtering concert-goers at the Bataclan club in Paris.

The two brothers who massacred 12 staff members of Charlie Hebdo, a satirical French publication that had mocked the Prophet Muhammad (along with nearly every other religious or political figure), were both well known to French intelligence.

Omar Abdel Hamid El-Hussein shot two dead and wounded five in Copenhagen, Denmark, in 2015, two weeks after being released from prison, having served time for stabbing a teenager on a train. During his incarceration, prison officials filed a report warning the PET, Danish intelligence, that El-Hussein had been radicalized.

Two years ago, Man Haron Monis, an Australian of Iranian descent, took hostages in a Sydney café, killing two and wounding four. The terrorist had come to the attention of the Australian Security Intelligence Organization by mailing a letter to the attorney general asking about the legality of communicating with the Islamic State just two months before the café siege. Monis had also reportedly written hateful letters to the families of slain Australian soldiers and even pledged allegiance to Abu Bakr al-Baghdadi, the leader of ISIS, on his website.

It’s not just an overseas phenomenon, either.

Consider Omar Mateen, this country’s worst mass shooter, having gunned down 49 people in cold blood at Orlando’s Pulse nightclub. For ten months, the FBI had looked into Mateen.

The same is true of Abdulhakim Mujahid Muhammad (formerly Carlos Bledsoe), who was under the active eye of the FBI’s Joint Terrorism Task Force from his return from Yemen until he opened fire on a Little Rock, Arkansas, recruiting station — killing one soldier and wounding another. Ditto Ahmad Khan Rahami, thankfully a far less effective terrorist. Rahami was captured last September after planting explosive devices in New York City and New Jersey, which injured 31 people.

“In case after case . . . authorities have come forward after the fact to say that they had enough cause to place the suspect under surveillance well before the violence,” the Washington Post recently noted. “This has been true of the majority of lone-wolf terrorism plots over the past several years.”

“If any lesson can be learned from studying the perpetrators of recent attacks,” an analysis in The Intercept concluded, “it is that there needs to be a greater investment in conducting targeted surveillance of known terror suspects and a move away from the constant knee-jerk expansion of dragnet surveillance . . .”

Yet, U.S. intelligence agencies are still gobbling up massive portions of our metadata in violation of the Fourth Amendment. That needs to stop. As Benjamin Franklin once wrote, “Those who would give up essential Liberty, to purchase a little temporary Safety, deserve neither Liberty nor Safety.”

Moreover, for all the data collected, we have little to show for it. In terms of actually thwarting terrorism.

Asked about the Patriot Act and the NSA’s mass surveillance programs during the campaign, President-Elect Donald J. Trump was not definitive, but said he would “err on the side of security.” But on which side — for or against mass surveillance — would that put Mr. Trump?

The fact that our massive security apparatus, having access to mass surveillance, has consistently failed to stop threats by seemingly ignoring identified terrorist suspects suggests that curtailing mass surveillance won’t hurt our security. It may actually improve it.