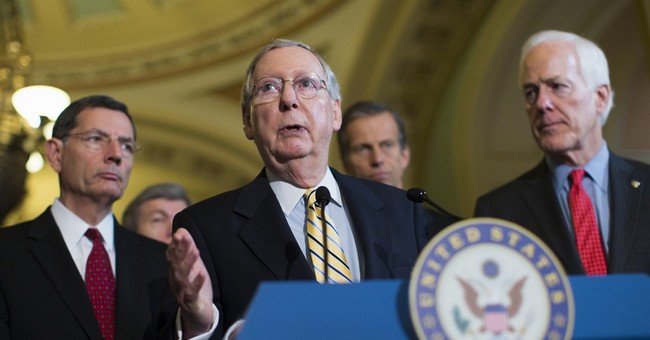 The United States of America is a republic, of course. Not a democracy.

Yet, it is through democracy — that is, via democratic means — that we maintain the Republic and thus, maintain the bulwark protecting our freedom as individuals.

“We the People” elect our representatives at the local, state and federal level, to serve our interests, and in 49 states (Delaware’s the weirdo) a majority of citizens must vote to approve any change to the foundational contract of that government: the state constitution.

That’s wonderful, certainly, except that hardly anyone (that is, hardly anyone not on the take) would say with a straight face that our elected officials represent us, or that it is actually our interests being addressed in the political realm — rather than the interests of these very same politicians and their powerful cronies.

This is why we need an electoral process that makes it easier, rather than more difficult, for new candidates, even new parties, to run for office.

Thankfully, in 26 states and most cities, citizens can also democratically initiate, through the petition process, a new law or constitutional amendment or refer a legislative enactment to be decided by a vote of the people.

Yet, this citizen initiative process has been under withering attack for decades from angry state legislators (and their favorite big interest groups). Oh, sure, the politicians orate on how deeply they believe in “democracy” and “power to the people,” but they become quite visibly upset when people actually stand up, democratically, to assert that power.

Since term limits swept through the initiative states in the 1990s, the response has been an all-out war waged by legislatures — both Democrat- and Republican-controlled — to undo those limits, if possible, and to destroy the ability of grassroots groups and individuals to place such reform initiatives on the ballot to begin with.

On the positive side, at least Nebraska’s “civil war” — as freshman State Senator Mike Groene of North Platte, Nebraska, called it — may be ending. On the floor of the state’s unicameral, Sen. Groene dared to recognize the 800-pound gorilla in the chamber: the term limits law passed by voters . . . three times, in 1992, 1994, and 2000.

Legislators surely remember that in 1996 the issue led to the first-ever voter rejection of a state supreme court justice, Judge David Lanphier, who had twice struck down voter-enacted term limits measures. They also were well aware that just three years ago Nebraskans answered with a resounding “NO” vote, when legislators placed a term limits weakening measure on the ballot.

Sen. Groene reminded fellow lawmakers that his Legislative Bill 367 would reverse a restriction on petitioning passed back in 2008 by furious legislators, first facing the prospect of having to relinquish their powerful seats due to term limits. He argued that the revenge-inspired statutory ban on paying petition passers by the number of signatures gathered had “really broken the back of people trying to take part in their government through the petition process.”

“It’s time for this body to call a truce,” Groene implored his fellow lawmakers. And, somewhat miraculously, those legislators responded with a 42-0 vote in favor of LB 367 . . . and an end to hostilities.

Weeks ago, Arizona legislators passed a statute making recall and referendum petitions subject to “strict compliance” rather than “substantial compliance” as had been the case in the Grand Canyon State, and is the case in every other state. Why? So the officials checking petitions must lean toward discounting the otherwise perfectly valid signatures of citizens for even the smallest technical mistake, and thwart citizens trying to recall them or refer their legislative enactments.

Arkansas politicians have been busily blocking future citizen initiatives through statutes passed in 2013 and another this just completed session.

The first statute is something of a machete attack on the petition process, adding cumbersome rules and regulations, loading up new and ridiculous reasons to disqualify the signatures of validly registered voters, requiring paid circulators to register with the state and provide a picture and constant updates on their whereabouts. (Seriously.)

The more recently passed Arkansas law requires a criminal background check be completed on any person agreeing to work for an initiative campaign as a paid petitioner.

The impetus there for destroying democracy is in part a 2012 citizen initiative that, had it succeeded, would have expanded gambling in the Natural State. Naturally, Oaklawn and Southland, the duopoly establishments featuring gaming and horse and dog racing, respectively, aren’t fond of even a hint of possible competition.

In a free market — economically, politically — the odds are long on blocking all competition forever. Which is why these gambling interests have successfully bribed legislators into knee-capping the competition by circumventing citizen control.

To justify their statutory assaults against citizen initiatives, Arkansas legislators made much of apparently forged or fraudulent petition signatures in 2012. Yet, let’s consider the first step that should be taken when laws are broken. Right! Prosecute the crime.

But that wasn’t done in Arkansas. Not a single person was held to account for violating the rules. Instead, new rules were written to burden everyone, especially grassroots groups, seeking to petition their government.

This is not out of the ordinary. Those who commit criminal acts in the petition process — serious and not so serious — rarely get prosecuted. That’s a problem.

What is ordinary, however, is state officials attempting to use petition rules as a weapon to harass their opponents. That is, suppress democracy. Longtime readers of this column will remember my role as one of “The Oklahoma Three” — three of us indicted by the attorney general of Oklahoma on trumped-up felony conspiracy charges and threatened with ten years of prison over an initiative petition the AG (and other political insiders) didn’t like.

Thankfully, my frightening episode ended well. After a year and a half of being under indictment, all charges were dropped — without ever even completing a preliminary hearing for a judge to assess whether the charges possessed any merit.

That AG is, today, a private citizen. And the office is now term-limited.

Except that next month in South Dakota, a young medical doctor, Annette Bosworth, faces a trial that could land her in prison for 24 years. For what? Murder? An al-Qaeda linked terrorist plot? Is she a drug cartel kingpin?

No. She signed as the circulator on six petitions verifying the dozens of voter signatures affixed thereto.

Dr. Annette Bosworth was a first-time candidate for the Republican nomination for the U. S. Senate from South Dakota. She kept petitions to qualify for a place on the ballot at her medical office. Numerous patients and office visitors signed.

But her professional career added a wrinkle to her campaigning, particularly her petitioning. Dr. Bosworth did pro bono work overseas, traveling to practice her medical craft for free to care for people hit by terrible catastrophes. During her petition drive, she went to the Philippines for two weeks after a massive typhoon.

While off seeing to the sick and needy, people continued to see the petitions in her office and sign them — including, for instance, her sister. To make a long story short, Dr. Bosworth innocently signed those petitions as the person who had circulated them and turned them in.

The affidavit she signed states that she witnessed each person affix his or her signature to the petition. She didn’t actually witness each one.

Oh, silly me, I mean just a mere 24 years behind bars. And loss of her medical license.

That’ll teach her — and all political challengers, including citizen petitioners — a lesson. Any mistake and you, too, can be crushed like a bug. Who’ll dare challenge powerful men for office again?