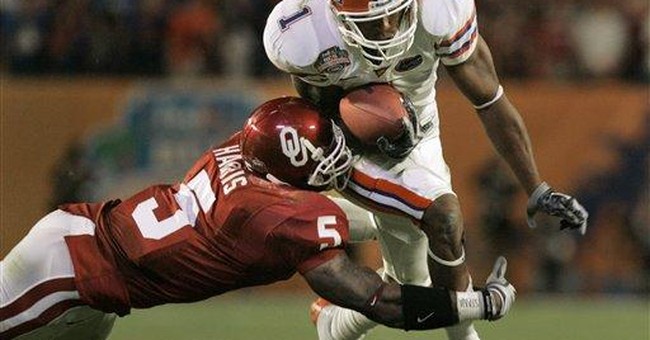 When my kids complain that things aren’t “fair,” it usually concerns who gets the bigger slice of pie. I tell them what my parents told me: “Life isn’t fair.”

But I also tell them that it’s my pie, so it would be perfectly fair for me to keep it all — and for them to get none. I’m being nice to give them pie, not fair.

I think I’m teaching them a valuable lesson about what’s theirs and what isn’t, not to mention encouraging them not to sweat the small stuff, and to have a positive attitude in order to rise above any real or perceived slight.

But don’t get me wrong: I’m for fairness. Fairness is good. I try to teach that, too.

Equality before the law, for example, is more than merely good — it’s vital. We all have an equal stake in our community. No one deserves better treatment from the police or the assessor or the inspector than someone else. We’re all part of the government (like it or not), we’re all “in it” together. So policies should be fair, equal. That is, equally applied — and of such substance that we’d want the laws equally applied.

But too often, today’s standards are not the same for all. Too often our leaders express opinions about fair and equal that are, well, let’s just say “at odds.”

Years ago, when Ronald Reagan went to the Soviet Union, he used the fact that there are many parties allowed to form in the United States — not just two, and not just one, as in the Soviet system — to make the case for freedom. Freedom to associate, freedom to petition government, and the practical ability to do so, these are all-important aspects of a free society.

Ronald Reagan believed that. Nearly every American knows the justice of the argument.

So, why do there remain onerous hurdles placed in the way of third party and independent candidates to gain spots on the ballot? And why do Republicans and Democrats face hardly any requirements at all?

The questions almost answer themselves.

It’s that way because major-party incumbents want it that way. And the courts have not been strong enough in protecting a pluralistic political system (as recognized in the Constitution.)

I’m certainly not suggesting affirmative action to tilt the playing field toward minor parties. They shouldn’t have it easier getting on the ballot, or be placed every time on top of the list for votes.

So why not chuck the whole incumbent-favoring party-archy and go back to fairness?

I’ll let that question just hang there, and press the question to other matters.

Consider affirmative action, or what I call racial and gender preferences. I think such practices should be ended. I have trouble seeing how anyone could disagree.

Now, I don’t for a second argue that women and black Americans haven’t been discriminated against. They have — terribly. But it isn’t fair to penalize an innocent person of any color or sex today for the meanness or crime of someone else, yesterday.

If that’s the principle of our polity, then how far advanced are we from throwing virgins into volcanoes?

After I made a similar point in one of my Common Sense e-letters, I received a note from a friend asking where I stood on legacy admissions to universities — that is, receiving extra “points” because your parent or grandparent went to the school. I can understand why colleges might do this. It helps keep alumni support. And I can understand how important it is for some to have their offspring receive education at their alma mater.

But how can any public institution countenance giving someone a leg up because of what some ancestor did. That’s not fair to other taxpayers, who contribute to the support of these colleges and universities even if they do not attend.

Merit is a better and fairer measure. And notice, here (and once again) that fairness isn’t the same as strict equality. People aren’t equal, so shouldn’t be treated the same. The standard of equity demands that we be treated according to our merits.

This even applies to sports. No one — at least no one who’s a good sport — wants a biased referee. And, in setting up contests, no one should want a college football Bowl Championship Series that’s a joke.

The BCS, created by the six major collegiate athletic conferences, picks the two top teams for a national championship game, as well as deciding which teams will go to the other most lucrative bowl games. The BCS (it would be more apt without the “C”) uses polls, various computer models, and perhaps a Ouija board to make their selections.

This season ended with Utah as the only undefeated team. So why aren’t the Utes the champs?

Well, we may find out more soon, as the Utah Attorney General is threatening an anti-trust lawsuit against the BCS.

The solution is simple. Let the champion be decided on the field of play and not by experts or computer geeks. Create a national playoff. It can be done. Other sports have managed it. But the folks running the major conferences resist.

Why? Because they want to play in the “big leagues”? And act like politicians?