When in doubt, pile on 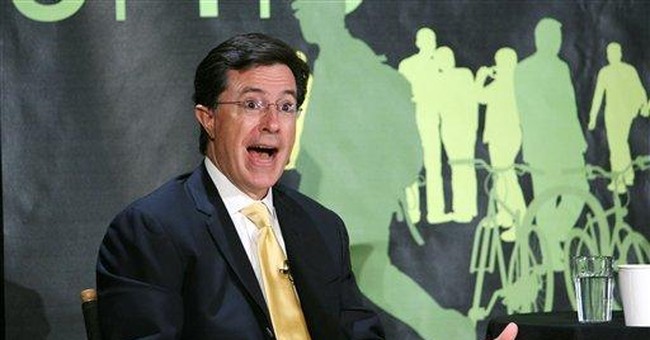 I have to keep reminding myself: The term "reductio ad absurdum" pertains to rhetoric. People use it to try to persuade other people. It's a highfalutin form of mockery. You mock an argument by taking it to an extreme, thereby showing the consequences of your opponent's premises.

The trouble with the Old Reductio, today, is that our enemies take their own arguments on beyond absurdity — and then expect applause.

Example? You need an example?

We have all talked about the bailouts. Nearly everyone in power seems for them. But all the fear of falling prices and recession and depression and credit freezes and the like don't make up for the simple fact that the bailouts take taxpayer money and throw it at people who have made some horrendously bad business decisions.

To support the bailouts is basically to confess, publicly, that only profit may exist. Loss must be avoided on the macro level, at least for "people who matter."

It is the utter repudiation of what was once called "the profit-and-loss system," or "the free market," for short. This system can be said to work, to the extent it does (which is: far better than government-managed systems), because of both profit and loss.

Modish modern thinking kicks half of the machinery away.

Recently the economist whose last name is Stiglitz appeared on the Colbert Report, trying to explain how all this doesn't amount to socialism. He said it was the modern system of "public-private partnerships," of socialized risk and privatized profit ("where the public gets the losses and the private sector gets the profits") and he said it with the kind of smirk that suggested he was in on the joke with Stephen Colbert, and yet . . . that's precisely the kind of system he pimps for.

Where's the joke? Is he against this system? No.

Apparently, he just wants the right people to get the money. And he wants himself or a preferred set of friends to be in power, distributing the money.

There's satire here, but the satire is in the merest statement of fact. Stiglitz is now a figure of comic proportions, all the more so because he is dead serious. And absurd. (Though when he says that we haven't "seen the worst of it, by far," I believe him.)

Yes, Joseph Stiglitz and the Democratic Party — along with most of the intelligentsia and the very opposite of that crowd, the Bush administration . . . as well as Ye Olde Guarde GOP — have embraced absurdity. They smile, knowingly, trying to play it both ways. Yes, it's absurd. And yes, it's the best they can do.

Behind their smirks, they mouth aspersions: We who object are lowbrow morons.

Well, if you keep arching your eyebrows at your own policy, I guess that does make you a highbrow. Like your mother said, if you insist on making faces, some day your face will freeze that way.

While traditionalists wait for the Second Coming, these proud folk appear merely to wait for Godot. And they act the part, playing clowns amidst the wreckage. There appears to be no absurdity they won't embrace.

Example? You need an example? Take one of the latest bailout discussions, the proposed bailout of ethanol production operations.

And yes, I have to repeat that: The makers of ethanol.

They may be the biggest recipients of idiotic federal largesse in our age — until the recent subprime mortgage failure, ethanol subsidies were the federal policy that most closely mimicked legal insanity — but today ethanol producers are hurting. Many played the futures market. And took a huge loss.

Who said the market is never just?

And yet Agriculture Secretary Ed Schafer, speaking at something called the World Food Prize symposium breakfast (what that is, I don't even want to know), stated that "Some plants are under pressure because they've been speculating on corn . . ." and he went on to say that the USDA may use its Rural Development office to provide up to $25 million to keep the system going.

Now, a wiser man would have taken the occasion as an opportunity to let the ethanol industry sink into deserved obscurity. But there are no wise men in the Bush Administration. If you had some hope for fiscal responsibility from these "compassionate conservatives," that hope must now be as dashed as the salt from the grimiest saltshaker in the greasiest of greasy spoon restaurants.

There are, however, a few reasonable congressmen left. It's a pity that one of them has the last name of "Flake," a moniker better suited to a Christopher Buckley comedy than to actual politics. Rep. Jeff Flake has taken an almost heroic stance. Which means, today, not much more than pointing out the painfully obvious:

Flake said tax breaks and credits for ethanol producers should be repealed. "The high price of corn has had a ripple effect over our entire economy. Instead of trying to bail out every industry hurt by it, the federal government needs to take a serious look at reforming our ethanol policies," said the East Valley Republican.

The only problem with the statement is that term, "reform." Ethanol subsidies should not be reformed. They should be repealed.

As should every last bit of insanity now pushing our economy into the corporatist, Mussolinian monstrosity so beloved by (a) Bush, (b) Bernanke, (c) Paulson, (d) a majority of Democrats in Congress, and (e) far too many Republican solons, too.

Oh, and let's not forget Agriculture Secretary Schafer, who apparently suffers from bailout envy. He just has to put his two cents in.