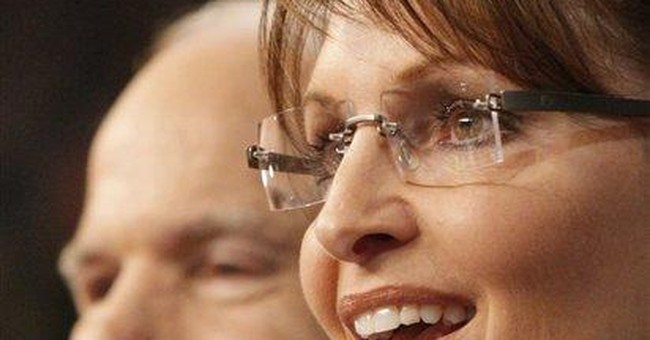 "Is she going to put her country first or her children first?"

So asked columnist Sally Quinn last week, at the close of a segment on The O'Reilly Factor. Quinn was making a repeat appearance, apparently to apologize for her performance days earlier.

Quinn landed on Bill O'Reilly's show in the first place to defend her post on the Washington Post/Newsweek blog "On Faith." In a piece entitled "Palin's Pregnancy Problem," Quinn contended that Alaska Governor and GOP Vice Presidential Nominee Sarah Palin's "lack of experience and her family situation" disqualified her for the presidency. And thus the vice presidency.

"John McCain . . . must have said it one thousand times, 'I put my country first,'" Quinn told a CNN interviewer. "And I think if you're talking about the commander in chief and that is what she is likely to be given his age and his health. Will she put her country first, or will she put her family first?"

Being a working mother herself, Quinn insisted that women "should" work. But there is a "tipping point" more than reached at the level of the presidency. And apparently at a certain number of children.

"It's one thing to have one, two or three children, especially if they are healthy children," argued Quinn. Of course, Palin has five children, one with Down's syndrome. Quinn, herself the mother of a child with a serious learning disability, also mentioned the 17-year-old daughter's pregnancy, suggesting that means the potential Vice-President must worry about six kids.

Quinn raised the specter of that 3:00 am emergency phone call to the president. Will Palin grab the phone or care for a sick child?

CNN's Soledad O'Brien incredulously asked Quinn why Palin wouldn't do precisely what other working mothers do: hand the sick kid to dad.

Really? After decades of denying there was any difference between men and women, of suggesting that ever even to question non-traditional roles was repulsively sexist, the self-described "liberal media elite" (or one such) now tell us that women simply cannot tackle important jobs in society because they must so completely focus on family considerations. Women in important positions are unreliable.

And, obviously, we must forget about fathers ever stepping up to fill in any voids left by a working mom. We cannot overcome our biology. Males of our species can only hunt, never nurture.

I wonder, is it a coincidence that we are told this bit of sex-role traditionalism right as the first Republican woman finds a place on a national ticket? What contortions members of the liberal media elite perform when grinding their political axes! Conservatives would no doubt take greater offense were they not snickering so.

On her apology appearance with O'Reilly, Quinn didn't really apologize at all. Oh, sure, she said Palin gave a "great speech," which these days has become almost an insult. And Quinn admitted that her attacks had actually rallied people to Palin's side.

One can make a legitimate argument about experience. Neither Obama nor Palin have many years in national office getting to know other politicians, lobbyists, and the media. If you value that sort of thing. I find the amount of time spent in the capital by Senators John McCain and Joe Biden to be a distinct demerit.

But Quinn continued to assert that Governor Palin was not ready to be president precisely because of her family responsibilities. And she continued to press the inquiry: Will Palin's family come first, before our country?

Let us hope so. Those who serve in public office should never put their offices above their own families. My country certainly does not come before my children.

This does not mean that we don't sacrifice for our country. But whatever sacrifices we endure we do so because we want our children, our loved ones, to live, and not just live any old way, but in a free country. My goodness, is there a parent somewhere, mother or father, who would actually put country before child?