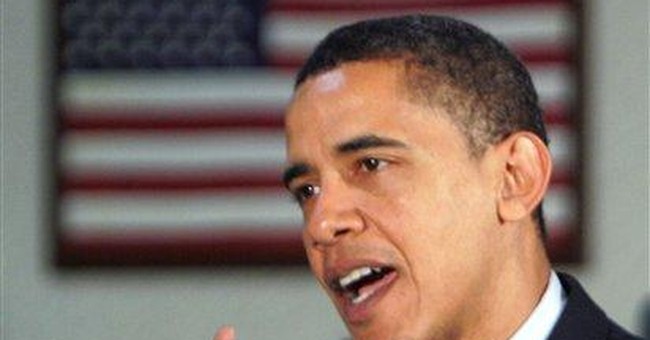 We can all support democracy without demanding to “put everything up for a vote.” Our greatest democratic freedoms include the individual’s freedom from being tromped all over, “democratically” or otherwise, by government.

So on that note, let me say that I’m sure glad science isn’t put up for a vote . . . more than it is already. When given unlimited purview to control, anyone can get corrupted. That whiff of power can drive even some of the best of people crazy.

Denial-of-reality crazy: If heliocentrism were up for political grabs, governments might be forced to go against Galileo once again. After all, fearful politicians or a fevered-up plurality could say: See, the sun rises and sets — all the proof you need that the sun revolves around the Earth!

Just so with trade policy. There are few truths so firmly established as comparative advantage and the notion that with free trade we all gain.

But some see in competition only the fearsome beast. Who? Some businessmen, some workers. The ones who see red are usually those who’ve just gotten a pink slip.

While it’s certainly true that competition can make us work harder — and smarter — competition just as surely produces more and cheaper goods than protectionism would allow. And it opens up new avenues for employment and entrepreneurship, too. In the long run, pink slips slip into every worker’s shoebox. We move on.

Don’t forget, the history of trade is a history of success after success. And the freer the trade, the better. Protectionism is not a policy for the workingman, though everyone nowadays seems to pretend that’s the case. It was and remains a policy to help some at the expense of others, usually some rich at the expense of those a lot less rich. Picking at the scabs of rough-and-tumble competitions past, Lou-Dobbs fashion, doesn’t undo the writings of Adam Smith, David Ricardo, Frederic Bastiat, Arthur Latham Perry (once the most famous of American free trade scholars), or the work of today’s best economists.

Unfortunately for our fortunes, some people only fix on the immediate effects: the wider effects, and the lagtime bounty, they go unseen. A trade restriction dropped? A business goes down; workers search for new employment. Easy to track. Easy to fixate on. Easy to fret about. Easy for mob focus and demagoguery.

Which is why Barack Obama has been making noises to renege on the North American Free Trade Agreement (NAFTA): “I think we should use the hammer of a potential opt-out as leverage to ensure that we actually get labor and environmental standards that are enforced.” All code words in protectionist speak to erect barriers to protect certain client groups.

NAFTA ensures freer trade than otherwise politically likely, not free trade as such. NAFTA is as imperfect a real-world political instrument as you could expect from politicians. Still, trade has freed up, and increased, making most of the complaints against it nonsense.

Indeed, too few of us complain that NAFTA isn’t free trade enough. To fume against NAFTA today usually means just one thing: to fulminate against competition. Unfair! Unfair! Such talk now gets wrapped in the flag of “labor standards” and environmentalism, but the actual impetus and intent remains clear. The old whine finds new bottles in the Obama campaign, but the sour grapes taste just the same.

Which is also why major Obama campaign consultants have reportedly whispered to Canadians that, no, Obama does not mean what he says. The candidate’s only saying nasty things about NAFTA to pick up a few extra votes among the die-hard trade-o-phobes in the Mid-West bastion of the Democracy.

Juicy. But the story doesn’t stop there. CTV backtracked a bit on Leap Day:

The Obama campaign told CTV late Thursday night that no message was passed to the Canadian government that suggests that Obama does not mean what he says about opting out of NAFTA if it is not renegotiated.
However, the Obama camp did not respond to repeated questions from CTV on reports that a conversation on this matter was held between Obama’s senior economic adviser — Austan Goolsbee — and the Canadian Consulate General in Chicago.

The point of this breaking story is not that politicians lie (we all know they do) but that sometimes they get caught.

But now the wagons have formed a circle:

On Thursday, the Canadian embassy in Washington issued a complete denial.
“At no time has any member of a presidential campaign called the Canadian ambassador or any official at the embassy to discuss NAFTA,” it said in a statement.
But on Wednesday, one of the primary sources of the story, a high-ranking member of the Canadian embassy, gave CTV more details of the call. He even provided a timeline. He has since suggested it was perhaps a miscommunication.

Yeah, right. Is there really nothing to see here? Should we all just move along? What we witness is a story caught in mid-sweep . . . the broom stopped as the dust settles under the rug.

After all, the story has plausibility written all over it. The Economist pointed out that Obama was very different on trade before he began his campaign. After he’s won what he needs to win to pry the nomination from She Who Must Not Be Elected, he can go back to honesty again. Ah, the audacity of truth!

And make no mistake, the story, unhedged, is heartwarming, in its way. One can certainly hope that Obama is nowhere near as foolish as his pandering policy statements suggest. (I suppose one could affix that same hope to Hillary Clinton, who has been trying to outdo Obama as a protectionist, in recent debates — and has even gone so far to deny nearly identical rumors about contacting Canadian officials. But that seems one audacity too far, doesn’t it?)

Of course, I don’t know what Obama really believes. It takes a lot of gasbaggery to become a leading light. Right now he’s pandering to protectionist Democrats. Who knows to whom he will pander tomorrow?

Between you and me, let’s be glad not to feel such a need to lie, especially against the obvious truth.

In any case, I am happy to affirm, once again, that the Earth revolves around the sun.