Do We Really Need Consultants to Impart the Golden Rule?

Paul Greenberg
|
Posted: Apr 13, 2017 12:00 AM
Share   Tweet
The opinions expressed by columnists are their own and do not necessarily represent the views of Townhall.com. 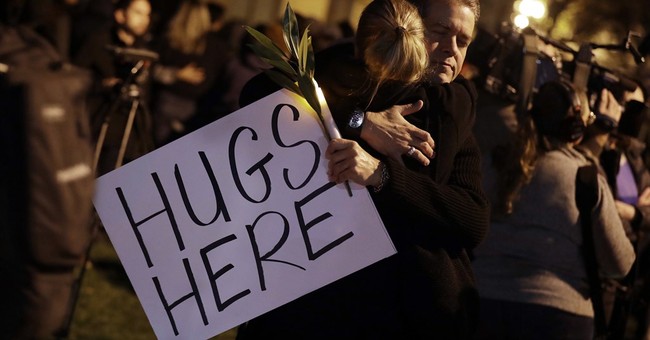 Lucky Little Rock; its cops are going to be taught how to treat folks from another culture -- Colorado's for example -- with due respect. So for at least $58,000 a year in the taxpayers' money, experienced bureaucrats will be put in charge of "cultural competency and diversity training" for Little Rock's police force.

Little Rock has tried this approach before, specifically with a homegrown outfit calling itself Just Communities of Arkansas, but more than half the cops subjected to such training rated it as, well, unjust. Or as the report card they filled out put it, "unsatisfactory." That's what human relations have been reduced to in our check-the-box times.

The obligation to treat other folks decently seems to have been delegated to bureaucrats instead of doing things the reciprocal way that mama taught us as children. Namely, be nice to others, and they might be nice to you. Which is Arkinsaw for what Confucius called the universal principle of any decent society: reciprocity. It's the golden rule: Do unto others as you would have them do unto you.

But now the state's capital city has chosen Global Perspectives Consulting LLC out of Colorado Springs, Colo., to teach its benighted citizens how to get along with each other, bringing to mind a classic definition of expert: somebody, indeed anybody, from out of town. Just as Innocent Reader might have suspected, the first result of all this sensitivity training may be to pit citizens against each other. For when bureaucrats take over the job that the family, church and community may no longer do, the once united community becomes a house divided against itself, and will not stand. To be taught this simple lesson, we need outsiders? You'd think we would be quite capable of fighting each other without any expert help to provoke us.

The ink was scarcely dry on this juicy contract before citizens started raising objections to it. Even though Global Perspectives' owner, Robert Strauss, assured all and sundry that his company "has extensive experience in complex environments addressing multi-layered problems. Consultants are skilled at leveraging polarities, where seeming opposite values must be integrated together while retaining dignity and ideals. These are the challenges faced by law enforcement today." As if they hadn't always had to be faced by police forces in a free society where both law and order need to be respected.

Little Rock's own impressively named Racial and Cultural Diversity Commission was quick to object to the choice of Global Perspectives as a local peacemaker. As if it were honing in on the commission's own territory.

The commission complained that Global Perspectives lacked, well, global perspective. How else explain why the city's advertisements for somebody to bring us all together didn't pointedly mention racial issues among "topics to be covered at minimum." For the topic that should have led all the rest wasn't mentioned, not in plain English anyway. Race, it seems, remains the one unmentionable topic in polite society, just as it was back in the old separate but unequal days. ("Hush, the children might hear.")

The more things change, it seems, the more they remain the same -- only hidden under layers of impenetrable lingo that make it hard to address the simplest problems of the biracial, multi-ethnic society the urban South has long been, along with much of urban America for that matter. The local diversity committee, which is definitely not a Limited Liability Corporation, noted that while the requests for proposals addressed matters like stress management, cultural interactions, how to calm explosive confrontations and the distinct problems of homosexuals and the transgendered, race wasn't explicitly mentioned.

"None of the topics explicitly referenced the intent for any instruction to recognize racial issues," said a letter of protest from the Little Rock Racial and Cultural Diversity Commission. "Racial tensions, mistrust, brutality, the killings of unarmed black men are all sources of major conflict between communities of color and law enforcement across the nation. Therefore, any cultural competency instruction should and must equip law enforcement personnel with effective training to address the reality of race, the inevitability of interracial interactions and the necessity of constructive race relations." What a pity such a course doesn't include a primer on plain speaking.

The result is that the experts seem to be so busy circling around the central issue in this hullabaloo that it's avoided instead of being faced head on. And nothing seems to bring home the obvious like studiously avoiding any mention of it. To quote a piece of doggerel by Hughes Mearns that sums up the problem and paradox:

Yesterday, upon the stair

I met a man who wasn't there

He wasn't there again today

I wish, I wish he'd go away

When I came home last night at three

The man was waiting there for me

But when I looked around the hall

I couldn't see him there at all!

Go away, go away, don't you

come back any more!

Go away, go away, and please don't

Last night I saw upon the stair

A little man who wasn't there

He wasn't there again today

Except that this problem isn't about to go away if this myriad of experts with all their expertise to match just stay and stay and stay.