Paul Greenberg
|
Posted: Mar 22, 2016 12:01 AM
Share   Tweet
The opinions expressed by columnists are their own and do not necessarily represent the views of Townhall.com. 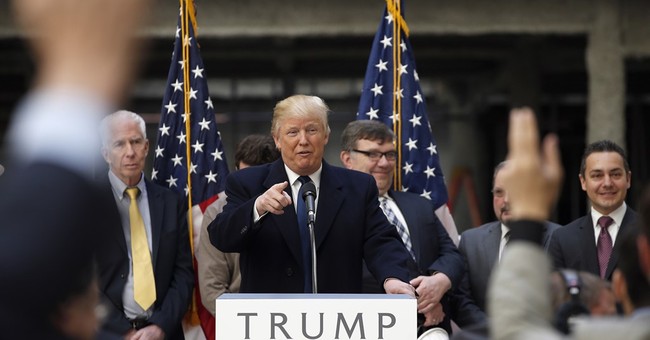 It's all over but the shoutin', and that's done, too. The fat lady's sung, the crowd is drifting back to the cheap seats, Donald Trump has triumphed, and the best of the alternatives (Marco Rubio) has given up. John Kasich remains wandering about on stage, having carried his home state of Ohio, and Ted Cruz is still numbered somewhere among the also-rans, remaining in only nominal contention. He may even have survived an empty challenge in The Show Me state of Missouri, which has just shown him the door.

To sum up, these are times that try men's souls -- but scarcely for the first time. Tom Paine, thou shouldst be living at this hour! America has need of your eloquence even to begin to describe the sad scene before us in this Year of Our Lord 2016, another annus horribilis in an American calendar full of them. Yet the Republic has survived, and even prospered, through all of them.

The optimist will point out that the choices were scarcely appealing in 1860, either, when a hodgepodge of hopefuls milled about on the edges of the presidential race that troubled year. Out of those faces in the crowd emerged the most ungainly, even grotesque, caricature of a presidential contender ever to have appeared on the national scene: a long-time loser named Abe Lincoln, rail-splitter and homespun philosopher.

By 1860, Mr. Lincoln had played his poor cards wrong at every opportunity over the long years and decades. Whether he was opposing the popular Mexican war during the 1840s or protesting the Kansas-Nebraska Act in the 1850s. And now, improbably enough, he was presenting himself as an alternative to the smooth-as-silk Stephen A. Douglas, the Little Giant himself.

Have any of the choices in a presidential election since looked so poor or yielded so rich a harvest? As a German named Bismarck once commented, God looks after fools, drunkards and the United States of America, and in God we still trust. Which is a much better choice than trusting the American electorate.