The Office: A Brief History 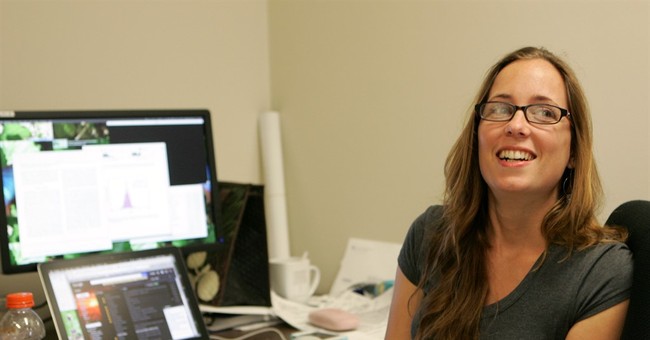 The scene would be familiar to those of us of a certain age: a gray sea of metal desks at which clerks sit from 9 to 5 clacking away at typewriters or old-fashioned adding machines, making carbon copies (remember them?) that no one may ever look at. Or forever recording rows of figures.

The popularity of "Mad Men" on television, that trip back in time, brought back the whole, narrow-tie, Borsalino era. I used to ride the Chicago & Northwestern commuter line with what seemed like a million such Mad Men, and was one myself as I headed home to suburban Glenview, Ill., after a day writing editorials for the Chicago Daily News -- and watching the life being edited out of them.

If it were a landscape, such an office could be titled the Sea of Futility, a place Charlie Chaplin anticipated in "Modern Times" back in the Depression year 1936, only without the hectic pace he was so good at transmitting on the screen. For nothing so fast and dramatic could happen at a 1960-ish corporate shrine to ennui. The typical office in those days was Kafka without the art or mystery. Surely it's no coincidence that Franz Kafka's day job was that of actuary in a state bureaucracy.

To appreciate or rather apprehend the dismal quality of that kind of office, all it takes is a scene or two from a movie like "The Apartment" (1960), in which an innocent schnook -- lovable Jack Lemmon -- is exploited by the office womanizer and jerk-in-general played by Fred MacMurray. Every office seemed to have one: the villainous climber to whom the little people out there were just furniture to rearrange from time to time.

It's in a similar movie, "Office Space" (1999), that one of the characters captures the air of despair that seemed to hover over such places. "We don't have a lot of time on this earth," he says. "We weren't meant to spend it this way."

Picture such an office: Lining this Bay of Boredom in the 1960s were private offices for those slightly higher in the pecking order. Those offices doors could actually be shut -- and so afforded a minimal privacy where middle managers could study their spreadsheets when they weren't giving full attention to office politics. Those little cubbyholes were coveted, and there's no telling how much ingenuity was wasted in conniving to get one.

But all that changed, or at least took on a different configuration, as the 1960s melded into the 1970s, and Robert Propst came along to redesign the office. A talented designer with Herman Miller, the office furniture company, he called the American office of his time a wasteland that "saps vitality, blocks talent, frustrates accomplishment. It is the daily scene of unfulfilled intentions and failed effort." Not to mention Thoreau's lives of quiet desperation that he said most of us live. Robert Propst's diagnosis was all too accurate.

What to do? Mr. Propst had the answer, or thought he did. Just change the design of the office! For what are we but the products of our built environment? Change our offices, and we can change ourselves. Make the office more human and we would all be human again. Voila!

So was born the concept and reality that would change the office world, and become the most dreaded word in the American lexicon: Cubicle.

That's a lot of weight for a single word, and idea, to bear. Especially when the cubicle was so simple an innovation: just a three-sided, open-ended box that was supposed to assure privacy and at the same time invite cooperation ("meaningful traffic"). For a personal touch, add a fern. Action Office II, introduced in 1968, was born to rave reviews. Eureka!

The sides of the box could be widened or narrowed to fit the status of its occupant at the time, small or great, little person or big cheese. By 1985 the World Design Conference hailed the cubicle as the most successful design of the past quarter-century. By 1998, an estimated 40 million of us worker bees were busy in 42 different variations of Action Office II. I worked in one at the late Chicago Daily News for an excruciating year.

Interviewed once for a job at Time magazine by one of its top editors, I noticed that his spacious office was just a cubicle writ large. Its walls could be expanded to suit an executive's rise -- or constricted as he fell in the corporate table of organization.

We spent most of my interview with the Time editor talking about Salinger and John Updike, who were all the rage at the time. Salinger's "Catcher in the Rye" remains a kind of underground bible for young people who think they're the first generation to discover that their elders are a bunch of phonies.

By the time Time came through with a job offer, I was already headed back South in not so quiet desperation. It was no surprise to learn years later that the exec at Time, a nice enough fellow of no particular talent, had been squeezed out. The walls had literally closed around him. The cubicle had claimed another of its own.