The Downfall of Wal-Mart 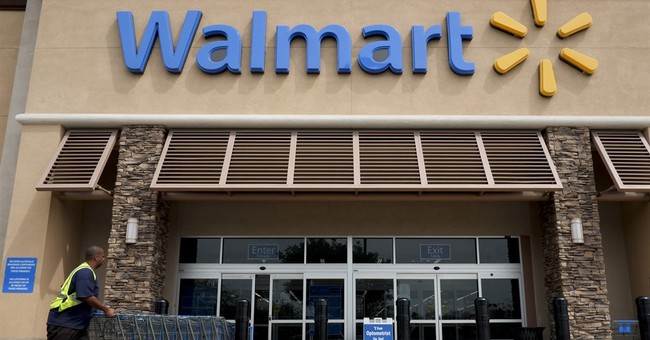 The laws of economics are no more changeable than those of physics. No matter what the planners in Washington decide, every action may still have its opposite but equal reaction, and the greater the supply of a commodity, the lower the price must fall. Some things, like the law of supply and demand, still must apply, no matter how much we want to change them.

Robert Reich, who as an economist is more of a wizard of wishful thinking, can declare wages much too low for American workers to get a fair share in the American economy. He figures the typical American employee is now earning $8.25 to $8.80 an hour (at Walmart or McDonald's), but most companies can easily afford to pay $15 an hour without causing layoffs or requiring price increases.

Which is easy enough for Mr. Reich to say. He's not in business. Nor, despite all his good intentions, can he repeal another law, that of unintended consequences. As much as he means well, he may do only harm.

All of that has yet to stop the execs at Wal-Mart from sounding like social workers as they repeat the more politically fashionable mantras of their time, unaware that the best thing they can do for the general welfare is to be good businessmen first and last.

Back in February, CEO Doug McMillon of Wal-Mart agreed to raise his company's pay for entry-level employees to almost $9 an hour come April and up to $10 early the year after. That would amount to more than 37 percent above the current federal minimum wage law. So how did all that work out for Wal-Mart in the real world?

Announcing the company's third-quarter results in November, Mr. McMillon had to admit that the pay raise was a significant cause of Wal-Mart's 8.6 percent drop in corporate earnings from U.S. stores. The company now says the higher wages and other education programs have added $1.2 billion in annual costs to the company's expenses this fiscal year and will probably add another $1.5 billion to the company's balance sheet in the next. It'd be safe to assume most of that money, though, went to wages.

By making profit a dirty word, Robert Reich and misguided associates have left American companies like Wal-Mart with less capital to invest in new stores, more apps and all the rest, most of all in more jobs for American workers, who may have no real idea why they've been denied employment at a Walmart.

Is this a low, mean-hearted approach to economics? Ask the young worker who has to apply for welfare. It's certainly not the way the rest of us run our own businesses, or till our own land, or choose our own investments. We understand that business is business, not the stuff of magical thinking.

No wonder Wal-Mart is not the great job producer it once was, or why the value of its stock keeps dropping compared to, say, Costco or Amazon, whose shares keep rising in value. Investors are not impressed with the societal benefits of higher minimum wages, with Wal-Mart stock down more than 30 percent so far in 2015.

By substituting daydreams for common sense, the character of a once great company can also be changed radically or lost completely. Sam Walton, Wal-Mart's legendary founder, used to say that his dream was to serve the under-served by providing more value for lower prices. In doing so, he may have done more to help lower-income Americans than any government program ever.

Wal-Mart's current management would do well to go back to Mr. Sam's original vision, which helped create the largest company in the world and made it one of the most successful companies ever in America, for customers, employees and investors.