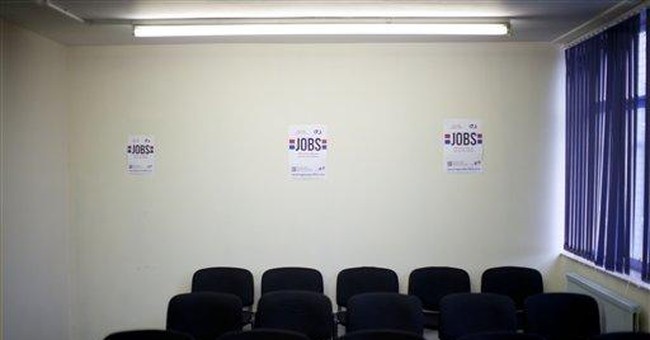 There is waiting for a war to end before kin are called up and shipped overseas. And there is no waiting at all before uttering a heartfelt prayer of thanks when hearing the news about Hiroshima, then Nagasaki, and realizing what it meant. Peace!

At last. Sammy Greenberg, the oldest of the cousins, could come home from Guadalcanal safe and sound, having lived to tell about it. George Rothkopf, the young clerk-typist at Barksdale who had just married my sister, wouldn't be going to the Pacific after all but could start a family right here in the good old U. S. of A. No wonder sirens were going off and crowds gathering at the courthouse square to cheer the news. Why wait?

There is also waiting for a war to begin, like now, or rather spread. For today it is the mullahs in Teheran who are about to have the Bomb and sound as if they can't wait to use it to wipe a small neighboring country off the map. As they have sworn to do time and again.

There is waiting for payday and waiting to make a payroll.

There is waiting for test results in a doctor's office, and waiting for a souffle to rise -- or for a tyrant to fall.

There is waiting for revenge, and waiting for it to dawn that revenge is only sweet when one is in no position to exact it. "Revenge is Sour," to quote the title of a classic little essay by George Orwell.

There is waiting bored and waiting fascinated.

There is waiting like a comatose patient, living only in dreams that only he may know about.

There is waiting like a woman in labor. Expectant.

There is just waiting and there is waiting in expectation, preparing to rise and ascend....

Kneeling before an altar

Of wood in a stone church

In summer, waiting for the God

To speak; the air a staircase

For silence; the sun's light

Ringing me, as though I acted

A great role. And the audiences

Still; all that close throng

Of spirits waiting, as I,

But not yet. When I speak,

Though it be you who speak

Through me, something is lost.

The meaning is in the waiting.

There is waiting for the Messiah to arrive or, if he's already appeared, wondering what difference it made if we're still holding to our old ways. There is waiting for the realization to hit that it's not whether He's arrived that matters but whether his arrival has changed us. Or as a wise rabbi once pointed out, if all of us acted as if the Messiah had come, it wouldn't be necessary for him to come.

May your waiting be the best kind -- aware that you are waiting, not just killing time, which can be as great a crime as killing anything else.