God and Man in Carolina 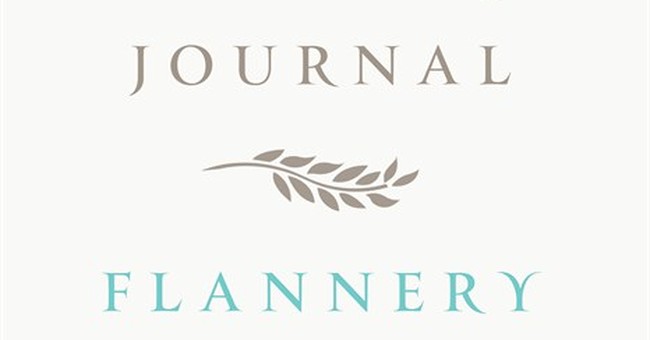 "Faith is what someone knows to be true, whether they believe it or not."

TOPSAIL ISLAND, N.C. -- Flannery O'Connor would be right at home here, for nothing of a spiritual nature seems to have changed hereabouts since her antihero Hazel Motes founded his Holy Church of Christ Without Christ.

Paradoxes abound in O'Connor's stories -- just as they do in life. Believers still keep running into the worldly just as they do in her gothic comedy "Wise Blood," as when Hazel watches a supposedly blind preacher and his teenage daughter crash a street vendor's potato-peeler demonstration in order to advertise their own product -- a new ministry. Soon enough the "Reverend" Hazel Motes is delivering his own street-corner exhortations.

Whether a self-anointed Reverend/Prophet like Hazel Motes would be allowed to preach on the street these days is the subject of a front-page news story in the local weekly, the Pender-Topsail Post and Voice. ("Burgaw wrestles with free speech.")

It seems a fight, always known as an "altercation" in newspaper copy, broke out when a street preacher decided to do his inspired thing in front of a local antique shop -- and was promptly accused of harassing passersby and interfering with business. We can't have that in America, a country whose business, as Calvin Coolidge put it, is business.

It was Mr. Justice Brandeis who noted that one of the essential rights of a civilized society is the right "to be let alone." Who hasn't appreciated that right when accosted by a street preacher determined to convert you to his religion -- or a Jehovah's Witness knocking at the front door? (This old Jew's standard reply: "Sorry, I have a previous commitment." Made at Sinai, to be specific.)

But now the good people of Pender County will have to decide between the First Amendment ("Congress shall make no law respecting an establishment of religion, or prohibiting the free exercise thereof....") and the First Commandment ("Thou shalt have no other gods before me ... for I the Lord thy God am a jealous God.")

Still, a reasonable accommodation can surely be worked out. Maybe a section of Burgaw's downtown can be reserved for speakers and preachers of any and all persuasions. A place where they are free to exhort to their heart's content and conscience's demands. Something like the Speakers' Corner in London's Hyde Park. And the rest of us are allowed to go on about our own business.

Part of the genius of American politics (and religion) is its ability to accommodate, respect and generally tolerate each other as we balance our conflicting principles. Which requires all of us to change from time to time. To quote John Henry Newman, the Roman Catholic cardinal and saint who changed beliefs regularly: "To live is to change, and to be perfect is to have changed often."

Yet we all know, even if the Supreme Court of the United States doesn't, that some things do not change. Which is why the court can hand down another of its strange and in the end futile decisions telling Americans of conscience to ignore theirs. Whether the court is ordering the Little Sisters of the Poor to go along with abortion even to a limited extent or, in its latest act of hubris (Obergefell v. Hodges), telling Americans from florists to bakers they must participate in celebrating homosexual marriage, which is now the Law of the Land.

Yes, there are still powers and principalities -- including high courts -- who think their doctrines superior to mere religious convictions. Just as there will always be believers who take their stand with Paul in Romans: "For I am persuaded, that neither death, nor life, nor angels, nor principalities, nor powers, nor things present, nor things to come, nor height, nor depth, nor any other creature, shall be able to separate us from the love of God, which is in Christ Jesus our Lord." And, in the words of the old civil-rights anthem, will not be moved. For they are prepared to render unto Caesar only what is Caesar's.

Resistance is futile, these Christians are told, for they're fighting the inevitable wave of the future: a secularized society that no longer has a place for religion. Let alone for eccentrics like Hazel Motes.

But how many times has the wave of the future turned out to be only the wave of the past? Call them the new Jews, these evangelicals who refuse to change their ways despite all the odds, even though they're told they should have disappeared long ago. Like us. Both the Romans and Romanovs have disappeared, yet somehow this stubborn remnant people has outlasted both tsar and commissar -- a "living fossil," Toynbee called us.

Not that it's our doing, you understand, despite all the sophisticated but in the end unconvincing reasons -- cultural, economic, political -- that sociologists have found to explain our continued existence. It's enough to make one believe in fate or predestination or whatever you choose to call Providence and its strange workings. "How odd of God," to quote that eminent theologian Dorothy Parker, "to choose the Jews."

It all makes little rational sense but there 'tis. And here we still are. Because, despite all the scientific arguments against faith and for the inevitable triumph of secular civilization, one day a Hazel Motes comes shambling out of the shadows to voice his peculiar convictions.

Or maybe another itinerant preacher from up in the hills will appear and proclaim his own strange gospel -- something about God made man -- and offering Himself as a sacrificial lamb for our many sins. He will unveil a vision of a new heaven and a new earth. And the whole world will be changed. We'll worship Him because man is the creature who worships -- Homo adorans -- and our nature will not be denied. Amen.