A Scene of Place 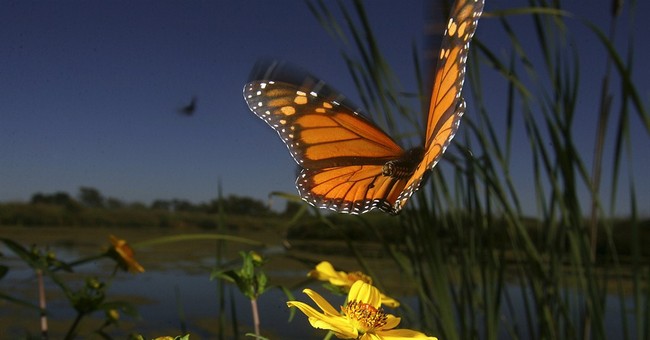 Trending
The other day one of those visiting hot-shots from out of town, aka expert consultants, was explaining what a wonderful addition our new Technology Park downtown was going to be. Oh, and by the way, to make way for it, an old building would have to be torn down. It had been neglected for years anyway, so who would miss that old eyesore anyway? Because the tech park would create a new "sense of place." The phrase stuck in the mind, like a sharp arrow.

Can a sense of place really be created new -- from scratch? Sure thing. Just turn a slick design is turned into steel and concrete, then served with a side order of chrome and neon glitz -- and maybe and an ornamental bush here and there. Maybe the whole concoction could be covered by a false facade to hide the obliteration of a piece of local history and the local heritage. Naturally it would be billed as having a sense of place, even while it destroyed one.

The very phrase "sense of place" is freighted with literary and social connotations that run counter to new additions to the natural or historic landscape -- or new subtractions from it. Because a sense of place almost requires the passage of time. Without that hard-to-define but immediately recognizable quality, any substitute for it, even if called by the same name, will lack what is meant by a Sense of Place.

That phrase was once well understood in the South, where any need to define it would have been considered superfluous. It's a phrase that needs no explaining to artists and poets; they just feel it. So do the sensitive of any professional calling or none. It's a human sensation, not just another item in the Restoration Hardware catalog.
CARTOONS | AF Branco
View Cartoon

The places that inspire such a sense tend to be rooted in either history or nature, or even the spirit. ("This place was holy and I, I knew it not." -- Genesis, 28:16.) Sometimes that realization comes with a rush, like a shock of recognition, but it can also grow slowly over time. Love and memory take many forms, forms that can't just be picked out of a commercial inventory and ordered by mail -- or from a selection of house plans in an architect's collection. Or a filing cabinet full of urban designs in some city planner's office. Sites that are hallowed by time inspire the human mind, even soul, whether they are great old cathedrals in a European capital or little country cottages in the Cotswolds. Some may even have an aura about them -- think Stonehenge.

What is meant by the built environment covers a lot of territory, some of it sublime, much of it dreadful. It is more than a geographical designation, a sense of place. It has to do with identity, with roots sunk deep -- not just in the land and language, but in the look and feel, and maybe death, of a place. Faulkner may have said it best, as usual, when he said he realized early on that he could write for a lifetime and never exhaust all the possibilities of his "little postage stamp of native soil."

Others may be deaf to the music of their place. They can go from one coast to the other and remain unchanged, not ever having acquired a sense of place to change. They honestly believe they can think the same thoughts and feel the same feelings having a cheeseburger at an old diner in Pine Bluff, Ark., as they do settling in on the 5:48 out of Grand Central to Greenwich. These urbane types mystify those of us whose sense of place is obdurate, understood, so natural by now that there is no need to mention it. Indeed, to dwell on it would be a kind of bad taste, like spelling out the obvious.

All of us also understand, or should understand, what the absence of a sense of place means, the feeling Gertrude Stein captured when she said of some nondescript locale, "There's no there there." And was immediately understood.

Walker Percy called such emptinesses, no matter how full of the new and synthetic, no places. Think shopping malls, strip developments, Planned Communities, gas stations, convenience stores, fast-food franchises ... all the modern detritus of urban life that defies any sense of human attachment, as if they were only architect's drawings come to non-life with their stick figures instead of real, live human beings, each with our own histories and tastes and eccentricities.

Such placeless places are more than dispiriting; they can be frightening. As if they just went on and aimlessly on. Without a past and therefore no future, with no destination but just more and more of the same blankness. An empty vista out of one of Alfred Hitchcock's thrillers -- one that requires no background music to be scary, just a sense of empty yet ominous space. Like one of those little towns out in West Texas that you only pass through on the interstate, and see not a soul stirring. Because such places seem soulless.

You can tell when urban designers fall into the trap of designing no-places when the first thing they do is level the old, and the second is to give it a slick name. A name that's supposed to signify something attractive, like Creativity Corridor, but that comes to mean its opposite. (Is there any word more abused in the modern non-language than Creative, as in Creative Writing?)

It's a warning sign when, as in Little Rock, our urban planners begin their great project by cutting down all the old trees on the oldest block in town when nobody's looking. Or leveling an old neoclassical bank building with roots that go back almost a century deep in local history. "They create a devastation," as Tacitus said of the Roman legions, "and call it peace." Today, surely, it would be called Creativity.

If that's progress, what would be regress? If that's beauty, what would a blank nothingness be? If physicians bury their mistakes, urban planners may try to cover theirs with some facile facade that fools no one. For if the connection between human experience and urban design, nature's ways and man's, is broken, so is the spirit of the whole enterprise. The result may be only a shiny, instant ruin. The country is full of them and, alas, getting fuller.

How "create" a sense of place? The answer is you don't. You may enhance that sense, bring it out, even hallow it, but a sense of place can no more be created than time itself. A sense of place may be acquired or inherited, cultivated or instinctive, the way childhood memories or family histories are, but it can't just be produced like ... a new and nondescript tech park without definition or feeling. Not unless that park is an extension of its historical or cultural background -- the way Fay Jones' architecture is here in Arkansas. Without such a connection, a design runs the risk -- it almost assures it -- of being no place at all.