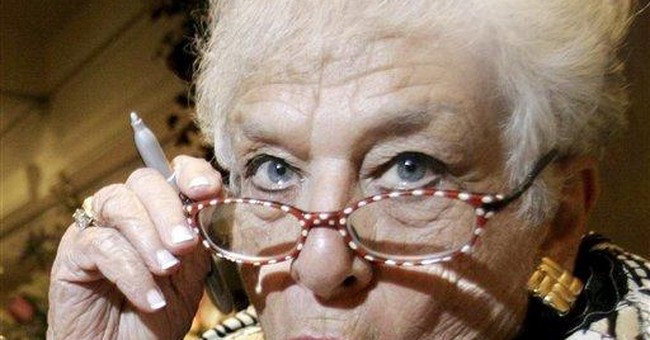 Man cannot bear too much uncertainty. We like our problems spelled out as clearly as possible, the choices before us arranged neatly, maybe with little boxes beside each to check "For and Against," for nothing seems to frustrate us like being handed an indeterminate sentence and told to persevere. As patience runs out, making a bad decision may come to seem better than making none at all. At least it would end the suspense.

The messiness of the real world, its general unpredictability and refusal to conform to some neat picture in our mind ... that's hard to live with. Especially indefinitely. Ours is an organizing, categorizing, theorizing species, and when reality doesn't fit our conceptions, so much the worse for reality. Better a false analysis than no analysis at all.

Maybe that's why people feel a need to Think Things Through, sort everything out, get a yellow pad and list the choices in neat columns on each side of the page. So we can compare and contrast. Sell the house and move to an apartment? Get married or agree to a divorce? Take that job in Dallas? Vacation on the beach or in the mountains? We want things clarified, dammit! Then, we tell ourselves, we'll know just where we are and just what to do about it. If we could just spell out our problems, the answers to them would become evident. Or so we tell ourselves. It's a kind of comfort.

Maybe that explains why I regularly receive letters, emails, even pamphlets and manifestos, from the kind of earnest thinkers and good citizens who have thought deeply about current events, at least to their own satisfaction, and -- Eureka! -- come up with the solution to the pressing issue of the day. Sometimes it's a grand plan painted in the broadest generalities -- no need to go into detail -- and at other times it's as compact as a PowerPoint presentation. Neatness Counts.

My studious correspondents have it all figured out. Theirs is a commendable undertaking in its way -- conscientious, public-spirited, a product of deep thought. Yes, they may betray a certain pride of authorship in the result, but they seek no thanks except the quiet satisfaction of civic duty done. It speaks well of them, really, for they've acted like Concerned Citizens out only to promote the general welfare.

You can tell that whatever the subject they've addressed has been on their minds for some time, and they've given considerable thought to it. The more complex the challenge, the better -- whether it's homosexual marriage, church-state relations, foreign policy ... or something else they've chosen from the world's vast storehouse of quandaries to untangle. And they've come up with just the right approach to it. A solution that shows originality, imagination, diligence, and certainly enthusiasm. Even insight on occasion.

My correspondents' styles may differ, but all seem to share a common certainty, bless their hearts. Or as H.L. Mencken once observed, "There is always a well-known solution to every human problem -- neat, plausible and wrong."

The one approach to any complex challenge that my valued correspondents never seem to recommend is to learn to live with it -- and take small, prudent, cautious and tentative steps to ameliorate it as best we can -- rather than launch some Great Leap Forward. (Wasn't that the name given to one of Mao Zedong's vast revolutionary programs in a whole disastrous succession of them, somewhere between the Cult of Personality and the Cultural Revolution? None of them changed human nature in the slightest, but some of them did manage to do away with millions of humans.)

The thought that the only kind of change that lasts is the kind made slowly, thoughtfully and gradually may elude our Great Thinkers -- for even when they counsel patience, they demand it right now! Faith, hope and charity take too much time.

The solitary thinkers who write me are fond of exhortations that begin, "We must..." Fill in the blank with your favorite proposal. As in we must do such-and-such, preferably immediately, or the world will come crashing down around our heads. And the Crisis of the Day, whether war or poverty, famine or obesity, too much government or too little, Climate Change or Climate Skeptics, will be the end of us all. Unless we follow my faithful correspondents' directions to Utopia, and why not? They've already done the hard part -- figuring out what's wrong and how to correct it. The only thing the rest of us have to do is whatever they say.

As for taking small steps and seeing how each works out before deciding on the next ... why bother? Which may explain why our leaders veer from course to course, abandoning one with the same zeal they will soon enough adopt its opposite when it proves but a delusion, and the inevitable cracks in their grand vision appear. That's when they prescribe another 180-degree course correction. Again and again. No wonder they wind up going around in circles.

There is a talmudic saying that offers both assurance and impetus at such moments, but most of all a guide to the perplexed in these confusing circumstances: "You need not finish the work, but neither may you desist from it."

A skeptical view of grand plans, stirring slogans (Power to the People! Hope and Change! Throw the Rascals Out!), and shining visions in general doesn't mean we need no vision at all. For where there is no vision, as the prophet warned, the people perish. But to pursue that vision incrementally, judiciously, deliberately and decisively seems quite beyond my correspondents' powers. Or imagination. Or patience.

Make haste slowly? Trial and error? Look before you leap? All those elements of statesmanship, so much easier to prescribe than to define or apply, tend to be left out of their calculations. Man cannot bear too much uncertainty.