The Great Bobwhite Question, Or: In Defense Of The American Vernacular 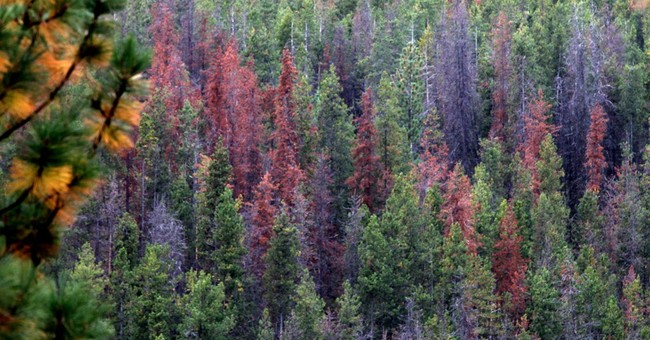 What's happening to all the bobwhite quail Arkansas used to have? It's a question that has stumped many a sportsman, bird-watcher and environmentalist in the Natural State, not to mention a mere newspaper columnist like me. But the other day I was informed I've been using the wrong term for the bird. And that the bobwhite quail, contrary to my innocent editorial assumption and the common Arkansas vernacular, is not a bobwhite quail at all.

Yes, the bobwhite quail may look like a quail, sound like a quail, even be a quail, but it is not a bobwhite quail because there is no such thing. And I now have the testimony of a Certified Wildlife Biologist to prove it -- in writing and complete with signature, officious tone and bureaucratic exactitude.

To quote Mr. Jerry W. Davis, C.W.B., of Hot Springs, Arkansas, in a letter to the editor we ran the other day, referring to a bobwhite quail as a bobwhite quail is not only incorrect but "detracts from the responsibility to educate the public by providing correct information."

That's telling us. Mr. Davis' letter to the editor was the kind that makes a fella want to stand up and cheer, like a hard right-to-the-body in a heavyweight title bout at Madison Square Garden, one of those that used to be covered round-by-round by the legendary Bill Corum (color commentary) and Don Dunphy (blow-by-blow) in radio's golden age. A Knock-Out Punch! I can still hear the crowd noises, resounding all the way from my long-ago boyhood, which was largely spent glued to the old Zenith in the breakfast room. (Exciting as the Friday night fights may have been as seen from ringside, they were a lot better on radio.)

This is scarcely the first time I've been accused, and thoroughly convicted, of linguistic malpractice. Years ago, I made the common mistake of referring to those little pin oak leaves that fall by the bushel in, appropriately enough, the fall, as, yes, pin oak leaves. You know the ones if you're from around here. They get into every corner, cranny and crack of your house, or even person. They may look like, behave like, and generally proliferate like pin oak leaves, but they're really something else, as I was promptly informed by a tree-ologist of some certified sort. Just what they really are, we've now forgotten, but those pin oak leaves are definitely not pin oak leaves, and we were duly rebuked.

It was a rebuke we still hold dear. Like finding out, thanks to some scholar of English literature, that the shorter Pepys was actually written by the longer Pepys. Or having a classicist reveal that the epic sagas of Homer weren't written by Homer at all but by another blind Greek of the same name. Gentle Reader can only imagine my chagrin. What next? Are the winged scavengers we in our rustic innocence here in Arkansas call buzzards really vultures?

Something must be done about the plethora of common errors that now mark the decline of Western civilization. Happily, there is no shortage of certified experts, with or without degrees, to correct the uninformed and irresponsible rest of us, much like the dear lady at every bridge game who corrects everybody else's pronunciation. Or the discreet censors who publish those politically correct, New and Improved versions of "Huckleberry Finn."

Somewhere in her thoroughly Southern, and thoroughly colloquial, letters to friends, which now stand as works of art themselves, Flannery O'Connor mentions a young matron of her acquaintance who reads Uncle Remus stories to her small children but is careful to correct the grammar.

Miss O'Connor conveys that revealing piece of intelligence with no comment. And no comment is necessary. It would only spoil the beauty of the thing. Any comment on her part would not only have been superfluous but a kind of desecration. To offer a comment in those circumstances would have been like my daring to edit the letter to the editor from Mr. Jerry W. Davis, C.W.B. It's just perfect the way it is.

Once again I feel wholly inadequate to the task at hand. It would take a James Thurber to treat my trespass with the solemnity it deserves. Nor am I the only one who has fallen into this grave error of calling bobwhite quail bobwhite quail. The whole state is full of such irresponsibles, just as the Arkansas woods used to teem with, forgive me, bobwhite quail.

When and if I ever reform -- would Never be soon enough? -- I might be able to pass as one of those newspapers whose language is so indistinctive it could be published anywhere in the country. Los Angeles, California, say, or New York, New York, it makes no difference, for if the name of the city didn't appear in the newspaper's masthead, the reader might not have a clue as to the paper's provenance, so devoid of the local patois might its pallid prose be.

It's happening all over the country -- and it's a big country with a big variety of vernaculars, from Texican to Cajun to Phil'ian to Brooklynese and so fascinatingly on, including Arkansawan. I'd hate to lose a single one of them, just as I'd hate to lose the distinctive upspeak of the bob-WHITE! bob-WHITE!

But perhaps one day a combination of speech therapists and certified wildlife biologists will be assigned to correct its chirp, too, just as enlightened social reformers were once dispatched throughout the South to "correct" the black dialect, now known as African-American Vernacular English, or AAVE. What a loss that would be, and not just for black folks.

Allow me to propose a reasonable compromise: Our certified wildlife biologist would remain free to call the bobwhite quail anything he likes -- it's his right under the First Amendment -- and with his kind permission (or even without) I'll continue to use the common terms and common language of this small, wonderfully colorful state. A deal?