The quiet man speaks up 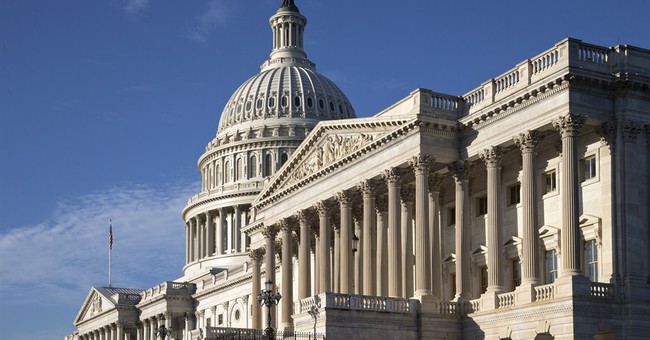 It was unheard of. Mainly because it hadn't been heard before: the sound of John Boozman shouting. The junior senator from Arkansas must be the most soft-spoken member of the U.S. Senate. A big man with a tender manner, a teddy bear inside a grizzly, he was reported to have shouted in the course of last week's Republican caucus in that chamber. At least that was the astounding word from Politico, an inside-politics publication that might best be described as a not always reliable source. Some of us would like to have heard the sound of John Boozman shouting. Just before spotting a legendary ivory-billed woodpecker, aka the Lord God bird, somewhere on an Arkansas bayou. Just once.

Talk about rare sightings/soundings, John Boozman's raising his basso profondo voice would be one for the books. Because the junior senator must be a senior member of the Quiet Man's Club, an exclusive breed in the U.S. Senate and maybe among politicians in general, who are scarcely known for their reticence.

Just last week, one leather-lunged pol and senator (Ted Cruz, who's from Texas, of course) went on speaking for 21 hours, 19 minutes on the Senate floor without a break -- for himself or the country. Which put his performance just behind Wayne Morse's talkathon against the tidelands oil bill back in 1953 (22 hours, 26 minutes) but ahead of Huey Long's logorrheic seizure in 1935. Ol' Huey went on for 15 hours, 30 minutes of high popalorum and low popahirum directed against the Industrial Recovery Act of that year, and it fully deserved his every condemnatory word. As a unanimous Supreme Court would agree. If only Obamacare, a more recent monstrosity, had met the same fate.

We cannot vouch for the recipes for fried oysters and pot likker the Kingfish included in his filibuster, his version of Ted Cruz's discourse on "Green Eggs and Ham" -- one of my own favorite works of literature.

No doubt about it, as a group our Senator Phoghorns can be counted on to orate at length, and at an impressive decibel level. They always seem to be tooting horns, usually their own. Which makes John Boozman a rarity in that high-volume circle. It would have been a novel experience to gain admittance to the Republican caucus in the Senate last week and catch the rare sight, or rather rare sound, of John Nichols Boozman raising his voice.

Not that the senator himself would confess to shouting. He called what had gone on in the caucus a "frank discussion" within the Republican family. Which, like so many, might best be described at this point as dysfunctional.

Sen. Boozman hastened to deny any discourtesy to a fellow Republican. Which was just like him. "The loudness was not loud compared to regular standards," he explained. "It was loud for me. I certainly was not yelling at anybody or anything like that." The loudness of the loudness may be in dispute, but if it did break John the Quiet's usual sound barrier, he could plead the inanity of Ted Cruz's filibuster in mitigation, justification and provocation. Because if there's anything more maddening than Obamacare, which seems to develop a new hitch, glitch and switch every day, it has to be the sheer volume of words directed against it by Ted Cruz and his Cruzaders. (And, no, that is not a rock group.)

The one thing these Republican zanies have accomplished is to take the attention off Obamacare's glaring defects and injustices, and direct public ire at the Republican Party instead, which is now popularly depicted as the most destructive attempt to bring the government of the United States to a standstill since the Confederate States of America.

Whatever the GOP chooses to do about the embarrassment and diversion that is Ted Cruz and Co., the Democrats should give the man a medal. For he has changed the focus of the debate from how bad Obamacare is to how irresponsible Republicans are. Even though any number of level-headed Republican leaders have tried to save their party from its zealots. That list now includes Florida's Jeb Bush, New Jersey's Chris Christie and Wisconsin's Scott Walker -- all presidential possibilities if the Grand Old Party can hold on to its sanity. Not to mention Louisiana's Bobby Jindal and Michigan's Rick Snyder.

Why, even Kentucky's Rand Paul, who goes in for 12-hour filibusters himself, has expressed doubts about the wisdom of shutting down the federal government, a goal that rapidly replaces shutting down Obamacare for Republican crazies. Now add John Boozman to the list of sane Republican voices in danger of being drowned out by the Cruzaders.

Have you noticed? Obamacare is collapsing under its own bureaucratic weight. The wonder-working panacea for all our health-care problems is proving the Hadacol of socio-economic remedies. Remember how Obamacare was going to bring health-insurance premiums down? They're going up. Remember how, if you're happy with the health-insurance plan your company provides, you won't have to change a thing? But company after company is canceling its own health insurance plan and leaving the brow-wrinkling details to the federal government -- and to all those folks now left in the lurch. The layoffs, or at least shorter hours, have begun for employees all across the country.

At this point, everybody seems so concerned about just keeping the government of the United States in operation that those senators whose decisive votes made Obamacare the law of the land are all but forgotten. Ted Cruz is getting the headlines, not John Boozman's colleague from Arkansas, Mark Pryor, whose decisive vote made Obamacare the law (and confusion) of the land.

Feel free to raise your voice even higher, Sen. Boozman. More folks in your party need to hear you.