Predictions of Things Not to Come 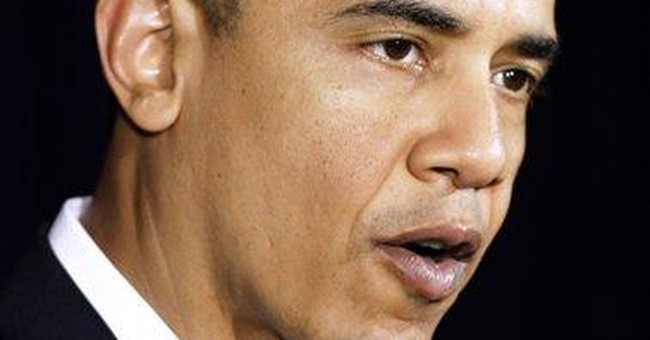 It's normally the most news-fallow week of the year, the one between Christmas and New Year's. Consider it the best of Christmas gifts. Along with Congress' not being in session. No doubt its members are enjoying their time away, but surely not as much as the country is.

Everybody can use a break this time of year, but there's only so much cheer a body can take. And this week -- call it National Bicarbonate of Soda Week -- gives us all a chance to pause between festivities and regroup. Silence and solitude are seldom so welcome, or refreshing. As a friend said on looking over all the upcoming events on her calendar: "There's too much going on." Her comment comes back every time I pick up the morning paper.

This week's news vacuum tends to be filled by commentators who may have nothing much to say but still have a deadline to meet. I understand. That blank computer screen can stare you down like a cobra. I'm old enough to remember when it was a blank sheet of typewriter paper. Technology changes; slow news weeks don't. Like show business, commentary must go on, even when there's little news to comment on.

Most weeks are hectic, filled to overflowing with the latest vanity-of-vanities that demands attention for all of 30 seconds. If that long. But with nothing much happening, what's a subject-starved commentator to do?

Why, turn out a year-end, of course, looking back over 2009. There's a riskier and therefore more engaging approach to take at year's end: Make a few predictions about the year to come, confident that by next December 31st, no one will remember the ones that didn't pan out. As for the ones that prove prescient, the commentator can relied on to remind us. (Those of us in the columnizing trade have never been overly burdened by a sense of modesty.)

Drew Pearson, who was even better known than Glenn Beck in his Trumanesque times, used to end his radio program by making his Predictions of Things to Come! ("79 percent accurate!" Or was it 84 percent? Memory grows furtive. Whatever it was, the factoid was impressive to adolescent minds of all ages.) I can't remember a single one of Swami Pearson's predictions now, but, always ahead of the game, he had written a column even before the results of the presidential election of 1948 were in. It was about who would be in Thomas E. Dewey's cabinet.

I'd gladly join the Predictions for 2010 crowd if not for the sad fate of so many Predictions for 2009. Foreign Policy magazine, which is no slouch at pretentious prose itself, was unkind enough to dig up some of last year's duds. Among my favorites:

--"I do know this. At the end of this first year of Congress, there will be an energy bill on the president's desk." --Rahm Emanuel, April 19, 2009. That confident assertion may be only one of the many things Rahm Emanuel doesn't know. He's got a million of 'em.

--"Declaring that his work is done, Federal Reserve Chairman Ben Bernanke will announce he'll leave the Fed upon the expiration of his four-year term as chairman on Jan. 31, 2010. While mostly not his fault, the recession has hurt his standing with the Obama Administration. ... He'll be succeeded by Lawrence Summers, former treasury secretary under the Clinton Administration." --BusinessWeek, January 2, 2009.

Praising the chairman's "calm and wisdom," Barack Obama announced in August that he was re-appointing Mr. Bernanke as head of the Fed. Maybe the president doesn't read BusinessWeek.

--"The economy went into freefall and is still falling and we don't know where the bottom will be until we get there and there's no sign that we are anywhere near a bottom." --George Soros, February 20, 2009.

Only a month later, Soros the Great declared that the "the collapse of the financial system" had been averted and the economy was recovering. This is what happens when a classic economic panic is mistaken for a return of the Great Depression, a common enough error last year.

With such examples to follow, I think I'll just stick to observing, in the most stirring tones, like Thomas E. Dewey in 1948, that the future lies before us! You can quote me on that.