The Villains of Health Care 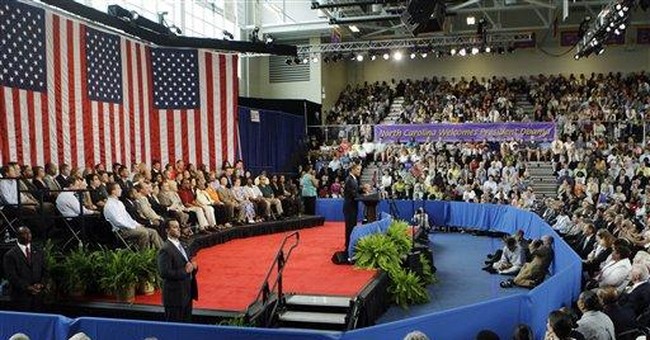 If the Republicans in Washington are smart, and I'm not saying they are, they'd do well to get out of Nancy Pelosi's way. She may be just about the best politician the GOP has these days. Every time Madam Speaker goes on camera, you can almost hear Democrats' approval ratings drop.

"It's almost immoral what (insurance companies) are doing. Of course they've been immoral all along in how they have treated the people they insure. They are the villains. They have been part of the problem in a major way. They are doing everything in their power to stop a public option from happening."

Outrageous, isn't it? These companies object to being put out of business, which is what offering folks lower-cost government insurance (the "public option") at public expense would surely do. How dare insurance companies want to go on insuring folks! Why can't they agree to just to roll over and die?

Wait a minute. Our president, who knows how to make a promise, as the election returns last year demonstrated, said that if we're happy with our present health-care coverage -- and the polls indicate that a vast majority of us are -- then we can keep it. As the president says, "Period."

But that period comes with a little asterisk attached, doesn't it, Mr. President? Followed by 1,000 pages or so of small type not many of us have seen, let alone read.

Buried somewhere in there, like a big-jawed alligator barely visible under the surface of a stagnant pond, is a plan to organize public insurance pools for families with incomes up to four times the poverty level. For instance, a family of four making up to $44,000 a year.

Folks with the same income who are insured through their workplace wouldn't get near the same subsidy or tax break. Naturally they would start drifting over to the government-organized pools, or "exchanges." Which would drive the cost of the subsidies to the taxpayers way up -- far higher than what the president has told us his plan would cost. This is, after all, a federal program. It will grow.

Then there is the speaker's "public option," or government health insurance. It would soon enough begin to absorb those who have entered the new insurance pools. As more and more people opted out of private for public insurance, the number of people with private policies would shrink.

Can you see a trend here? In place of a private insurance market, there would begin to develop a highly centralized, government-administered, distant system of health care. With decisions made by bureaucrats, "experts," paper pushers. Start thinking of your doctor as either a public employee or someone who'll have to report to one.

Here's what some of us are looking for in a health-insurance plan: Will it allow us to choose our own doctor and our own insurance policy? Will it let those who provide our health care order the tests and treatments they consider necessary, or will it hamper them?

Do we get to consult our own physician or is our fate in the hands of Doctor Obama with his glib talk of red pills and blue pills, and how there's really no difference between them except in cost? Oh, and our president is an expert on tonsillectomies, too, and how many should be done. (When he talks medicine, he's almost as convincing as some doctors I know talking oh-so-expertly about politics.)

Another question: Will this country's great big new health-care system get all those lawyers off our doctor's back, and just let the country's physicians practice medicine? Instead of having to practice it defensively? Is there anything in this developing thousand-page mass of rules and regs that will lower the medical malpractice premiums that keep driving up the cost of health-care?

Will this bill give individuals the same tax breaks on their health insurance as businesses are now allowed? Will it let us take our insurance with us when we switch jobs or lose one? Will it encourage good health? By, say, giving discounts to those of us who don't smoke?

Meeting all these requirements would do -- for a start.

Surely no one would argue that the current (non)system of American health care is perfect. Far from it. But there is no imperfect system that, with just the right mix of government mandates and complicated reform, can't be made perfectly awful. See Britain's national health scheme.

Just remember what a good job Congress did at giving the country affordable housing through Fannie Mae and Freddie Mac and their sub-prime loans, which brought on one heck of a sub-prime economy. And now Congress is going to make health care affordable, too. Lord help us.

Isn't it amazing, considering how sorry insurance companies are, that most of us are satisfied with the coverage we've got now?

Americans want answers, and instead we get melodrama. We get a speaker of the House calling insurance companies "villains."

Until we get some clear answers about the administration's national health insurance scheme, we're not about to let anybody pry that insurance policy out of our hands. Especially Nancy Pelosi.

But if Madam Speaker will just keep on harping, there'll be little danger of that. She's got to be the most distrusted politician in the country. And the competition for that dubious distinction is something fierce.