The Tiger in You 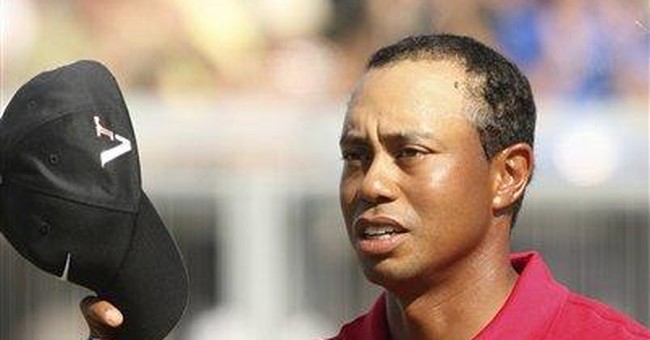 Prior to this recent series of revelations, there wasn’t a man on the planet who in some sense didn’t want to be Tiger Woods. Tiger is good looking. He’s physically fit. He’s a world-class athlete. He has a beautiful wife and two beautiful kids. He’s rich beyond anyone’s wildest imagination. He had a father who loved him—not just in words, but in action, pouring himself into his son, building a love that survives to this day, in many ways making Tiger the man he became.

Try as we may, there aren’t too many men who can lay claim to all of these elements of success at once. Tiger has it all, and it wasn’t just handed to him. He came by his success through hard work and discipline. He earned it.

In recent weeks, however, Tiger’s personal life has become the stuff of tabloid journalism. While details remain unclear, it appears his beautiful wife may have used one of Tiger’s own golf clubs to knock him senseless when she discovered he only had eyes for—at last count—nine other women.

Tiger Woods isn’t as bad as he could be. But neither is he the role model he appeared to be. He’s not a thief or a murderer. He isn’t an abuser. Tiger is simply a serial adulterer. He enjoys being in the company of a variety of women. Tiger has just this one quirk, one besetting sin, one shortcoming, yet that quirk was the trip wire over which his entire world has come crashing down.

There isn’t a man on the planet who in this sense isn’t Tiger Woods. There isn’t anything in Tiger that isn’t in you. None of us are as bad as we could be, but the propensity for lust, lying, anger, and unfaithfulness are all there—hidden in a heart that is deceitful above all things and desperately wicked. There isn’t any one of us who is not capable, like Tiger, of saying, “It’s only this one time. No harm.”

A moral code can keep the tiger in you in check for a time. The fear of getting caught is a restraint that keeps most men within the boundaries of their marriage. I’m sure it was that way for Tiger Woods. We have admired him as a man of disciplined perfection. But that discipline, that self-denial, which was so characteristically on display in Tiger’s athletic prowess, failed him with immeasurable consequences in his personal life. When push came to shove, Tiger had a great fall. Discipline, apparently, isn’t enough.

Neither is the power of the law and the fear of getting caught enough to restrain the depravity of the human heart, and yet that’s all most of us are counting on to keep us on the straight and narrow. No man, no matter how disciplined, has what it takes to keep himself from falling. Every man has an untamed tiger within, waiting to pounce at the first sign of weakness.

The moral of Tiger’s tale? If you’re looking for perfection, you won’t find it within yourself. Discipline and restraint are in themselves never enough to produce perfection, because all that is in us is depravity. Failure is inevitable. But failure is never final.

There is hope for overcoming failure. But it isn’t in you. And it obviously isn’t in Tiger. It’s in a Lion: Jesus Christ—the Lion of the Tribe of Judah, introduced to us in the inspired writings of the Bible, whose birth we celebrate this month. This Lion has prevailed over our untamable propensity for sin and failure. He has triumphed over every enemy poised against us for our personal destruction. He did it by taking on himself the likeness of our weak, vulnerable and sinful flesh in his incarnation in Bethlehem, living a life of perfect obedience to the demands of the law, becoming obedient to the point of death, thus procuring the perfection that all of us long for and which God demands.