Callous CALAS Activists Against the Poor

Paul Driessen
|
Posted: Aug 26, 2017 12:01 AM
Share   Tweet
The opinions expressed by columnists are their own and do not necessarily represent the views of Townhall.com. 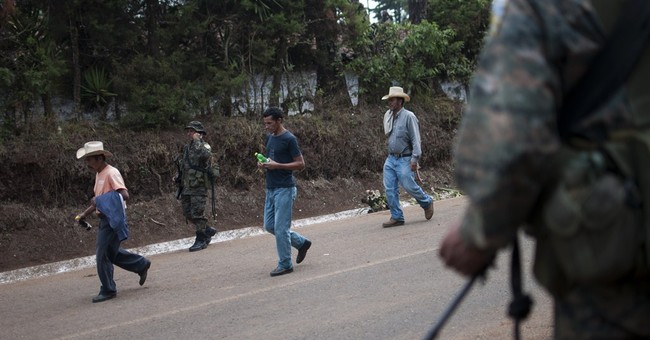 Not long ago, supposed “environmental justice” concerns at least involved risks to mine workers and their families. The risks may have been inflated, or ignored for decades, but they were a major focus.

In one case, a state-run mine and smelter had fouled the air, land and water with toxic contaminants in a Peruvian town for 75 years. Environmental groups raised few objections – until a U.S. company bought the properties and began installing modern pollution controls, implementing worker health and safety practices, cleaning up widespread lead dust, and initiating numerous community improvement projects.

Suddenly, anti-mine activists descended on the town. They blamed the company for decades of pollution, claimed corporate officials weren’t acting quickly enough, ignored government foot-dragging on its commitments, pressured banks into cutting off loans to the company, and eventually shut everything down. Thousands of workers were left jobless. The activists and news media celebrated their victory.

Today, mining operations in Guatemala have become ground zero for campaigns in which pollution and human health are largely irrelevant, “indigenous people” are the new politically favored “victims” of multinational mining companies, rigged “consultation processes” have become the tactic du jour, and mine workers are among the new “oppressors,” whose health and living standards are now irrelevant.

Not only do radical “keep it in the ground” protesters pay little attention to where essential raw materials come from, so long as their favorite tech toys magically appear in retail outlets. They almost flaunt their callous disregard for families that had been dirt poor before a modern mine brought jobs and comparative prosperity – and will be destitute again after the outside agitators have shut the mine down and moved on to their next target. A case in point is the Escobal silver mine near San Rafael las Flores, Guatemala.

The mine’s owner and operator, Canada-based Tahoe Resources, has invested more than $1 billion into the mine’s operation and related infrastructures – plus another $10 million upgrading hospitals and schools, planting 32,000 trees, and launching vocational, entrepreneurship, health, nutrition and other programs. More than 1,600 mining jobs and 6,000 indirect jobs brought many millions of dollars in salaries to the region. Locals launched over 100 new businesses. Life was getting better.

Company officials say the mine is designed and operated to meet the highest Guatemalan and Canadian health and environmental standards, and there has been no evidence of air or water pollution during Tahoe’s tenure. Anti-mining activists nonetheless launched campaigns against it as soon as it was licensed.

What will we do if they shut the mine down? locals ask. Without these jobs, we will be poor again. Our businesses will close. Children will have no future. People will have to go to the United States for work.

The agitators’ newest tactic is to enlist indigenous tribes, claim companies failed to consult adequately with the tribes under Guatemala’s community consultation and plebiscite “consultas” process, use ballot initiatives to claim people around the area overwhelmingly oppose the mine – and rage that the local people’s and indigenous groups’ human rights have been violated, in gross miscarriages of justice.

The blatant dishonesty of this process is underscored by the fact that every consultas held between 2011 and 2016 resulted in 93to 100 percent opposition to mining. Indeed, the process was cleverly designed and then hijacked, manipulated and rigged by outside activists and their local allies to foment opposition to mining activity and eliminate mine-dependent jobs, rather than assess true community sentiment.

Banners depicted a sample ballot marked “NO” and proclaim that shutting down mining is “necessary for life.” Ballots were explicitly worded to solicit negative responses. Even worse, many ballots highlighted the “No” vote in yellow, suggesting to voters it was the “correct” answer. The dishonesty is even deeper.

Community meetings held before the vote were little more than disinformation and agitprop sessions, designed to advance the anti-mining sentiments of activists from wealthy nations. Mine owners, foremen, environmental directors, community development coordinators, even workers and their families were not invited or permitted to participate. They could not correct misinformation; ask or respond to questions; explain health, safety and environmental safeguards; discuss economic, employment, living standards and other benefits to the community; or otherwise ensure fair, balanced, complete and open discussions.

Workers and others who wanted to speak out at other times were greeted with threats and intimidation.

The deck was stacked. The well-funded and coordinated agitators behind the consultas had no interest in ensuring that local people were actually consulted and given opportunities to learn the facts. Their goal was and is to block mining projects, regardless of how many jobs would be created, living standards improved, and health, safety and environmental safeguards implemented by mining operators.

Can anyone recall a case where activists ultimately supported a mining project, following consultations or improved mining practices? I did not see it happen in Peru, and it is not happening in Guatemala. The agitators simply change the issues, ramp up their demands and move the goal posts.

The anti-mining agitators do not care whether a consultation process is fair, open and complete; that a mine would be safe and non-polluting; or that it would ensure good jobs and improved schools, hospitals, homes, living standards and opportunities for thousands. They simply do not want mines in any targeted area, anytime or under any conditions.

Their current ploy is to say Tahoe Resources did not consult adequately with Xinca tribal groups that live miles from the mine. The Guatemalan court agreed with the activists – and shut down operations.

If the closure becomes permanent, 7,600 workers would be left jobless and their families destitute. Their growing anger, frustration, hopelessness and sense of betrayal are reaching a boiling point. Several miners recently went on a hunger strike, to protest what the activists and courts have done. Will Guatemalan, Canadian, U.S. and international jurists, legislators, journalists and real human rights advocates pay any attention? Call for social and environmental justice? Time will tell. But don’t hold your breath.

The real power behind the throne has been Oxfam America, joined by a cabal of likeminded American, Canadian and European pressure groups, all of which masquerade as “civil society” and “environmental justice” organizations – and their financial backers. Together, they have poured millions of dollars into the anti-mining, anti-worker campaigns.

From 2009 to 2015, Oxfam pumped over $9 million annually into its Central America/Caribbean programs. The New-York based Moriah Fund contributed nearly $15 million over a ten-year period to these and other international NGOs, while the Fund for Global Human Rights added over $3 million.

Unbelievably, the European Union contributed more than $17 million to Guatemalan pressure groups between 2007 and 2011! And to top it off, the United Nations Voluntary Fund for Victims of Torture is another major sponsor – using U.S. tax-dollar donations to the UN. How the heck did “failure to consult” become “torture” – akin to what the SS, KGB, ISIS and other criminal outfits routinely engaged in?

For callous CALAS and its allied pressure groups and despicable benefactors to violate the human rights of so many Guatemalan working class families is bad enough. Do the courts really have to pile on?