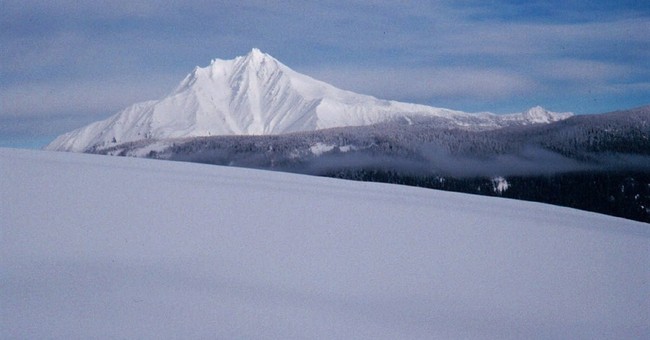 “Social responsibility” activists want universities and pension funds to eliminate fossil fuel companies from their investment portfolios. They plan to spotlight their demands on “Global Divestment Day,” February 13-14. Their agenda is misguided, immoral, lethal … and racist.

A mere 200 years ago, the vast majority of humans were poor, sick and malnourished. Life expectancy in 1810 was less than 40 years, and even royal families lived under sanitation, disease and housing standards inferior to what American welfare families enjoy today. Then a veritable revolution occurred.

The world began to enjoy a bonanza in wealth, technology, living standards and life spans. In just two centuries, average world incomes rose eleven-fold, disease rates plummeted, and life expectancy more than doubled. Unfortunately, not everyone benefitted equally, and even today billions of people still live under conditions little better than what dominated in 1810. Bringing them from squalor, disease and early death to modernity may be our most important economic, technological and moral challenge.

Many factors played vital roles in this phenomenal advancement. However, as Julian Simon, Indur Goklany, Alex Epstein and the authors of this article have documented, driving all this progress were fossil fuels that provided the energy for improvements in industry, transportation, housing, healthcare and environmental quality, and for huge declines in climate-related deaths due to storms, droughts, heat and cold. Modern civilization is undeniably high energy – and 85 percent of the world’s energy today is still coal, oil and natural gas. These fuels support $70 trillion per year in global gross domestic product, to power virtually everything we make, grow, ship, drive, eat and do. The rest of the world deserves nothing less.

Demands that institutions eliminate hydrocarbon stocks, and society stop using fossil fuels, would reverse this progress, jeopardize people’s health and living standards, and prevent billions of still impoverished people worldwide from enjoying the living standards many of us take for granted.

Trains and automobiles would not run. Planes would not fly. Refrigeration, indoor plumbing, safe food and water, central heating and air conditioning, plastics and pharmaceuticals would disappear or become luxuries for wealthy elites. We would swelter in summer and freeze in winter. We’d have electricity only when it’s available, not when we need it – to operate assembly lines, conduct classes and research, perform life-saving surgeries, and use computers, smart phones and social media.

Divesting fossil fuels portfolios is also financially imprudent. Fossil-fuel stocks are among the best for solid, risk-adjusted returns. One analysis found that a 2.1 percent share in fossil fuel companies by colleges and universities generated 5.7 percent of all endowment gains in 2010 to 2011, to fund scholarship, building and other programs. Teacher, police and other public pension funds have experienced similar results.

That may be why such institutions often divest slowly, if at all, over 5-10 years, to maximize their profits. One is reminded of St. Augustine of Hippo’s prayer: “Please let me be chaste and celibate – but not yet.” The “ethical” institutions selling fossil fuel stocks also need to find buyers who are willing to stand up to divestment pressure group insults and harassment. They also need to deal with hard realities.

No “scalable” alternative fuels currently exist to replace fossil fuels. To avoid the economic, social, environmental and human health catastrophes that would follow the elimination of hydrocarbons, we would need affordable, reliable options on a big enough scale to replace the fuels we rely on today. The divestment movement ignores the enormity of current and future global energy needs (met and unmet), and the fact that existing “renewable” technologies cannot possibly meet those requirements.

Fossil fuels produce far more energy per acre than biofuels, notes analyst Howard Hayden. Using biomass – instead of coal or natural gas – to generate electricity for one U.S. city of 700,000 people would require cutting down trees across an area the size of Rhode Island every year. Making corn-based ethanol to replace the gasoline in U.S. vehicles would require planting every single acre of Iowa, Illinois, Indiana, Kansas, Michigan, Minnesota, North and South Dakota and Wisconsin in corn for fuel. Wind and solar currently provide just 3 percent of global energy consumption, the U.S. Energy Information Administration reports; by 2040, as the world’s population continues to grow, hydroelectric, wind, solar, biomass and geothermal energy combined will still represent only 15 percent of the total, the EIA predicts.

Not using fossil fuels is tantamount to not using energy. It is economic suicide and eco-manslaughter.

Over the past three decades, fossil fuels enabled 1.3 billion people to escape debilitating energy poverty – over 830 million thanks to coal alone – and China connected 99 percent of its population to the grid and increased its steel production eight times over, again mostly with coal. However, 1.3 billion people are still desperate for electricity and modern living standards. In India alone, over 300 million people (the population of the entire United States) remain deprived of electricity.

In Sub-Saharan Africa, some 615 million (100 million more than in the USA, Canada and Mexico combined) still lack this life-saving technology, and 730 million (the population of Europe) still cook and heat with wood, charcoal and animal dung. Millions die every year from lung and intestinal diseases, due to breathing smoke from open fires and not having the safe food and water that electricity brings.

Ending this lethal energy deprivation will require abundant, reliable, affordable energy on unprecedented scales, and more than 80 percent of it will have to come from fossil fuels. Coal now provides 40 percent of the world’s electricity, and much more than that in some countries. That is unlikely to change anytime soon.

We cannot even build wind and solar facilities without coal and petroleum: to mine, smelt, manufacture and transport materials for turbines, panels and transmission lines – and to build and operate backup power units that also require vast amounts of land, cement, steel, copper, rare earth metals and other materials.

Coal-fired power plants in China, India and other developing countries do emit large quantities of real pollution: sulfates, nitrous oxides, mercury and soot that can cause respiratory problems and death. However, modern pollution control systems could – and eventually will – eliminate most of that.

Divestment activists try to counter these facts by claiming that climate science is settled and the world faces a manmade global warming cataclysm. On that basis they demand that colleges and universities forego any debate and rush to judgment on hydrocarbon divestment. However, as we have pointed out here and elsewhere, the alleged “97 percent consensus” is a fiction, no manmade climate crisis is looming, and there is abundant evidence of massive “pHraud” in all too much climate chaos “research.”

We therefore ask: What right do divestment activists and climate change alarmists have to deny Earth’s most destitute people access to electricity and motor fuels, jobs and better lives? To tell people everywhere what level of economic development, health and living standards they will be “permitted” to enjoy? To subject people to policies that “safeguard” families from hypothetical, exaggerated, manufactured and illusory climate change risks 50 to 100 years from now – by imposing energy, economic and healthcare deprivation that will perpetuate disease and could kill them tomorrow?

That is not ethical. It is intolerant and totalitarian. It is arrogant, immoral, lethal and racist.

To these activists, we say: “You first. Divest yourselves first. Get fossil fuels out of your lives. All of them. Go live in Sub-Saharan Africa just like the natives for a few months, drinking their parasite-infested water, breathing their polluted air, enduring their disease-ridden flies and mosquitoes – without benefit of modern drugs or malaria preventatives... and walking 20 miles to a clinic when you collapse with fever.

To colleges, universities and pension funds, we say: Demand and ensure open, robust debate on all these issues, before you vote on divestment. Allow no noisy disruption, walk-outs or false claims of consensus. Compel divestment advocates to defend their positions, factually and respectfully. Protect the rights and aspirations of people everywhere to reliable, affordable electricity, better living standards and improved health. And instead of “Global Divestment Day,” host and honor “Hydrocarbon Appreciation Day.”

Biden wants to lessen our reliance on a nuclear deterrent
Hotair
No, Ginsburg Didn’t Want Us To Wait; She Was Disappointed She Couldn’t
Redstate