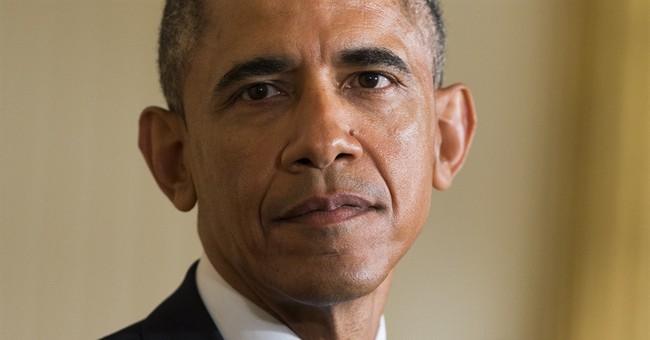 Manmade climate disaster proponents know the Saul Alinksy community agitator playbook by heart. In a fight, almost anything goes. Never admit error; just change your terminology and attack again. Expand your base, by giving potential allies financial and political reasons to join your cause. Pick “enemy” targets, freeze them, personalize them, polarize them and vilify them.

The “crisis” was global cooling, until Earth stopped cooling around 1976. It was global warming, until our planet stopped warming around 1995. The alarmist mantra then became “climate change” or “climate disruption” or “extreme weather.” Always manmade. Since Earth’s climate often fluctuates, and there are always weather extremes, such claims can never be disproven, certainly not to the alarmists’ satisfaction.

Alarmists say modern civilization’s “greenhouse gas” emissions are causing profound climate change – by replacing the powerful, interconnected solar and other natural forces that have driven climate and weather patterns and events since Earth and human history began. They insist that these alleged human-induced changes are already happening and are already disastrous. Pope Francis says we are already witnessing a “great cataclysm” for our planet, people and environment.

However, there is no cataclysm – now or imminent – even as atmospheric carbon dioxide levels have gone well past the alleged 350 parts-per-million “tipping point,” and now hover near 400 ppm (0.04%). There has been no warming since 1995, and recent winters have been among the coldest in centuries in the United Kingdom and continental Europe, despite steadily rising levels of plant-fertilizing CO2.

As of January 12, 2015, it has been 3,365 days (9.2 years!) since a Category 3-5 hurricane hit the US mainland. This is by far the longest such stretch since record-keeping began in 1900, if not since the American Civil War. Sea levels are barely rising, at a mere seven inches per century. Antarctic sea ice is expanding to new records; Arctic ice has also rebounded. Polar bears are thriving. In fact:

Every measure of actual evidence contradicts alarmist claims and computer model predictions. No matter how fast or sophisticated those models are, feeding them false or unproven assumptions about CO2 and manipulated or “homogenized” temperature data still yields garbage output, scenarios and predictions.

That’s why alarmists also intoned the “peak oil” and “resource depletion” mantra – until fracking produced gushers of new supplies. So now they talk about “sustainable development,” which really means “whatever we advocate is sustainable; whatever we despise and oppose is unsustainable.”

USEPA Administrator Gina McCarthy also ignores climate realities. Her agency is battling coal-fired power plants (and will go after methane and gas-fired generators next), to “stop climate change” and “trigger a range of investments” in innovation and a “clean power future.” What she really means is: Smart businesses will support our agenda. If they do, we’ll give them billions in taxpayer and consumer money. If they oppose us, we will crush them. And when we say innovation, we don’t mean fracking.

As to responding to these inconvenient climate realities, or debating them with the thousands of scientists who reject the “dangerous manmade climate change” tautology, she responds: “The time for arguing about climate change has passed. The vast majority of scientists agree that our climate is changing.”

This absurd, dismissive assertion underscores citizen investigative journalist Russell Cook’s findings, in his perceptive and fascinating Merchants of Smear report. The climate catastrophe narrative survives only because there has been virtually no debate over its scientific claims, he explains. The public rarely sees the extensive evidence debunking and destroying climate cataclysm assertions, because alarmists insist that “the science is settled,” refuse to acknowledge or debate anyone who says otherwise, and claim skeptical scientists get paid by oil companies, tainting anything they say.

The fossil-fuel-payoff claim is classic Alinsky: Target and vilify your “enemies.”

“No one has ever offered an iota of evidence” that oil interests paid skeptical researchers to change their science to fit industry views, “despite legions of people repeating the claim,” Cook notes. “Never has so much – the very survival of the global warming issue – depended on so little – a paper-thin accusation from people having hugely troubling credibility issues of their own.” The tactic is intended to marginalize manmade global warming skeptics. But the larger problem is mainstream media malfeasance: reporters never question “climate crisis” dogmas … or allegations that “climate denier” scientists are willing to fabricate studies questioning “settled science” for a few grand in illicit industry money.

Pay no attention to the real-world climate or those guys behind the curtain, we are told. Just worry about climate monsters conjured up by their computer models. “Climate change deniers” are Big Oil lackeys – and you should turn a blind eye to the billions of dollars in government, industry and foundation money paid annually to researchers and modelers who subscribe to manmade climate disruption claims.

In fact, the US government alone spent over $106 billion in taxpayer funds on alarmist climate research between 2003 and 2010. In return, the researchers refuse to let other scientists, IPCC reviewers or FOIA investigators see their raw data, computer codes or CO2-driven algorithms. The modelers and scientists claim the information is private property, even though taxpayers paid for the work and the results are used to justify energy, job and economy-killing policies and regulations. Uncle Sam spends billions more every year on renewable energy programs that raise energy prices, cost jobs and reduce living standards.

None of these recipients wants to derail this money train, by entertaining doubts about the “climate crisis.” Al Gore won’t debate anyone or even address audience questions he hasn’t preapproved.

As to claims of a “97% consensus,” one source is responses from 75 of 77 “climate scientists” who were selected from a 2010 survey that went to 10,257 scientists. Apparently, the analysts didn’t like the “consensus” of the other 10,180 scientists. Another study, by a University of Queensland professor, claimed that 97% of published scientific papers agree that humans caused at least half of the 1.3o F (0.7o C) global warming since 1950; in reality, only 41 of the 11,944 papers cited explicitly said this.

“Skeptical” scientists do not say climate doesn’t change or humans don’t affect Earth’s climate to some (small) degree. However, more than 1,000 climate scientists, 31,000 American scientists and 48% of US meteorologists say there is no evidence that we are causing dangerous warming or climate change.

The phony “solutions” to the imaginary “climate crisis” hurt our children and grandchildren, by driving up energy prices, threatening electricity reliability, thwarting job creation, adversely impacting people’s health and welfare, and subsidizing wind turbines that slaughter birds and bats. They perpetuate poverty, misery, disease and premature death in poor African and Asian countries, by blocking construction of fossil fuel power plants that would bring electricity to 1.3 billion people who still do not have it.

The caterwauling over climate change has nothing to do with real-world warming, cooling, storms or droughts. It has everything to do with an ideologically driven hatred of hydrocarbons, capitalism and economic development, and a callous disdain for middle class workers and impoverished Third World families that “progressive” activists, politicians and bureaucrats always claim to care so much about.

House and Senate committees should use studies cited above as a guide for requiring a robust pollution, health and climate debate. They should compel EPA, climate modelers and scientists to testify under oath, present their evidence and respond to tough questions. Congress should then block any regulations that do not conform to the scientific method and basic standards of honesty, transparency and solid proof.

Paul Driessen is senior policy analyst for the Committee For A Constructive Tomorrow (www.CFACT.org), author of Eco-Imperialism: Green power - Black death and coauthor of Cracking Big Green: To save the world from the Save-the-Earth money machine.