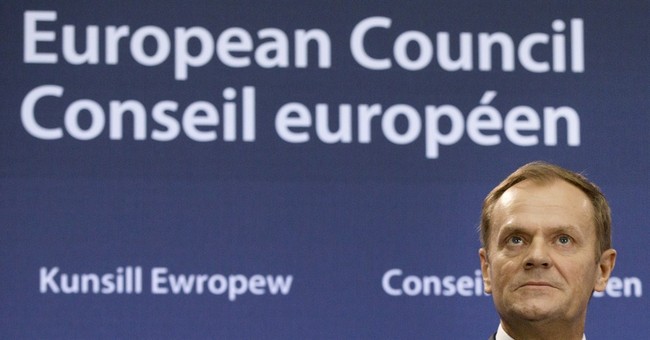 Widening efforts to blame neonicotinoid pesticides for honeybee “colony collapse disorder” and other “beepocalypse” problems have taken a fascinating turn.

Insisting that scientific evidence shows a clear link between neonics and honeybee population declines, EU anti-insecticide campaigners persuaded the European Union to impose a two-year ban on using the chemicals. Farm organizations and the Union’s Environment, Food and Rural Affairs Department unsuccessfully opposed the ban, arguing that evidence for a link is not persuasive, and actual field studies in Canada and elsewhere have found little risk to bees from the pesticides.

Then this year’s canola (rapeseed) crop suffered serious losses of 30-50 percent, due to rampaging flea beetles. Over 44,000 acres (18,000 hectares) were declared a total loss. Euro farmers blamed the ban.

Now it appears that the campaign against these newer, safer pesticides – and the scientific papers that supposedly justify the ban – were all part of a rigged, carefully orchestrated environmentalist strategy.

A recently leaked memorandum, dated June 14, 2010, summarizes a discussion earlier that month among four European scientists who wanted to block neonic use. The memo says the four agreed to find prominent authors who could write scientific papers and coordinate their publication in respected journals, so as to “obtain the necessary policy change to have these pesticides banned.”

“If we are successful in getting these two papers published,” the memo continues, “there will be enormous impact, and a campaign led by WWF etc could be launched right away. It will be much harder for politicians to ignore a research paper and a policy forum paper” in a major scientific journal. Initial papers would demonstrate that neonics adversely affect bees, other insects, birds and other species; they would be written by a carefully selected primary author and a team of scientists from around the world. Additional papers would be posted online to support these documents – and a separate paper would simultaneously call for a ban on the sale and use of neonicotinoids.

(The WWF is the activist group World Wildlife Fund or World Wide Fund for Nature.)

One meeting attendee was Piet Wit, chairman of the ecosystems management commission of the environmentalist organization International Union for Conservation of Nature. Another was Maarten Bijleveld van Lexmond, who became chairman of the IUCN’s Task Force on Systemic Pesticides, which was inaugurated in March 2011, just after the European Union agreed to finance the Task Force to the tune of €431,337 ($540,000). Vouching for the Task Force as an “independent and unbiased” scientific “advisory” group was the same Dr. Maarten Bijleveld, who is also a founding member of the WWF’s Netherlands branch and an executive officer of the IUCN’s environmental committee.

Further underscoring the “independent” nature of these organizations, the EU awarded the IUCN €24,014,125 ($30,000,000) between 2007 and 2013. Moreover, IUCN task force membership is by invitation only – making it easier to implement the Systemic Pesticides Task Force’s stated purpose: to “bring together the scientific evidence needed to underpin action on neonicotinoid pesticides.”

The entire operation is odorously reminiscent of ClimateGate orchestration of alarmist research and banning of studies questioning “dangerous manmade climate change” assertions, and the Environmental Protection Agency’s 1972 DDT ban, regarding which then-EPA Administrator William Ruckelshaus later admitted that he had not attended a single minute of his own task force’s lengthy hearings or read a single page of its findings, which concluded that the insecticide was not dangerous to humans or most wildlife.

The IUCN/WWF campaign also recalls the equally well coordinated effort by Fenton Communications, CBS “60 Minutes” and the Natural Resources Defense Council to ban Alar (a chemical used to keep apples ripening longer on trees), in a way that would channel millions of dollars to the NRDC. It reminds me of former Environmental Defense Fund senior scientist Charles Wurster’s assertion that, “If the environmentalists win on DDT, they will achieve a level of authority they never had before.”

Never mind that the Alar scam sent many family apple orchards into bankruptcy – or that millions of African and Asian parents and children have died from malaria because radical greens have made DDT largely unavailable even for disease control. For them, humanitarian concerns rarely enter the discussion.

As science writer Hank Campbell observes, all these campaigns reflect proven strategies “to manipulate science to achieve a political goal.” They follow the Saul Alinsky/Big Green script summarized by Madeleine Cosman: Select and vilify a target. Devise a “scientific study” that predicts a public health disaster. Release it to the media, before legitimate scientists can analyze and criticize it. Generate emotional headlines and public reactions. Develop a government “solution,” and intimidate legislatures or government regulators to impose it. Coerce manufacturers to stop making and selling the product.

Environmental pressure groups have repeatedly and successfully employed these steps.

In a recent speech, Harvard School of Public Health Professor Chensheng Lu claimed that his “Harvard Study” clearly demonstrated that neonics “are highly likely to be responsible for triggering Colony Collapse Disorder.” However, pesticide expert and professional pest exterminator Rich Kozlovich says the vast majority of scientists who study bees for a living vigorously disagree. They cite multiple problems, including the fact that small bee populations were fed “astronomical” levels of insecticide-laced corn syrup, and the colonies examined for Lu’s paper did not even exhibit CCD symptoms.

President Obama has nevertheless relied heavily on all this pseudo-science, to support his June 2014 memorandum instructing relevant U.S. agencies “to develop a plan for protecting pollinators such as honey bees …in response to mounting concerns about [their] dwindling populations on American crops.” The “serious” problem, Mr. Obama insists, “requires immediate attention.”

He is playing his role in the Big Green script but, as my previous articles have noted (here, here and here), nothing in honest, actual science supports his call for yet another Executive Branch end-run around the Legislative Branch and a proper vetting of what we do know about neonics and honeybee problems.

Derived from a synthetic form of nicotine and often applied to seeds, “neonicotinoids” are incorporated into plants to defend them against pests. This allows growers to be much more targeted in killing crop-threatening insects: only those that actually feed on the plants are affected. This approach (or spraying) also means growers can successfully grow crops with far fewer large-scale insecticide applications, and dramatically reduce reliance on more toxic pesticides that do harm wildlife, including bees. Real-world field studies have shown that bees collecting pollen from plants treated with neonics are not harmed.

Colony Collapse Disorder has shown up from time to time for centuries. A hundred years ago it was called the “disappearing disease.” It now seems to be ebbing, and bee and beehive numbers are climbing.

We need to let real science do its job, and stop jumping to conclusions or short-circuiting the process with politicized papers, anti-neonic campaigns and presidential memorandums. We need answers, not scapegoats. Otherwise, bee mortality problems are likely to spread, go untreated and get even worse, while neonic bans cause widespread crop failures and huge financial losses for farmers.

Paul Driessen is senior policy analyst for the Committee For A Constructive Tomorrow (www.CFACT.org), author of Eco-Imperialism: Green power - Black death and coauthor of Cracking Big Green: To save the world from the save-the-earth money machine.