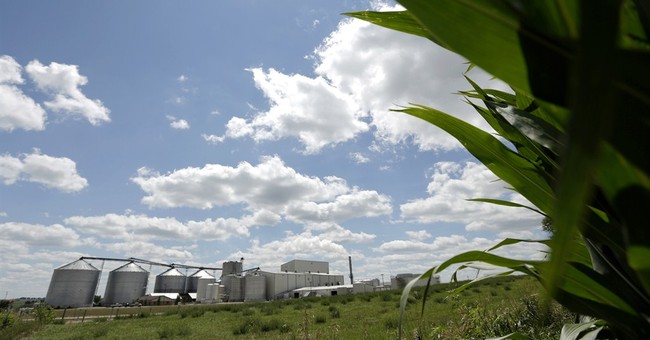 When it comes to energy, climate change, justice and transparency, the Obama Administration and its Environmental Protection Agency want it every possible way. Their only consistency is their double standards and their determination to slash hydrocarbon use, ensure that electricity prices “necessarily skyrocket,” expand federal government command and control, and “fundamentally transform” America.

The president was thus eager to give away Seal Team secrets in bragging about “he” got Osama bin Laden. But in sharp contrast, there has been no transparency on Benghazi, Fast and Furious, the IRS scandal – or the data and analyses that supposedly support Environmental Protection Agency claims that “dangerous manmade climate change” is “not just a future threat; it is happening right now.”

That rhetoric made it sound like EPA’s Clean Power Plan was designed to reduce greenhouse gas emissions. However, in July EPA Administrator Gina McCarthy made it clear that her initiative “is not about pollution control.” Rather, it is an “investment strategy” designed to spur renewable energy.

Senator Jeff Sessions (R-AL) opined that the agency does not have “explicit statutory authority” to steer investments toward “green” energy. Perhaps so, McCarthy replied, but her actions are legal under the Clean Air Act and within the agency’s ever broadening purview – as are EPA’s attempts to expand its mission and oversight authority by emphasizing “sustainable development” and “environmental justice.”

The ironies abound. Wind, solar and ethanol power were intended to address “imminent oil and gas depletion” that ended with the hydraulic fracturing revolution, and prevent “global warming” that ended some 18 years ago. Now “investment” in these “alternative” energy technologies primarily involves greenback dollars taken from hard-working taxpayers and delivered to crony corporatists and campaign contributors who want to earn fat profits from climate scares, renewable energy mandates and subsidies.

A 2010 report suggested that EPA should begin to examine how it might “encourage the development of sustainable communities, biodiversity protection, clean energy, environmentally sustainable economic development and climate change.” Talk about an open-ended invitation to control our lives. A few weeks ago, EPA proclaimed “environmental justice” as yet another new cause celebre. The agency claims low-income groups are “disproportionately affected” by airborne pollution, and therefore it must tighten air quality standards yet again. The results will likely be a perverse opposite of true justice.

The agency’s own Urban Air Toxics report chronicles a 66% reduction in benzene levels, 84% in outdoor airborne lead, 84% in mercury from coal-fueled power plants, and huge reductions in particulates (soot). “But we know our work is not done yet,” McCarthy said. “At the core of EPA’s mission is the pursuit of environmental justice – striving for clean air, water and healthy land for every American; and we are committed to reducing remaining pollution, especially in low-income neighborhoods.”

Most air quality and health experts say America’s air is completely safe. That’s why EPA pays its Clean Air Scientific Advisory Committee and the American Lung Association millions of dollars a year to say otherwise. It’s why the EPA, CASAC and ALA refuse to discuss the $353 billion in annual regulatory compliance costs that EPA alone imposes on U.S. businesses and families (out of a total federal regulatory bill of $1.9 trillion), according to Competitive Enterprise Institute studies.

Those costs mean too many people lose their jobs. Their hopes, dreams, pride and work ethic are replaced by despair and dependency. If they can find new work, they are forced to work multiple jobs, commute longer distances, and spend greater portions of their incomes on gasoline and electricity. They suffer greater sleep deprivation, stress, depression, drug and alcohol abuse, spousal and child abuse, and poorer nutrition and medical care. More people have strokes and heart attacks; more die prematurely.

EPA’s new 54.5-mile-per-gallon standards mean cars are lighter and less safe in accidents. That means more people suffer severe injuries or get killed. Minority and other poor families are especially at risk.

Every one of these impacts is also a matter of environmental justice. But EPA chooses to ignore them.

Moreover, nothing in the law says EPA has a right to declare that it intends to seek “justice” by drawing a line between poor people and other Americans, all of whom have a stake in clean air. McCarthy’s language is more befitting a rabble-rouser than an agency administrator who is supposed make decisions based on science – not on emotions, politics, or racial and class divisiveness.

EPA’s climate and environmental policies appear destined to become even more insane. Just two months after calling climate change “the world’s most fearsome weapon of mass destruction” – and amid radical Islamist chaos and conflagrations across the Arab world – on September 3, Secretary of State John Kerry actually said “Muslim-majority countries are among the most vulnerable” to climate change. “Scriptures,” he claimed, make it clear that Americans have a “responsibility” to prevent this calamity.

McCarthy’s environmental justice claims also appear to be based on an ugly premise that undergirds many Obama Administration policies: that low-income people are victims and businesspeople are guilty of doing irreparable harm to their health and communities. (At least business people who are not aligned with Obama and don’t support liberal/Democrat agendas and candidates are guilty.)

Such sentiments pit low-income and working-class Americans against businesses. They are a divisive throwback to the 99% versus 1% protests. They ignore the fact that Mr. Kerry, climate politics bankroller Tom Steyer, and President Obama and his fundraiser dinner companions are all part of the 0.1 percent.

These sentiments also ignore the fact that businesspeople create jobs, give workers opportunities to earn a living for themselves and their families, and develop the employment and life skills to successfully climb the socio-economic ladder. Any company that violates environmental, health, safety, tax and other laws is penalized civilly or criminally – whereas all too often the regulators themselves escape any accountability or liability for accidental, incompetent and even deliberate actions that hurt their fellow citizens.

Ms. McCarthy’s statements also reflect the lengths to which EPA will go to continue expanding its reach and grow its bureaucracy. The agency cannot admit that it has nearly won the battle against dirty air, because thousands of government regulators could lose their jobs. (Never mind the millions of Americans who lose their jobs because of EPA regulators and regulations.) To protect its legions of workers, justify its massive taxpayer-provided budget, and expand it many times over, EPA continues to move the goal posts, by invoking environmental justice, climate change and sustainability – for which there can never be objective goals and achievements, but only political considerations and subjective “feelings.”

Apparently Ms. McCarthy embraces the ideology that ignores the benefits of affordable energy and of a robust economy that creates jobs and opportunities. In her view, government controls are paramount, even when they stifle self-reliance, creativity and entrepreneurship, destroy jobs, harm human health and welfare, and cast low-income Americans as perpetual victims.

Jason Riley puts it just as forcefully in his new book, Please Stop Helping Us: How liberals make it harder for blacks to succeed. Blacks must “develop the habits and attitudes that other groups had to develop” to improve their lives, he writes. The real secret to rolling back black unemployment and poverty is to change a culture that has allowed too many black children to grow up without the benefit of a father in the home, and that scorns black intellectual achievement as “acting white.”

Environmental protection should never be an “us vs. them” mentality. Such attitudes divide us, rather than bringing us together to improve our nation and world for everyone’s benefit. Ms. McCarthy should base environmental policy on sound science – and check her phony justice rhetoric at the door.