A Bee in Their Bonnet 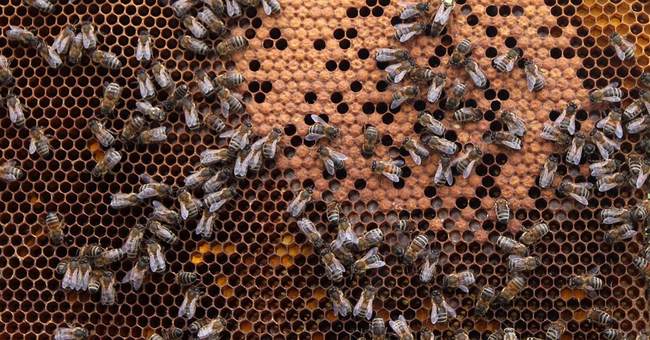 Chemophobic anti-pesticide groups are at it again. This time they’re attacking a widely used and safe new insecticide, but their assertions and real agendas are nothing new.

Modern environmentalism rose to ascendancy on opposition to pesticides, specifically DDT. “If the environmentalists win on DDT,” Environmental Defense Fund scientist Charles Wurster told the Seattle Times in 1969, “they will achieve a level of authority they have never had before.” Using Rachel Carson’s often inaccurate book Silent Spring to drive a nasty campaign, they succeeded in getting the Environmental Protection Agency to ban US production and use of DDT in 1972, leading to a de facto global ban even to combat malaria.

Trumpeting illusory or manufactured dangers of DDT and callously indifferent to the deaths of millions from this horrible disease, radical greens still battle its use, even to spray only the inside walls of primitive homes to keep most mosquitoes out, and keep those that do enter from infecting people.

Attacking a new class of insecticides for equally spurious reasons is thus no big deal, even if the chemicals are safe and vital for modern agriculture. Their real goal is to raise more money and acquire more power. As Saul Alinsky taught, they have picked their new target, personalized and polarized it, and attacked it relentlessly.

The target now is a widely used new class of safe pesticides – neonicotinoids – that Beyond Pesticides, Pesticide Action Network, Sierra Club and other “socially responsible” groups are blaming for bee population declines in various countries. But the real danger is a phenomenon called “colony collapse disorder,” which poses a serious threat to bees, crop pollination, flowers and food crops in many areas.

CCD and other bee die-offs are not new. What we now call colony collapse was first reported in 1869 and many outbreaks since then have turned scientists into Sherlock Holmes detectives, seeking explanations and solutions to this mysterious and scary-sounding problem. Fungi, parasitic mites and other possible suspects have been implicated, but none has yet been arrested or convicted.

That’s created a perfect Petri dish for anti-pesticide groups. They’re pressuring the United States and other countries to ban neonic pesticides, by blaming them for bee population declines. Their fear-mongering assertions are pure conjecture, but that hasn’t stopped activists – or news outlets – from promoting frightening stories implicating the chemicals.

“Neonics” are derived from naturally-occurring nicotine plant compounds and have been hailed as a low-toxicity pest treatment. They are often applied to seeds or on soils during planting, become part of the plants’ physiology, and work by giving treated plants internal defenses against invasive pests. That means neonics are toxic only to insects that feed on crops, which dramatically reduces the need to spray entire fields with other, less safe pesticides. It also curtails risks to farm workers and beneficial insects.

Claims that these insecticides could kill bees appear plausible at first blush, and laboratory studies have shown that high doses can affect bees in minor ways. However, doses that bees receive in lab studies “are far above what a realistic field dose exposure would be,” says Dr. Cynthia Scott-Dupree, environmental biology professor at the University of Guelph. The difference is akin to an 81 mg aspirin tablet versus a full bottle of 200 mg tablets, or light rainfall on a bee versus throwing it into a bucket of water.

Scott-Dupree helped coordinate a Canadian field study that compared hives exposed to neonics to those that weren’t exposed – and found no difference in colony health between the two groups. Another study by Britain’s Department for Environment, Food, and Rural Affairs reached the same conclusion.

The DEFRA evaluation of studies purporting to link neonics to bee harm found that the lab work was conducted under extreme scenarios which would not occur under real-world conditions. “Risk to bee populations from neonicotinoids, as they are currently used, is low,” the scientists concluded.

The lawsuit is not merely ill advised. By blaming pesticides, activists are ignoring – and deflecting attention from – a very real and serious threat to bees. The aptly named parasitic mite “Varroa destructor” threatens honeybees directly, while spreading and activating previously dormant or harmless bee viruses, which then become dangerous. The mites are not easy to eradicate.

“You can imagine how hard it is to kill a bug on a bug,” says John Miller, President of the California State Beekeepers Association, and sometimes the cure is worse than the disease. Treating Varroa requires insecticides that can be toxic to bees at levels high enough to be effective. Well-intentioned apiarists trying to combat Varroa can accidentally overdose hives with miticides.

Various neonicotinoids are widely used in Canada to protect its vast canola fields, and Canadian bee populations are thriving, notes science writer Jon Entine. Varroa-free Australia is likewise one of the world’s prime users of these pesticides, and its bee colonies are among the planet’s healthiest. By contrast, bee populations have been severely impacted by Varroa mites in areas of Switzerland where neonics are not used.

Multiple studies point to still other factors that explain why bees are struggling. They include bees developing resistance to antibiotics, funguses like Nosema, multiple bee viruses and parasites, bacterial infections like foulbrood, exposure to commonly used organophosphates, bee habitat loss, and even long-term bee inbreeding and resultant lack of genetic diversity.

Activists aren’t asking for investigation into these problems – which calls their science, sincerity and integrity into question. Their track record on DDT and malaria underscores this modus operandi. The activists get money, publicity, power and phony solutions – and end up hurting the very things (bees and people) they profess to care so much about.

Right now, no one knows why bees aren’t thriving. Studies have shown that neonicotinoids are innocent, and reflexive bans will harm farmers, whose crop yields will fall; consumers, whose food bills will rise and food safety will decline; and environmental values, as older, more toxic insecticides will have to be reintroduced to protect crops. The detective work needs to continue, until real answers are found.

The prudent, precautionary approach would be to avoid eliminating vital, low-toxicity neonicotinoids, while continuing to study their potential effects on bees, and other potential causes of die-offs and colony collapses. Right now we don’t have an equally low substitute for neonics. Sound, replicable science – not pressure group politics – must underpin all pesticide policies, or the unintended consequences will be serious, far-reaching, and potentially devastating to agriculture and food supplies.

We need to let science do its job, not jump to conclusions or short-circuit the process, as the media did in accusing Richard Jewell of the 1996 Atlanta Olympics bombing.

This time – as always – we need answers, not scapegoats.