Pat Buchanan
|
Posted: Mar 16, 2018 12:01 AM
Share   Tweet
The opinions expressed by columnists are their own and do not necessarily represent the views of Townhall.com. 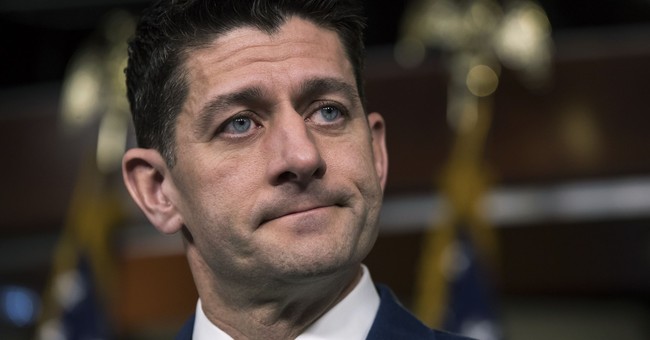 After the victory of Donald Trump in 2016, the GOP held the Senate and House, two-thirds of the governorships, and 1,000 more state legislators than they had on the day Barack Obama took office.

"The Republican Party has not been this dominant in 90 years," went the exultant claim.

A year later, Republicans lost the governorship of Virginia and almost lost the legislature.

Came then the loss of a U.S. Senate seat in ruby-red Alabama.

Tuesday, Democrats captured a House seat in a Pennsylvania district Trump carried by 20 points, and where Democrats had not even fielded a candidate in 2014 and 2016.

Republicans lately congratulating themselves on a dominance not seen since 1928, might revisit what happened to the Class of 1928.

In 1930, Republicans lost 52 House seats, portending the loss of both houses of Congress and the White House in 1932 to FDR who would go on to win four straight terms. For the GOP, the '30s were the dreadful decade.

Unlike 1930, though, the nation has not endured a Great Crash or gone through year one of a Great Depression where unemployment hit 10 percent in June, when the Smoot-Hawley tariff was passed.

Today, the economy is moving along smartly. The labor force is larger than it has ever been. Workers are re-entering and seeking jobs. Black and Hispanic unemployment are at record lows. Confidence is high. Our Great Recession is 10 years in the past.

A good economy did not save the GOP in the 18th Congressional District of Pennsylvania, where the party's tax cut was derided by Democrat Conor Lamb as a wealth transfer to the rich. Nor did Lamb hurt himself by implying Republicans were planning to pay for their tax cut by robbing Social Security and Medicare.

Other factors point to a bad day for the GOP on Nov. 6.

Relying upon hostility to Trump to bring out the resistance, savvy Democrats are taking on the political coloration of their districts and states, rather than of the national party of Hillary Clinton, Barack Obama and Bernie Sanders.

There is, however, troubling news from Pennsylvania for Nancy Pelosi.

Lamb promised voters of "Deerhunter" country he would not support San Francisco Nancy for speaker. Look for Democrats in districts Trump carried to begin talking of the "need for new leaders."

Trump seems fated to be the primary target of attack this fall, and not only in districts Clinton carried. For an average of national polls shows that disapproval of his presidency is 14 points higher than his approval rating. And this is when the economy is turning up good numbers not seen in this century.

At the national level, Democrats will turn 2018 into a referendum on the Trump persona and Trump presidency. For while the Trump base is loyal and solid, the anti-Trump base is equally so, and appreciably larger.

Lest we forget, Hillary Clinton, not the most charismatic candidate the Democrats have put up in decades, beat Trump by nearly 3 million votes. And while Trump pierced the famous "blue wall" -- the 18 states that voted Democratic in every presidential election between 1992 and 2012 -- the demographic trend that created the wall is still working.

White voters, who tend to vote Republican, continue to decline as a share of the population. Peoples of color, who vote 70 to 90 percent Democratic in presidential elections, are now nearly 40 percent of the nation.

Mass migration into America is re-enforcing that trend.

But if Republicans face problems of demography, the party of "tax and tax, spend and spend, and elect and elect" appears to be reaching the end of its tether. Federal deficits are rising toward trillion-dollar levels.

The five largest items in the budget -- Social Security, Medicare, Medicaid, defense, interest on the debt -- are rising inexorably. And there appears no disposition in either party to cut back on spending for education, college loans, food stamps, housing assistance or infrastructure.

If the Fed did not retain the power to control the money supply, then the fate of New Jersey and Illinois, and beyond, of Greece and Argentina, would become our national destiny.