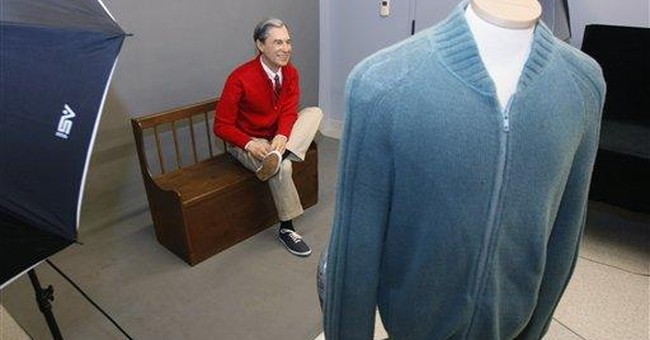 On June 30, 1972, two weeks after the Watergate burglars were taken into custody, Richard Nixon vetoed a congressional bill to double and treble federal funding for public broadcasting.

Nixon's stunning veto was sustained. Yet he had only "scotched the snake, not killed it," in the words of MacBeth.

Having escaped the ax, PBS and its little sister, National Public Radio, with their consistently leftist bias, grew fat on 40 years of federal money.

Nixon would express regret he had not followed the advice of those who urged him to terminate taxpayer funding and force public television and radio to compete fairly with private broadcasting.

Early in 2011, a Republican House and a more Republican Senate will have a second chance to succeed where Nixon, Ronald Reagan, and George Bush I and II failed to try -- to terminate tax funding of PBS and NPR.

This vote will be an early test of the GOP's claim that, having been burned in 2006 and 2008, it has learned its lesson, that Big Government conservatism was a fatal attraction and remains an oxymoron.

As any viewer of cable news now knows, what has pushed NPR into the crosshairs of Tea Party sharpshooters was its egregious act of liberal bigotry against Juan Williams, a 10-year veteran of NPR.

Williams, a moderate-liberal African-American who worked for The Washington Post and now works at Fox News, was fired for telling Bill O'Reilly that, when boarding an airliner where Muslims are wearing visibly Muslim garb, he gets "nervous," he gets "worried."

Whether Williams was fired for harboring such feelings, or for having confessed them to O'Reilly, we do not know. But NPR President Vivian Schiller said that if Juan did entertain such feelings, they should have remained "between him and his psychiatrist."

Schiller's NPR calls to mind other places where folks who confessed to thoughts offensive to the regime ended up in insane asylums and re-education camps, the Soviet Union and South Vietnam post-1975.

Yet, as this episode, like a flash of lightning, suddenly illuminated the ideological landscape at NPR, it is most welcome.

As for Juan, not to worry. He has a new three-year, $2 million contract with Fox. He is known to a larger national audience, and in a positive way. He is widely seen as having been scapegoated by bigots and bravely fought back.

But the reasons for defunding PBS and NPR, and their parent, the Corporation for Public Broadcasting, are far broader. They involve not just politics and economics, but principles and the Constitution.

First, the United States government should not be in the news business at all. Arguments and debates about public affairs should be the province of private citizens. If the government must engage in propaganda in times of war or tension, to sell its policies abroad, the home front should remain insulated from that propaganda.

When director Bruce Herschensohn's brilliant "Years of Lightning, Day of Drums" about JFK's White House days was made by the United States Information Agency, it was only by special dispensation that it was allowed to be shown to the American public.

Second, a U.S. government that has run back-to-back deficits of $1.4 trillion and $1.3 trillion cannot afford the luxury of providing news and entertainment to a nation with hundreds of cable TV channels and hundreds of AM, FM and satellite radio stations, not to mention scores if not hundreds of nationally syndicated radio programs.

Why should taxpayers have to fund a government version of Al Franken's Air America, when the private version went belly up? Let the PBS-NPR elite audience fund its own news and entertainment.

When public television first came on air, there were three TV networks and few cities had more than three TV stations. The case for public television, that the people need "alternative programming," collapses when there are more channels than most of us have heard of, tailored to every conceivable taste and interest.

Consider now the words of Thomas Jefferson: "To compel a man to furnish funds for the propagation of ideas he disbelieves and abhors is sinful and tyrannical."

Yet, Congresses and presidents who profess to revere Jefferson have voted for 40 years to force conservatives to pay billions of dollars through CPB, PBS and NPR to propagate leftist ideas that they disbelieve and abhor.

In FY 2010 alone, CPB, which funnels tax dollars to public television and radio stations, received $420 million. The special interests who will fight to shelter these subsidies should not be underestimated. In big cities and on many campuses, there are powerful beneficiaries and articulate advocates of public broadcasting who will paint as troglodytes any congressmen who would poach on these preserves of privilege.

Again, whether a Republican House will zero out funding for public broadcasting will be an early test of its character. If it gives CPB only a haircut and a pat on the head, the tea party folks should start recruiting candidates to run against GOP incumbents in 2012.