The Disemboweling of America 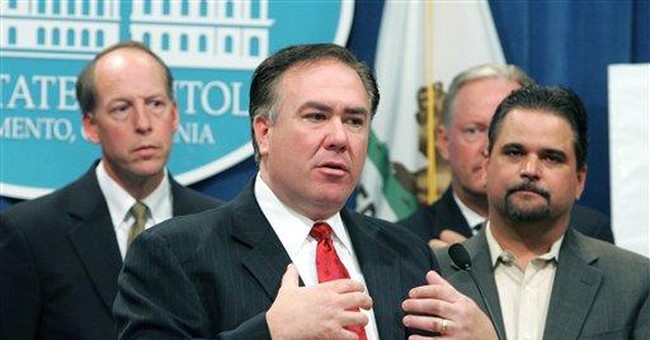 Though Bush 41 and Bush 43 often disagreed, one issue did unite them both with Bill Clinton: protectionism.

Globalists all, they rejected any federal measure to protect America's industrial base, economic independence or the wages of U.S. workers.

Together they rammed through NAFTA, brought America under the World Trade Organization, abolished tariffs and granted Chinese-made goods unrestricted access to the immense U.S. market.

Charles McMillion of MBG Information Services has compiled, in 44 pages of charts and graphs, the results of two decades of this Bush-Clinton experiment in globalization. His compilation might be titled, "Indices of the Industrial Decline and Fall of the United States."

From 2000 to 2009, industrial production declined here for the first time since the 1930s. Gross domestic product also fell, and we actually lost jobs.

In traded goods alone, we ran up $6.2 trillion in deficits -- $3.8 trillion of that in manufactured goods.

Things that we once made in America -- indeed, we made everything -- we now buy from abroad with money that we borrow from abroad.

Over this Lost Decade, 5.8 million manufacturing jobs, one of every three we had in Y2K, disappeared. That unprecedented job loss was partly made up by adding 1.9 million government workers.

The last decade was the first in history where government employed more workers than manufacturing, a stunning development to those of us who remember an America where nearly one-third of the U.S. labor force was producing almost all of our goods and much of the world's, as well.

Not to worry, we hear, the foreign products we buy are toys and low-tech goods. We keep the high-tech jobs here in the U.S.A.

About our dependency on Mideast oil we hear endless wailing.

Yet most of our imported oil comes from Canada, Mexico, Venezuela, Nigeria and Angola. And for every dollar we send abroad for oil or gas, we send $4.20 abroad for manufactured goods. Why is a dependency on the Persian Gulf for a fraction of the oil we consume more of a danger than a huge growing dependency on China for the necessities of our national life?

How great is that dependency?

Over the last decade, our total trade deficit with China in manufactured goods was $1.75 trillion, which explains why China, its cash reserves approaching $3 trillion, holds the mortgage on America.

This week came a report that Detroit, forge and furnace of the Arsenal of Democracy in World War II, is considering razing a fourth of the city and turning it into farm and pastureland. Did the $1.2 trillion trade deficit we ran in autos and parts last decade help kill Detroit?

And if our purpose with NAFTA was to assist our neighbor Mexico, consider. Textile and apparel imports from China are now five times the dollar value of those imports from Mexico and Canada combined.

As exports are added to a nation's GDP, and a trade deficit subtracted, the U.S. trade deficits that have averaged $500 billion to $600 billion a year for 10 years represent the single greatest factor pulling the United States down and raising China up into a rival for world power.

Yet, what is as astonishing as these indices of American decline is the indifference, the insouciance of our political class. Do they care?

How can one explain it?

Ignorance of history is surely one explanation. How many know that every modern nation that rose to world power did so by sheltering and nurturing its manufacturing and industrial base -- from Britain under the Acts of Navigation to 1850, to protectionist America from the Civil War to the Roaring Twenties, to Bismarck's Germany before World War I, to Stalin's Russia, to postwar Japan, to China today?

No nation rose to world power on free trade. From Britain after 1860 to America after 1960, free trade has been the policy of powers that put consumption before production and today before tomorrow.

Nations rise on economic nationalism; they descend on free trade.

Ideology is another explanation. Even a (Milton) Friedmanite free-trader should be able to see the disaster all around us and ask: What benefit does America receive from these mountains of imported goods to justify the terrible damage done to our country and countrymen?

Can they not see the correlation between the trade deficits and relative decline?

Republicans seem certain to benefit from the nation's economic crisis this November. But is there any evidence they have learned anything about economics from the disastrous Bush decade?

Do they have any ideas for a wholesale restructuring of U.S. trade and tax policy, for a course correction to prevent America's continuing decline?

Has anyone seen any evidence of it?