Is This How Democracy Ends? 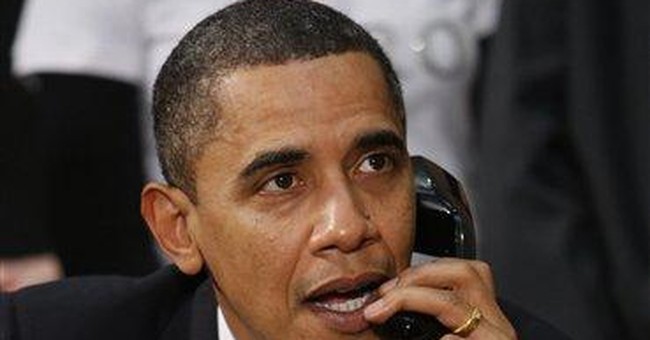 "I used to think it would take a great financial crisis to get both parties to the table, but we just had one," said G. William Hoagland, a former adviser to the Senate Republican leadership on fiscal policy.

"These days, I wonder if this country is even governable."

America faces a crisis of democracy.

At its heart is a fiscal crisis. After the 2009 deficit of $1.4 trillion, we are running a 2010 deficit of $1.6 trillion. Trillion-dollar deficits are projected through the Obama years, be they four or eight.

Long before 2016, however, holders of U.S. public debt will stop buying Treasury bills or start demanding higher interest rates to cover the growing risk of a default.

This week, a smoke detector went off. China, in December, had unloaded $45 billion of its $790 billion in T-bills. Is Beijing is bailing out?

To assure the world we are not Greece writ large, the United States must soon adopt a visible plan for slashing the deficit.

There are three ways to do it. One is through growth that increases the tax revenue flowing into the Treasury and reduces the outflow for safety net programs like unemployment insurance.

But growth only comes slowly and can take us only so far.

Needed is a combination of big budget cuts and tax hikes. But the only place one can get budget cuts of the magnitude required is from the big entitlement programs, Social Security, Medicare and Medicaid. And the only place to get revenue of that magnitude is by raising taxes on the American middle class.

And here is where Barack Obama hits the wall.

Republicans are not going to give him a single vote for a tax increase. Not only would this violate a commitment most made to the people who elected them, it would be politically suicidal. For behind the GOP today, and its best hope of recapturing Congress in 2010, are the Tea Party irregulars.

And Tea Partiers now play the role of Red Army commissars who sat at machine guns behind their own troops to shoot down any soldier who retreated or ran. Republicans who sign on to tax hikes cannot go home again.

Consider: Arlen Specter voted for the Obama stimulus and faced an immediate primary challenge from Pat Toomey, who took a 20-point lead, forcing Specter to quit the party to survive. Popular Gov. Charlie Crist embraced Obama on a Florida visit and got an immediate primary challenge from Marco Rubio, who now looks to be the next senator from Florida.

The Tea Party folks are not into the Gerald Ford politics of compromise and consensus. They have seen what it produces: the inexorable growth of Government.

Ex-Sen. Alan Simpson, a Republican and co-chair of Obama's National Commission on Fiscal Responsibility, has challenged the patriotism of conservatives who plant their feet in concrete.

"There isn't a single sitting member of Congress -- not one -- that doesn't know exactly where we're headed. ... And to use the politics of fear and hate and division on each other -- we're at a point right now where it doesn't make a damn whether you're a Democrat or a Republican, if you've forgotten you're an American."

Simpson is right in his assertion that anti-tax Republicans went along with George W. Bush's spending spree -- for two wars, prescription drug benefits under Medicare and No Child Left Behind.

Where he is mistaken is in suggesting "fear and hate" are behind the opposition to tax hikes. History, principle and honest politics explain much of that hostility.

Ronald Reagan, who consented to tax hikes in the 1982 TEFRA bill, told this writer he was swindled. Promised three dollars in spending cuts for each dollar in tax increases, he got the reverse.

George H.W. Bush won election by pledging: "Read my lips! No new taxes!" He broke his pledge, leaving many of the faithful with egg all over their faces. That may have cost him the presidency.

Principled conservatives are resisting tax hikes because they believe government has grown too huge for the good of the country. And if that means putting the beast on a starvation diet -- no new tax revenue to batten on -- so be it. Cold turkey time.

Anticipating gains in November, Republicans will not give Obama any new taxes before then. After November, their ranks swollen by Tea Party support, they will be even more intractable.

Where does that leave Obama -- and us?

Later this year or early next, to avoid a debt crisis, Obama will ask Congress to raise taxes and pare back entitlement programs.

Republicans will fight the taxes to the last ditch. Democrats, having lost dozens of colleagues in the November massacre, will rebel against the cuts in social spending.

And a paralyzed government will drift closer toward the maelstrom.