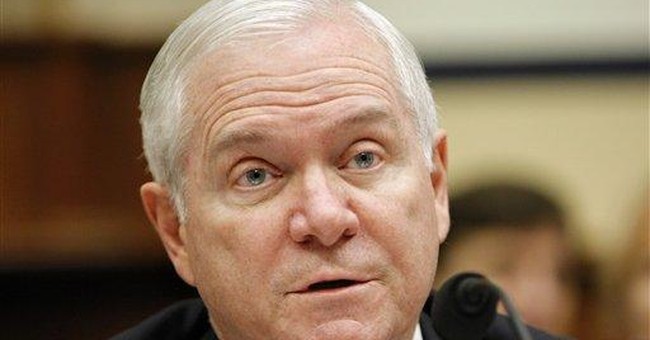 WASHINGTON -- No nation ever has had a better military than today's all-volunteer U.S. armed forces. Though I wouldn't trade anything for the young Americans I served with in Vietnam -- or afterward -- those presently wearing America's uniforms are the brightest, best-educated, best-trained and most combat-experienced military the world ever has seen. Now, in the midst of an unprecedented ninth year of war and nonstop high-stress deployments, their commander in chief intends to put the capabilities of this extraordinary force and our nation's security at risk to carry out a radical social experiment.

During his presidential campaign, Barack Obama frequently promised he would reverse the U.S. military's long-standing policy prohibiting homosexuals from serving in our military. Last October, at a Human Rights Campaign dinner, he said: "I'm working with the Pentagon, its leadership and the members of the House and Senate on ending this policy. ... I will end 'don't ask, don't tell.' That's my commitment to you."

Last week, tucked into the closing paragraphs of his State of the Union address, the president said, "This year, I will work with Congress and our military to finally repeal the law that denies gay Americans the right to serve the country they love because of who they are." Set aside the disingenuous rhetoric. (It's not about "who they are"; it's really about "what they do.") We now know the "repeal" process is already well under way.

This week, Sen. Carl Levin, D-Mich., chairman of the Senate Armed Services Committee and an advocate of ending what he calls "this discriminatory policy," convened a remarkable hearing to determine the "next steps" in "meeting the president's commitment."

Testimony by Defense Secretary Robert Gates and Adm. Mike Mullen, chairman of the Joint Chiefs of Staff, revealed the Department of Defense isn't going to evaluate whether repealing Section 654 of Title 10 of the U.S. Code -- the 1993 statute that bars active homosexuals from the military -- is a good idea. Instead, the Pentagon already is working to undermine the law and allow practicing homosexuals to enter and remain in our military.

According to Gates, "The question before us is not whether the military prepares to make this change, but how we best prepare for it." He announced a yearlong study on how to implement a repeal of the law and baldly asserted that "we have a degree of latitude within the existing law to change our internal procedures in a manner that is more appropriate and fair to our men and women in uniform." In other words, in the Obama administration, enforcing the current law, which overwhelmingly was enacted 17 years ago, no longer matters.

Gates now acknowledges in the midst of war that he is implementing a policy of "selective enforcement" to disregard a law that clearly states that "the presence in the armed forces of persons who demonstrate a propensity or intent to engage in homosexual acts would create an unacceptable risk to the high standards of morale, good order and discipline, and unit cohesion that are the essence of military capability." So much for our national security.

Though Mullen expressed his "personal belief that allowing gays and lesbians to serve openly would be the right thing to do," he conceded he does not "know for a fact how we would best make such a major policy change in a time of two wars." The Joint Chiefs chairman also made this curious observation: "We have in place a policy which forces young men and women to lie about who they are in order to defend their fellow citizens." How that can be the case in a "don't ask, don't tell" era seems to have eluded the good senators.

Unasked and unanswered are these "where do we go from here?" questions the senators should have posed: If Congress changes the law and allows overtly practicing homosexuals in the ranks, should NAMBLA members be allowed to serve? Will those who advocate abolishing "age of consent" laws be allowed to don uniforms? Will the military have to acknowledge same-sex marriages? If so, will military chaplains be required to perform such rituals? Will same-sex couples be entitled to military housing? Will these couples be allowed to serve in the same unit or aboard the same ship?

Supposedly, those issues and many more will be resolved over the next 10 months in a "working group" headed by Pentagon General Counsel Jeh Johnson and Gen. Carter Ham, commander of U.S. Army forces in Europe. Allegedly, they will consider ways to ameliorate the effects of this inane decision on readiness, recruitment and retention in the world's finest military. Then, in 2011, Congress will vote on whether to repeal a law the O-Team is willfully ignoring anyway.

Congress should not wait to decide this issue and become party to potentially irreparable damage to our military. Congress controls the purse strings of the Pentagon. Both houses should go on record now so "We the People" know who favors treating America's soldiers, sailors, airmen, guardsmen and Marines like lab rats in Mr. Obama's radical social experiment.