Nina Nguyen  |  Dec 11, 2019
The opinions expressed by columnists are their own and do not necessarily represent the views of Townhall.com.
Top Columns
Trending on Townhall Media

The FDA just approved a groundbreaking new treatment for cystic fibrosis, a disease that causes a life-threatening buildup of mucus in the lungs. This drug offers hope to the 30,000 Americans who suffer from this disease, many of whom lack viable treatment options.

With the approval of this drug, cystic fibrosis patients have joined the countless other people whose lives have been improved by the dedicated efforts of American biotech firms.

Some members of Congress underestimate how crucial private sector investment is to drug development. They believe that scientists at the National Institutes of Health develop the majority of new drugs -- and that drug firms simply profit off these discoveries. Fueled by this misconception, these lawmakers have proposed reforms that would drastically reduce drug companies' research budgets.

Here's how drug development usually works. Scientists at American universities rely on funding from the National Institutes of Health to conduct research into the human body and the causes of illness. The NIH even conducts some of this research itself. But these scientists aren't trying to develop drugs -- they're simply asking questions.

Most of the time this research won't produce anything more than an academic paper. But occasionally, these scientists discover a potential avenue to a new drug.

In those rare instances, private biotech firms step in. These firms -- generally small startups -- rely on venture capital and other investments to conduct early experiments and bring their compounds through animal and human trials.

Most of these endeavors will fail. Nearly 90 percent of new drugs that begin clinical trials don't receive FDA approval. Biotech firms whose drugs survive the trial stage often partner with a larger company to help bring their product to market.

From beginning to end, this process takes between 10 and 15 years and costs more than $2 billion. Private sector firms do the lion's share of the work -- and foot most of the bill.

Fortunately, America's biopharmaceutical firms have the resources to fund these expensive, high-risk endeavors. The U.S. biopharmaceutical industry spent $90 billion on research and development in 2016. That's more than double the NIH's entire annual budget.

Private sector investment helps Americans live longer, healthier lives. Cancer deaths have dropped 27 percent since the 1990s in large part because of new therapies. HIV/AIDS death rates have dropped 88 percent in roughly the same period, thanks to the invention of antiretroviral drugs.

And this progress shows no signs of slowing. There are currently more than 4,500 new treatments for HIV, heart disease, and other conditions being developed in labs across the United States.

That would be disastrous. Siphoning $1 trillion away from these companies would mean at least a $210 billion reduction in R&D.

Americans might be surprised to know that drug companies dedicate roughly 21 percent of revenue -- more than any other industry -- to research and development. That's because a few bad actors like Martin Shkreli, who bought the patent for a rare disease drug and hiked its price by $5,000, get tons of media attention. Or they hear of certain companies drastically increasing EpiPen pricing, putting this lifesaving drug out of reach for many.

But these actors are the exception -- not the rule.

Without that funding, companies would struggle to develop a host of new drugs. And the NIH doesn't have the resources or motivation to pick up the slack. Reducing private sector R&D would simply mean reducing drug development across the board.

Medical innovation relies on private sector investment. Let's hope lawmakers realize this before they tax the next generation of cures into oblivion.

Nina Nguyen previously served as a research assistant at a leading cancer research laboratory and as a project manager at large Houston-area research hospitals. 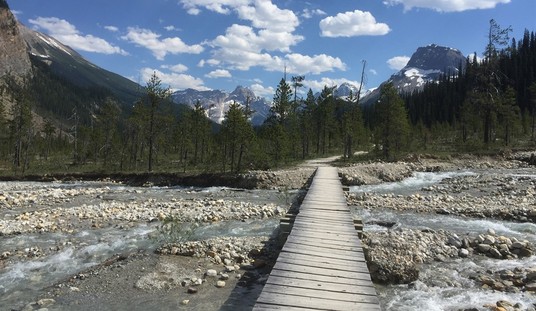