ISIS Sets It's Sights on Another Kurdish Stronghold 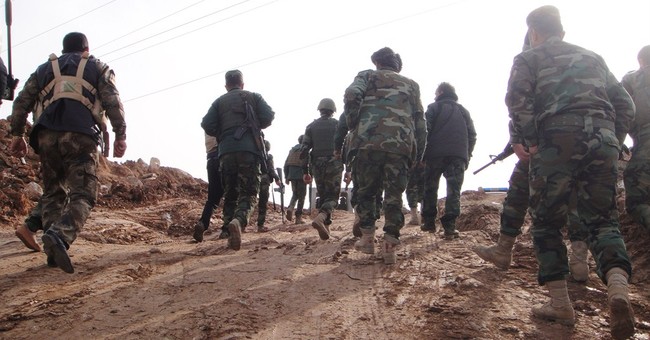 Russia-North Korea: The Chief of the General Staff in Moscow confirmed that Russia and North Korea will hold joint exercises in 2015.

General Gerasimov said, "We are entering preliminary negotiations with the armed forces of Brazil, Vietnam, Cuba and the Democratic People's Republic of Korea. If negotiations are successful, the military drills will include naval and air force exercises as well as joint drills between ground troops from Russia and North Korea.

Comment: Russia last held exercises with North Korea in 2011. They focused on air and sea rescue operations in the Far East. The history of military ties to the Soviet Union dates to the formation of the North Korean armed forces by Soviet military leaders when Stalin was alive. Contacts and arms sales were steady for decades prior to the collapse of the Soviet Union.

North Korea's armed forces are organized on the Soviet military model, not on the Chinese, with North Korean variations. North Korean military uniforms are adaptations of Soviet uniforms. Thus, the Korean People's Army has more in common with and closer ties to the Russians than to any other national armed forces. They almost never train with the Chinese People's Liberation Army.

There is no comparison in the substance of the relationship or the training that will take place. Nevertheless, in the propaganda battle, the North purports to have a powerful patron - Russia, just as South Korea has the US.

The North Korean national ideology is "chuche", which is translated self-reliance. North Korean propagandists never explain why their self-reliant country bothers to train with the Russians.

The second take-away is that the North's strategists apparently thought that the suspension of annual Allied exercises was a serious and generous concession for talks about nuclear issues.

Iraq: A major battle between the Islamic State of Iraq (ISIL) and the Levant and the Iraqi Kurds is developing at Kirkuk.

On 30 January, ISIL fighters attempted to seize Kirkuk in multipronged operation from the southwest, south and east. . Kurdish peshmerga defenders beat back the attack, but not before ISIL fighters had reached the center of the town and entered a prominent hotel before being killed. A Kurdish general officer and seven fighters died in the clash.

Yesterday NightWatch learned that a large ISIL force moved in column of march formation towards Kirkuk from the direction of Fallujah, that is to say, from the south. This portends a significant test of strength is likely for control of Kirkuk. Local sources say inclement weather has prevented air support.

Press reports, meanwhile, state that the Kurds are continuing operations to prepare to capture Mosul from ISIL.

Comment: After the withdrawal from Kobani in Syria, Kirkuk appears to be ISIL's next test case with its opponents. An ISIL defeat at Kirkuk would signify that ISIL's offensive strength has been exhausted.