Democrat Report on Torture Gives China an Opportunity to Grandstand 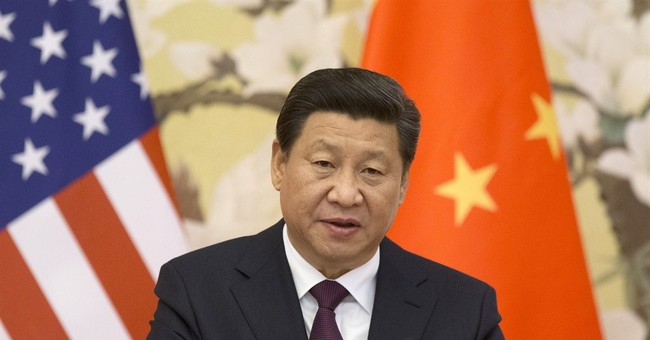 North Korea-US: In a commentary published on Tuesday, the Korean Central News Agency (KCNA) urged the United Nations Security Council (UNSC) to address the US record of human rights.

"Why is the UNSC turning its face from the inhuman torture practiced by the CIA over which the UN anti-torture committee expressed particular concern and which is dealt with in the 6, 000 page-long report presented by the intelligence committee of the US Senate, and such despicable human rights abuses as white American policemen's brutalities of shooting and strangling black men to death,".

"If the UNSC handles the 'human rights issue' in the DPRK while shutting its eyes to the serious human rights issue in the US, one of its permanent members, while failing to settle the pending and urgent issues directly linked with the world peace and security, it will prove its miserable position that it has turned into a tool for US arbitrary practices just as everybody can hear everywhere."

Comment: The North is still furious about the UN General Assembly resolution on North Korean human rights abuses and looking for ways to disparage that resolution as a fabrication of the US. The North's argument is that the US suborned the General Assembly which would be a modern first, were it possible. The above statement reflects that theme.

Military. South Korean press reported that North Korean winter training is more intense this December than in many years.

Comment: Winter training began on 1 December. The North Koreans announced the start of the winter training cycle this year with some fanfare because Kim Jong Un's handlers judged his position as Supreme Commander required he pay some attention to winter training. In the past ten days, he has made multiple visits to military units, always dispensing guidance based on his total lack of military knowledge or training and his lack of physical fitness. Winter is the most important and extensive training period for North Korea's ground forces.

Apparently, North Korean special forces have been more active in ground and air transport activity. Special forces form a large component of the North Korean army. They variously are estimated to number between 80,000 and more than 100,000 personnel. Selected units train with AN-2 propeller-driven biplanes for insertion. Apparently AN-2 flights are high for this month.

Special forces training, which includes parachute training, seems tied more to good weather and fuel availability than to the training regimen of the other major combat units.

An important factor that influences winter training is the price of petroleum products. The drop in oil prices around the world is enough by itself to produce a windfall sufficient to finance North Korean winter training.

Increased training in December does not portend an increased threat of provocations.

China-US: A foreign ministry spokesman in Beijing said the US should "correct its ways", while Chinese state media accused the US of having double standards for presenting itself as a defender of human rights while committing gross abuses.

"China has consistently opposed torture. We believe that the US side should reflect on this, correct its ways and earnestly respect and follow the rules of related international conventions," spokesman Hong Lei told a daily news briefing.

Xinhua ran an editorial saying the US "should clean up its own backyard first and respect the rights of other countries to resolve their issues by themselves….America is neither a suitable role model nor a qualified judge on human rights issues in other countries, as it pretends to be."

Comment: Criticism of the US human rights positions is worldwide. China interprets the US Senate report as undermining the credibility and moral authority of the US on human rights. China may claim that it opposes the use of torture, but it used it without restraint in its past wars.

China-Hong Kong: Hong Kong student leaders pledged at a rally today, the last day of their street protests, to broaden the struggle for democracy.

Thousands of people packed the roads yesterday evening, snapping pictures of yellow umbrellas, posters demanding democracy and protesters continuing to create artwork. Some of the tents lining the roads were taken down.

Comment: The pro-democracy protests are ending with a whimper, more than a bang. Nevertheless, the Communist authorities might have alienated a cohort of future leaders.

India-Kashmir: The third phase of polling for 16 assembly seats in Jammu and Kashmir on Tuesday recorded 58 percent voter turnout, Election Commission officials said. The turnout in Kashmir was up from 52.13 percent recorded in 2009, Deputy Election Commissioner Vinod Zutshi said.

Comment: Indian media reported two minor security incidents. The militant campaign to deter voting through violent attacks failed. Militant calls for Kashmiris to boycott the elections also were ignored. One voter said the elections were the only opportunity to vote for change in his poor village.

Kadre, also known as "Baba Ladde" was detained by MINUSCA forces on Monday in the latest of a series of actions that the Mission is undertaking as part of its Urgent Temporary Measures mandate to perform basic police functions in support of CAR authorities' fight against impunity.

He had been on the CAR authorities' arrest list since May this year and his capture is the latest in a series of major arrests, including anti-Balaka leaders known as "Chocolat" and John "Americain." The latter's arrest was followed by the surrender of 88 of his fighters.

Comment: Kadre has incited Christians and animists against Muslims. His arrest should help reduce the cycle of sectarian violence for a while.

NightWatch's study of such movements, however, slews that a new leader always is available and ready for his chance to lead. Decapitation might be useful, but it is almost never a permanent solution for ending internal violence.

MINUSCA began operations in September 2014, with a mandate to protect civilians and to facilitate a permanent peace settlement between Muslims and Christians. This capture is one of its major achievements.

Nigeria: A double suicide bombing attack killed at least four people and injured seven near a market in Kano, in northern Nigeria. One blast hit a vehicle loading area at a central textile market. "They came by the market and asked to be directed to a public convenience. The bombs detonated, killing them and four others," one witness said.

Comment: The last attack in Kano occurred on 28 November when more than 100 people were killed in an attack on the Central Mosque in Kano.

The Boko Haram group operating in Kano appears to be independent of the groups attempting to establish a caliphate in the northeast. Kano is a center of religious devotion. With more than 2 million people, it is Nigeria's second largest city. It is a center of advanced education and commerce. These bombings serve mainly as a reminder of the weakness of Nigerian security forces. The emir of Kano has the stature and resources to control Boko Haram in Kano State.