Leading From Behind: US Lets ISIS Surround Kobani 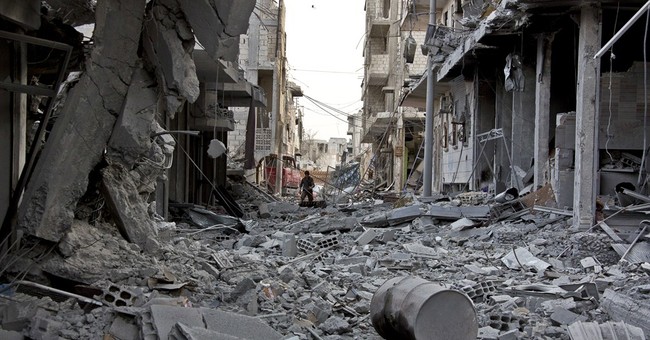 India-Kashmir: At least eight people including a junior level officer of India's paramilitary Central Reserve Police Force (CRPF) were wounded Saturday in a grenade attack in Indian-controlled Kashmir. "Suspected militants today threw a grenade towards a CRPF bunker near Ganta Ghar-Lal Chowk (red square) in Srinagar, which exploded outside it wounding eight people including a sub-inspector of CRPF," a senior police officer said.

Comment: On Friday, terrorists attacked in the Arnia area near Jammu in the southern part of Jammu and Kashmir State. The grenade attack sends the message that the separatists still have a presence in Srinagar, but it is a weak message. Nevertheless, India will blame Pakistan for supporting the terrorist. The attacks are achieving their primarily political objective of ensuring continued hostility between India and Pakistan.

Afghanistan: The police chief of Kabul, General Zahir, resigned today after a surge of Taliban attacks on foreigners and foreign interests in the city during the last two weeks.

Saturday's attack was on a building used by the Partnership in Academics and Development (PAD), a small US education group. The director of the NGO, his son and his daughter were shot in the head by Taliban gunmen. Several staff members were injured in that attack which include a bomb.

General Zahir resigned after he spoke to the press about this attack. The Taliban claimed the attack hit a secret Christian missionary group.

Comment: General Zahir did not state his reasons for resigning, but the timing suggests it is related to the deterioration of security in Kabul. Terrorists have made nine successful attacks against foreign interests in the last two weeks. Kabul is supposed to be the best defended city in Afghanistan.

Syria: Fighters from the Islamic State of Iraq and the Levant (ISIL) reportedly have surrounded Kobani, according to Kurdish officials. In the latest development, ISIL attacked the border crossing to Turkey and some ISIL fighters attacked southward from Turkey for the first time.

Turkey denied the reports. A statement from Prime Minister Davutoglu's office said Turkish security forces have taken "all necessary precautions" along the border.

A Kurdish official and the Britain-based Syrian Observatory for Human Rights said a vehicle used in a car bombing in Kobani had crossed over the border from Turkey.

Comment: Kobani is inside Syria sufficiently that ISIL fighters and bombers could get behind it and appear to have come south from Turkey. Several news analyses made that point.

The more important point is that the US bombing campaign has failed to prevent Kobani from being surrounded. The air support presumably was intended to keep the last line of communication open to Turkey.

This development, assuming the reports are accurate, is curious because the Canadian press reported that Canadian combat aircraft flew no missions last week because there were no targets.