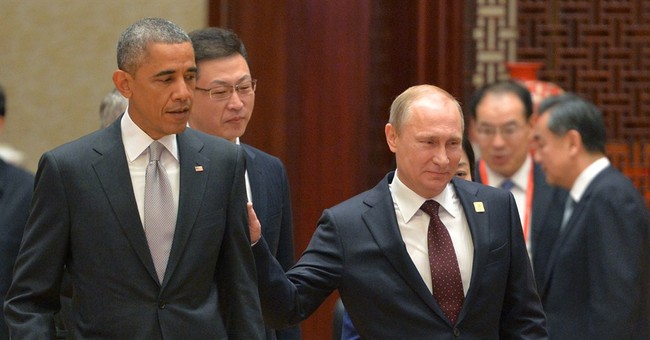 Iran-Russia: The top nuclear officials of Iran and Russia, in a meeting in Moscow on Tuesday, signed an agreement on the construction of two new nuclear power plants for Iran. The agreement was signed by the Head of the Atomic Energy Organization of Iran (AEOI), Ali Akbar Salehi, and the Head of Russia's Rosatom State Atomic Energy Corporation, Sergey Kiriyenko.

Upon arrival in the Russian capital, Salehi told reporters that he is also due to discuss mechanisms for nuclear fuel exchanges with Russia. A Russian official said Russia might agree to build two more reactor units at the Russian-built Bushehr nuclear power plant and six more at another location to be determined.

No schedule was given for any of the planned construction. Rosatom said that all the plants would be operated as Bushehr currently is, under safeguards mandated by the International Atomic Energy Agency, with the nuclear fuel produced in Russia and shipped back there for reprocessing after use.

Comment: These are power generation projects that have been under negotiation for a considerable time. The timing of the announcement, during the Asia Pacific Economic Cooperation (APEC) summit, appears designed to reinforce the perception that Western sanctions are not damaging Russian economic prospects.

General-Major Igor Konashenkov, a Russian Defense Ministry official, dismissed the comments as anti-Russian "hot air" and said "there was and is no evidence" behind the NATO accusations.

Comment: The Russians are fencing with words in their denials. They contend that any Russians in eastern Ukraine are volunteers, an old canard.

On the other hand, the lack of details in the NATO report, including information on the locations and some estimate of numbers, weakens its cogency.

Assuming the NATO reports are accurate, the movements suggest Russia is establishing an undeclared protectorate over the two eastern regions in rebellion. It is ensuring their survival against Ukrainian forces. That would make the actions similar in concept to those Russian forces took in Abkhazia and South Ossetia in Georgia. The big difference is that the Russian military moves into Georgia were overt and undisguised.

It probably is no accident that the Russian reinforcement of eastern Ukraine also apparently overlapped the APEC summit in Beijing.

Egypt: A military official told the Egyptian news agency MENA that armed men from boats fired at a naval patrol on Wednesday north of the port of Damietta. A military source said a "unit of the naval forces was conducting combat activity in the Mediterranean, 40 nautical miles north of the port of Damietta, when a number of fishing boats opened fire from several directions."

The official said air force and navy fighters were deployed to rescue the patrol after their boat caught fire. He said reinforcements "destroyed" the three attacking boats and 20 people were subsequently arrested.

Comment: No group has claimed responsibility for the attack and the Egyptian report did not identify any group. One news outlet claimed the attackers were armed men in fishing boats. Despite Egypt's troubles of the past two years and the continuing unrest in Sinai, few attacks have been reported in the region of the Suez Canal that have impacted its use.